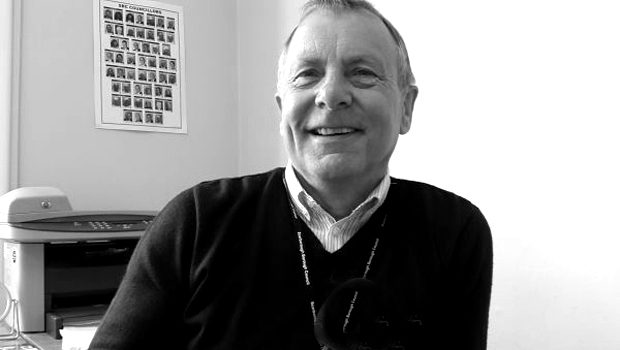 Perhaps relatively few readers of the North Yorks Enquirer will be aware of an erroneous article published by Yorkshire Coast Radio at 11:30am on Friday 13th April 2018 announcing the demise of a highly-regarded local businessman.

The reason I surmise that only relatively few readers will be aware of the falsity of the report is that the article was swiftly withdrawn and subsequently replaced, at 12:11 pm (updated at 12:28pm) by a revised announcement, confirming that the earlier report was in error and apologising for that fact.

An unimpeachable source at Scarborough Borough Council has since asserted that the originator of the false report was none other than SBC Leader Councillor Derek BASTIMAN [Con.], via the Council’s Press Office.

The press release was also sent to the Scarborough News, which declined to run the story, having apparently taken the view that it was both insensitive and inappropriate to run the story before it had been established (a) that it was true (which it was not), and (b) that the businessman’s family connections had already been informed of his passing (which, obviously, they had not).

Setting aside the unprecedented involvement of the Council in such a private matter (I cannot recall the Council ever issuing a statement on the passing of a member of the public), there is also the very serious consideration of what, in my view, constitutes a flagrant and extreme breach of the Data Protection Act 1998 – for, surely, releasing the personal details and existential status of a member of the public without explicit consent is strictly prohibited.

Place yourself, if you can, in the unenviable position of a family member listening to YCR – perhaps in the car, or issuing forth from one of the many shops were YCR provides the background music – learning such grave news for the first time on the public air-waves. Unthinkable.

To compound this dreadful faux pas, multiple sources have contacted the Enquirer with the information that a member of staff at the Town Hall has now been suspended pending further investigation. This information remains unconfirmed – but is all too easy to believe.

I now call upon Councillor BASTIMAN to issue a full statement and apology, and report himself to the Information Commissioner’s Office. He is, after all, a Registered Data Controller, fully cognisant of the requirements of that position.

Others believe that even this will not suffice. One correspondent has requested the Chief Executive, Mr Jim DILLON – with all 50 SBC Councillors copied in – to take full responsibility for his Council’s conduct and tender his resignation. 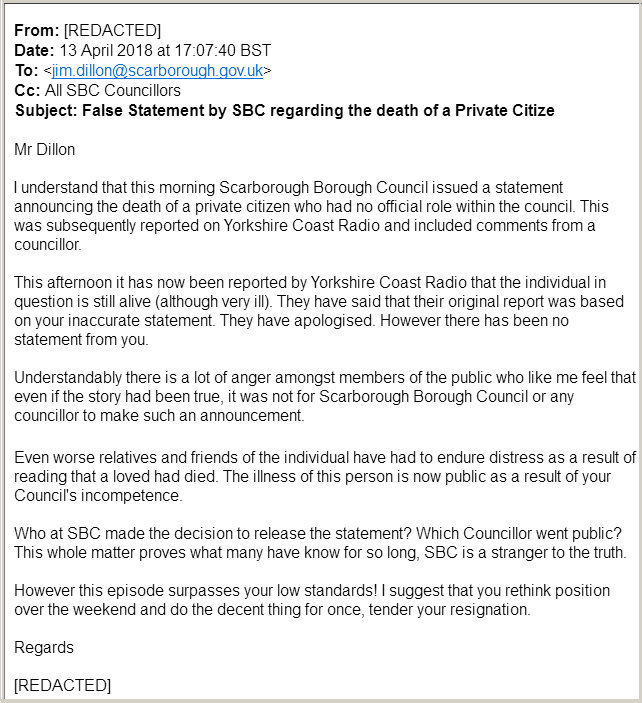