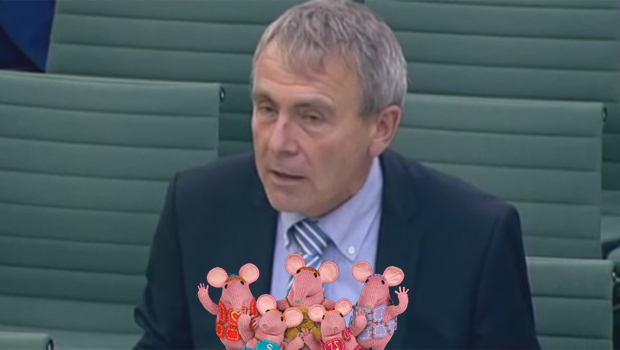 On Monday 8th October 2018, I was contacted by an extremely angry member of the public. Without preamble, he said:

“Did you hear what Robert Goodwill just said on Yorkshire Coast Radio?”

Not a fan, I seldom hear YCR, except when I am passing building-sites or tat-shops, my answer was , “No”. I asked my caller what was the story – whilst simultaneously typing “Robert  Goodwill Yorkshire Coast Radio” into my Google. This is what I found:

Meanwhile, my caller spelt out the bones of his annoyance:

As he waxed increasingly angry, I followed that Google link to the YCR website:

My caller, as it turned out a qualified RMN, went on to say that he had spent a career in mental health, with 32 years clinical experience, much of it specialising in depression and suicidal ideation. He was angry because not only are Mr GOODWILL’s stated opinions untrue, they are actively dangerous.

The World Health Organisation (WHO) confirms that view: 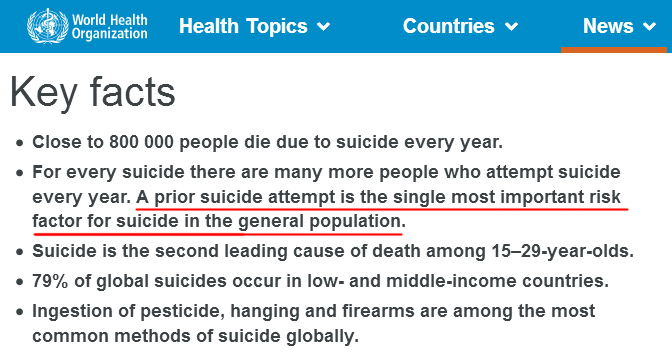 By dismissing those unfortunate enough to suffer suicidal depression as little other than “attention-seekers”, Mr GOODWILL was encouraging those closest to them (and most able to notice the danger signs and offer support )  to simply ignore them as ‘drama queens’. (Or ‘kings’, should PC readers prefer). That is discrimination on grounds of mental health disability – a big step too far. 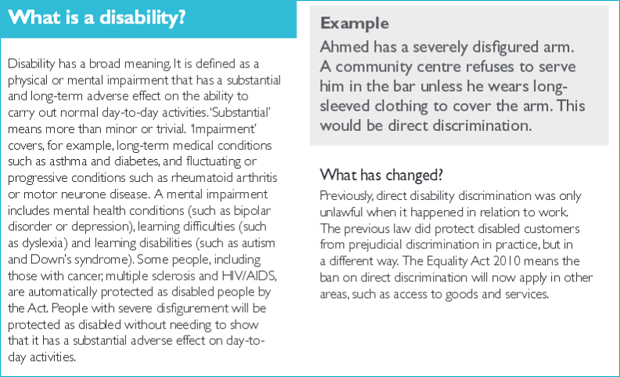 My caller regarded the MP’s comments as so inappropriate that, before calling me, he had already complained to YCR, whose operative expressed shock and surprise that Mr GOODWILL’s remarks could possibly have found their way into the public domain. As he and my caller spoke together, the YCR operative checked the site, exclaiming, “Oh, my goodness – yes, you’re right!”.

He promised that the piece would be immediately withdrawn and, as we have seen, it soon was. Bravo for that, YCR.

Following the call, my first task was to check the facts. I emailed YCR, who confirmed that they were no longer running the story. So far, so good.

But when I asked for a copy of any Press Release from Mr. GOODWILL, YCR promptly responded that there had been no Press Release; the story was based on a recorded interview.

This set me thinking. Why would a reputable news outlet act so swiftly to remove the entire piece? It would surely have been a matter of only a few minutes work to edit the offending passage out of an otherwise innocuous interview.

A contact of mine was able to provide me with a transcript of the interview. It took me no time at all to identify the passage in question.

It was our MP’s response on the subject of suicide – and before citing it, I must emphasize that Mr GOODWILL’s remarks constitute the worst possible advice, as the following unimpeachable sources readily confirm (here, and here) – runs as follows:

YCR Interviewer: “And, obviously, it’s okay NOT to be okay?”

Robert GOODWILL: “Yeah, I mean, if…if…if… if somebodys’ depressed … if somebody’s upset, then, you know, go and find help. Whether it’s friends of family, or… or, even, you know … go and see your GP.”

“But, you know, nothing can be so bad that, that, that really, life isn’t worth living. And, therefore, you know, I just hope that people will go and seek the support they can get – and not keep it pent up.”

Because, one of the things I have actually, sort of, come to realise over the years is: the people who talk about committing suicide quite often are not the ones who, who, who will commit suicide.

“They’re the ones who are crying out for help. It’s the ones that never mention it and it just comes out the blue and I can think of two people I know very well who committed suicide, and it was a complete shock”.

“Completely out of the blue so – that, that is the, the really difficult one. It’s very hard to spot the people who may be … thinking about committing suicide but not talking about it.”

It seems to me that YCR have taken ‘goodwill’ too far in burying this GOODWILL ‘clanger’. Without this present article, I doubt that the public – or, for that matter, mental health professionals and campaigners gathering at the Town Hall tomorrow for a major event in the Borough to mark World Mental Health Day – would ever have learned about the stupidity of Mr GOODWILL’s ‘misdirection’. It would be disappointing if YCR should go down the same route as the Scarborough News and bury news that shows the Tories in a bad light.

But 24,401 electors voted for Mr GOODWILL in 2017, giving him a less than healthy majority of only 3,435 from a  total electorate of 73,599, so perhaps Mr GOODWILL is laughing, too. My guess is that he has drawn well over £100K from the public purse since then. In my view, it is reasonable to expect an MP speaking in public to have researched his subject.

But all this would suggest to me that many people cast their votes with little knowledge of the true calibre of their chosen candidate. The Enquirer does what it can to set the record straight. Yorkshire Coast Radio shares that duty.

I responded to YCR, praising them for pulling the article and offering an opportunity to comment on that curious decision to pull the whole article – and not simply remove Mr. GOODWILL’s inappropriate comments. Content Manager Matthew PELLS responded, thus:

The article was a follow up to an earlier story about the high suicide rates in the borough which you can see here.

I’d hoped the follow up article would look at the policy aspects of the story but feel it failed to deliver that. It didn’t really add anything more to the story. We will return to the issues in future stories we are currently working on.

Thanks for the interest.

I was disappointed that Matthew PELLS steered somewhat wide of the point. A politician in the making? But, hey – top Brownie points for willingness to engage, Martin. Thank you for that. SBC Leader Councillor Derek BASTIMAN [Con.] should take a leaf out of your book.

The timing of Mr. GOODWILL’s remarks is, I note, particularly inappropriate, coming as it does when Mayor Joe PLANT [Con.], having attempted  to eject a Councillor from his Conservative Group for presenting mental health symptoms, has now abandoned his duty to schedule an Extraordinary Meeting of Full Council called to examine the legal implications of CEO Jim DILLON’s disbarment of a Councillor over – mental health issues. The abiding impression is that the Scarborough Conservatives have little time for those in the grip of depression. But hats off to YCR for its comprehensive coverage of the call for an Extraordinary Meeting to discuss SBC CEO Jim DILLON’s response to a mental health issue. It is hoped that YCR will also cover Mr. DILLON’s attempts to block the Meeting.

It would appear that, in Tory-controlled SBC, the standpoint is that depression and suicidal ideation are not symptoms of real illness worthy of compassion and support; rather, they are serious lapses from the Tory ideal and merit dismissal and prosecution. What policy could be better designed to push a patient over the edge? The Scarborough Tories have come, more than once, perilously close to having blood on their hands.

On one point, though, Mr. GOODWILL is right. Suicide is a major issue in the Borough of Scarborough. I am on record more than once as stating that, in my view, the most crucial qualities to look for in our elected representatives are Compassion, Integrity, Talent and Intelligence. It is a question of how much candidates have in what I call their ‘C.I.T.I Bank’ accounts. It is episodes like this that vindicate me in that view; all four are conspicuous by their absence in some of the pitiful specimens presently in office.

Having knocked up this report, I went back to my morning caller and asked for a comment for publication. I grant him the last word:

“Mr Goodwill’s dilettante knowledge of mental health issues is similar to his dilettante grasp of Scarborough’s drug problem. For anyone exhibiting any form of self-destructive behaviour, the risk of suicide – on any accepted psychiatric assessment scale – increases dramatically. I find it an interesting topic for Mr Goodwill to comment upon, given recent insensitive actions at the Town Hall”. 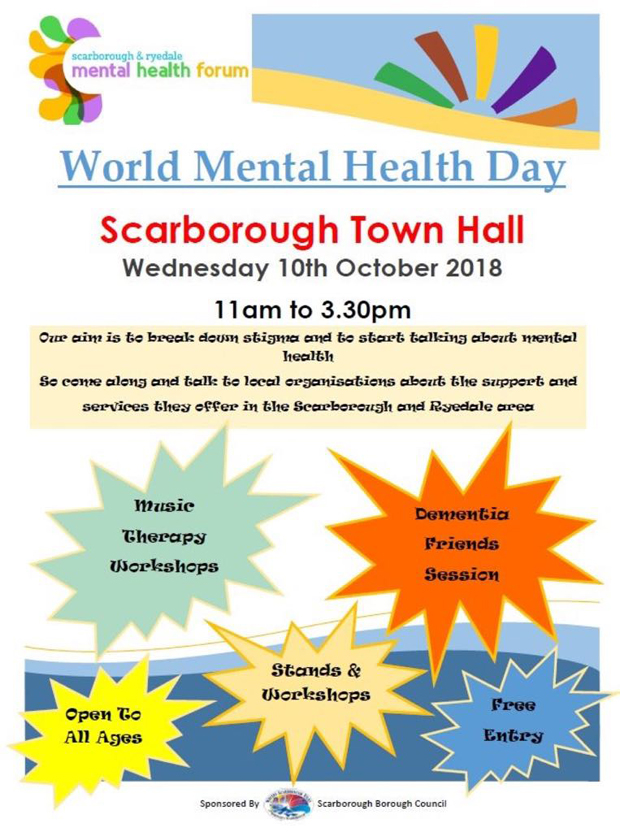