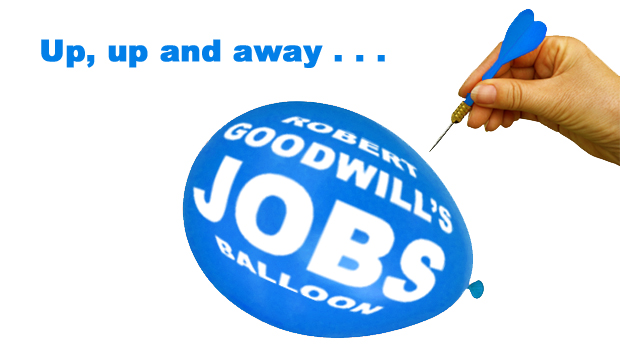 It is coming up for four years now since Robert GOODWILL MP [Con.] (Scarborough & Whitby) first banged his drum for the Sirius Minerals acquisition of York Potash Ltd and the cornucopia of benefits that the new mining venture in the heart of the North Yorkshire Moors was bound to bestow up on his deprived constituents.

5,000 new jobs would indeed have brought about a sea-change in the local employment market.

The location of the projected mine site at Dove’s Nest Farm, Sneaton, just 3 miles south of Whitby, raised local hopes of secure employment to such heights that public support for the mine is said to run at over 97% – according to the Northern Echo.

This public support has been nurtured by a constant drip-feed of hugely optimistic reports in the Whitby Gazette and the Scarborough News.

I drew readers’ attention to a likely ulterior motive behind Gazette/SN editor Ed ASQUITH’s enthusiasm for the mine in my article “SSX, Lies & Print-Media”, published back on 21st May 2013 – never refuted by the man himself. (Ed ASQUITH is the happy owner of a good few acres of well-positioned land – with its associated mineral rights).

I was interested to hear, from a number of Whitby Town (Parish) Councillors, that two representatives of York Potash Ltd had come under penetrative interrogation by Councillor Ian HAVELOCK and Councillor Mike MURPHY at a recent presentation to Council. One salient fact emerged that seems to have escaped mention, either in the local rags or in the Minutes of the Council. How remiss.

The information concerned is that the number of jobs estimated to materialise in the various parts of the Borough, by postcode, forms the result of an in-depth study by consultants Royal Haskoning.

Local readers will be nonplussed – and deeply disappointed – to learn that the following York Potash Ltd map, entitled “Location of labour for the Operation of the Mine”  (dated 26th September 2014), includes disappointing projected figures for jobs in Whitby and the Esk Valley area. I do not remember reading about that information in the Whitby Gazette or the Scarborough News over the nine weeks since the map’s publication. 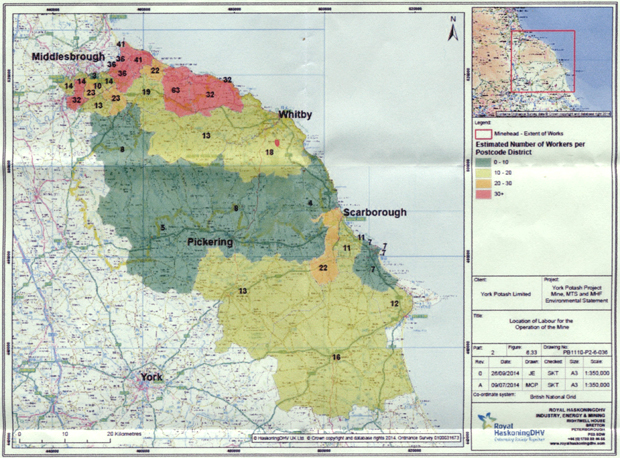 So how many of those much-trumpeted 5,000 jobs have ‘trickled down’ to Whitby and the surrounding area – the ‘Estimated Workforce’ in the YO21 and YO22 area?

So, in fact, Robert GOODWILL’s much-vaunted sea-change in the Whitby labour pool amounts to the merest ripple – thirty-one jobs, in an area populated by over 30,000 people. One job per thousand head of population.

Well. An ‘estimated’ thirty-one jobs, that is. Could be more; could be less. Either way, it is not exactly the Klondyke, is it? What will the 97% make of that?

670 jobs would be most welcome, should they ever materialise. No denying that.

It is the Robert GOODWILL bullshit that rankles – more fertilizer than the potash deposits could ever match. 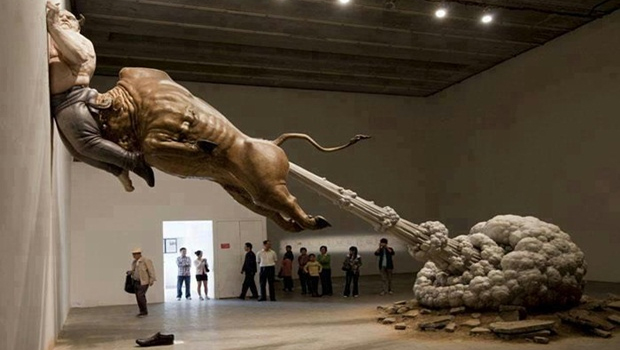