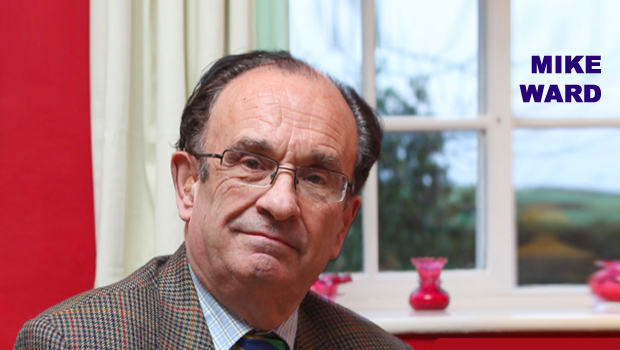 A Letter to the Editor from Mike WARD of Dunsley – as originally submitted to the Whitby Gazette – challenging the wisdom of Police & Crime Commissioner Julia MULLIGAN’s  authorisation of funding for the civil legal action against citizen journalists (reproduced here in its original, unedited and unabridged form, under the author’s own title).

Mike’s letter also appeared in the Whitby Gazette (Friday 12th August 2016), whose modified version is reproduced at the foot of this page, following the unabridged version. Significantly, criticism of the North Yorkshire Police and the Police & Crime Commissioner for North Yorkshire has been excised.

Does a press release tell the whole story ?

Apparently not if you read the article in last week’s Gazette – ‘Police’s £230,000 bill to curb website commenting trio’.

Last year, following FOI requests, the Police & Crime Commissioner said the cost of pursuing the case at that time was £400K+.That figure was reported in the Gazette.

Given the further costs of taking this action to Court should a very conservative estimate of public monies expended to date be £600k+ ?

What did the Police & Crime Commissioner get in return ?

Before any trial took place 8 of the 9 claimants had withdrawn their charge of harassment against Nigel Ward.

An earlier statement made by one of those withdrawing their claim is now the subject of a separate libel action.

As a gesture of goodwill, before the case went into court, Nigel had offered to ask the owners of the Real Whitby and North Yorks Enquirer websites to remove a few articles pertaining to the remaining claimant provided she remained out of public office.

However, Nigel cannot insist they are removed and what does it really matter anyway. Given the way the web works, these articles have been flagged and are available elsewhere so they will always be there to be read if anyone is interested.

The right to comment on the public actions of eight of the claimants remains.

The freedom of the press to report on matters of public interest remains.

When the case against Nigel for harassment was finally brought to court by the one remaining claimant the other week, it was resolved amicably and costs awarded against the claimant.

This will of course mean that the cost of this ill-advised action signed off by the Police & Crime Commissioner will rise still further.

A total waste of police time and money, monies which could have been better spent on policing our communities.

A waste which should have been vetoed by our Police & Crime Commissioner from the outset.

What happened to common sense ?

The public have the right to expect that those in office are held to account but if they in turn are open and transparent following Nolan’s Seven principles of public life they should have nothing to fear from journalists. 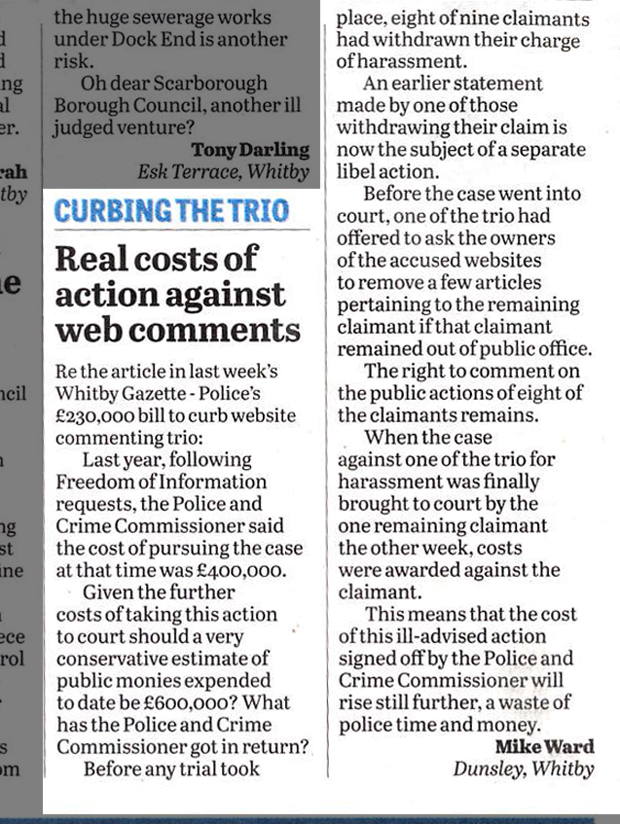