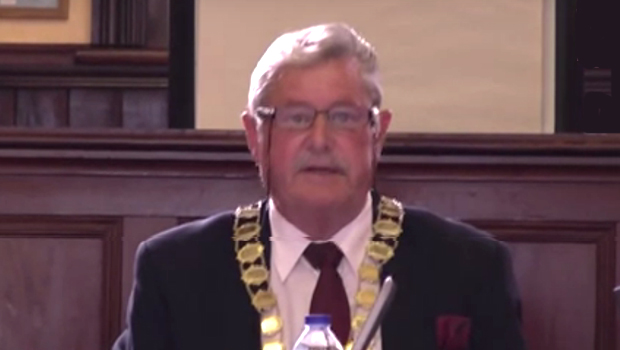 In a recent article, I reported on the extraordinary way in which Pocklington Town Council (PTC) had been conducting its monthly meetings.

In a nutshell, instead of offering members of the public an opportunity to ask questions or make statements by the customary (and legally correct) method of SUSPENDING Standing Orders (the Council’s ‘operating system’, which prohibits interruptions from the floor), PTC had been CLOSING its meetings for that purpose, then unlawfully RE-OPENING them. 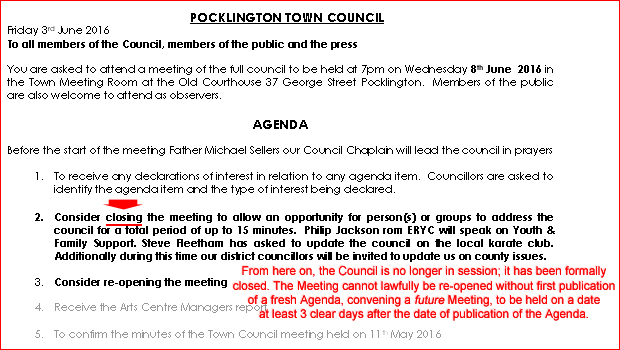 It is therefore the case that, for some years now, PTC has been unlawfully RE-OPENING its meetings. This means that all of the decisions (Resolutions) taken by the Council during these ‘re-opened’ parts of its meetings appear to have been unlawful – technically known as ultra vires.

Far from being a trivial matter, as the members of PTC seem to believe, this is, in fact, very serious indeed.

Many of the Resolutions passed by the Council during these apparently unlawfully ‘re-opened’ meetings involve financial matters – the payment of insurances, loan guarantees, salaries, NI contributions – and these have been made from the public purse without legal authority, during the tenure of former Town Clerk and Responsible Financial Officer Mr Richard WOOD.

I pointed all this out to PTC’s Town Mayor and Chair, Councillor David SYKES [Con.], at the 8th June 2016meeting. Regrettably, I was summarily ignored.

Word now reaches me that a number of Pocklington precept-payers are deeply unhappy about the fact that their money has been unlawfully disbursed.

Fortunately, it would appear that, following the retirement of Town Clerk and Responsible Financial Officer Richard WOOD, at the end of June 2016, a new Town Clerk and Responsible Financial Officer, Mr Gordon SCAIFE, has now taken office – though one wonders whether or not Mr SCAIFE’s appointment was itself legally valid. Personally, I suspect not.

Nevertheless, credit where credit is due; new Town Clerk and Responsible Financial Officer Gordon SCAIFE has published the Agenda for the 7th July 2016 meeting, in strict accordance with the information that I communicated to the Council’s Town Mayor and Chair, Councillor David SYKES [Con.] at the June meeting. 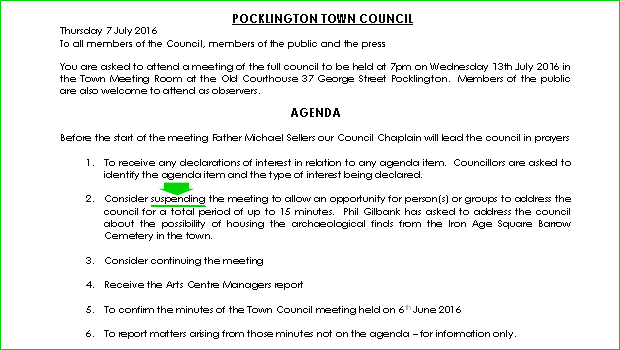 Needless to say, no-one from PTC has contacted me to offer thanks and appreciation for the much-needed advice that I imparted to them, having travelled to the June meeting from my home in Whitby, at my own expense, in the best interests of all concerned.

I invite them to do so now, so that the Pocklington electorate can see that their Town Mayor and his Councillors are capable of acknowledging the error of their ways, simultaneously evincing a modicum of common courtesy. That would be entirely appropriate.