Two members of a Scarborough drugs gang who absconded before they could be sentenced by a judge are being sought by police. 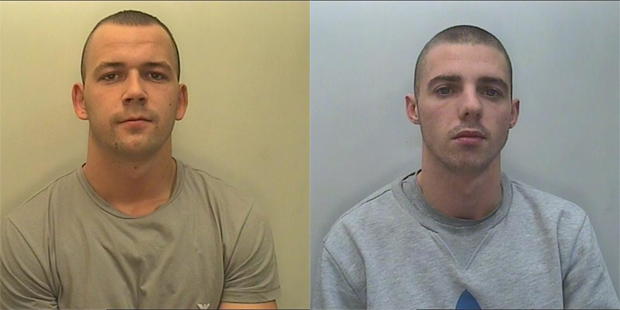 Detectives are urging the public to help them track down Sonny ELMS (above left) and Paul Daniel HEATON (above right).

Both defendants failed to appear at York Crown Court on Wednesday, 1 February 2017, where they were due to be sentenced for conspiracy to supply class A drugs, namely heroin and crack cocaine.

Five members of the gang are currently starting prison sentences that add up to almost 20 years after appearing at the same court last week.

Elms and Heaton have links to Scarborough and Manchester, in particular Failsworth, Moston and Cheetham Hill.

Warrants have been issued for their arrest.

ELMS is 24 years old, 6ft 1ins tall and a proportionate build. He has dark eyes and blond hair, which he often shaves.

HEATON is 26, 5ft 11ins tall and is also proportionately built. He has blue eyes, short hair and is often unshaven. He speaks with a Manchester accent.

Anyone who has information that could help detectives locate either man should contact North Yorkshire Police on 101 and select option 1. Any immediate sightings should be reported on 999. Alternatively, you can call CrimeStoppers anonymously on 0800 555 111.