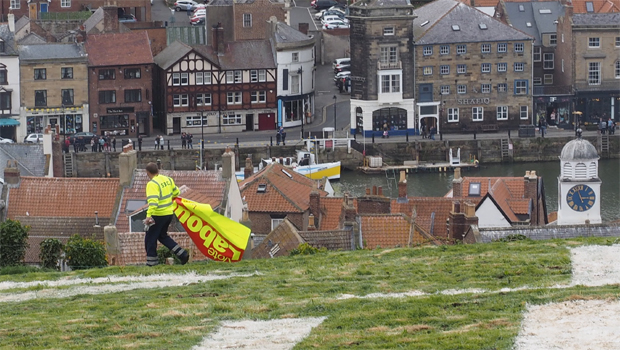 The clock on Whitby’s old Town Hall shows three minutes to three this afternoon, Friday 1st May 2015, as an SBC employee removes a Labour banner from a position on the Donkey Field (more properly, Jacky Field) -moments before the arrival of the television helicopters covering the Tour de Yorkshire as it sped through Whitby.

It is not commonly known that, thanks to former Whitby Town (Parish) Councillor Tom BROWN, the Donkey Field is Whitby’s Town Green. It is also a Scheduled Ancient Monument due to its proximity to Whitby Abbey.

The land itself is in the private ownership of the Strickland Estate, but may be used freely by members of the public.

One thing is certain: Tom FOX’s Scarborough Borough Council holds no jurisdiction over the Donkey Field. 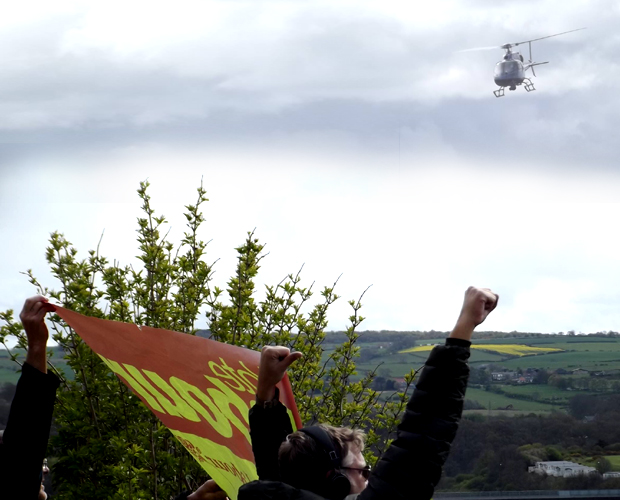 But that proved no impediment to the Tory troublemaker who privately urged the Council to flex its corporate muscles and remove Whitby transparency-campaigner Tom BRODRICK’s Labour Party banner – too late. 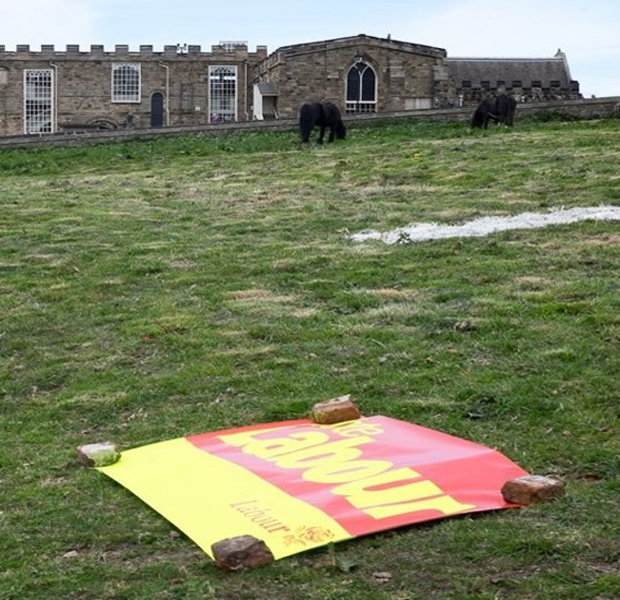 Next up, the Tory-led Council called upon its old partner in crime the North Yorkshire Police, and Police Officers were despatched to the scene. 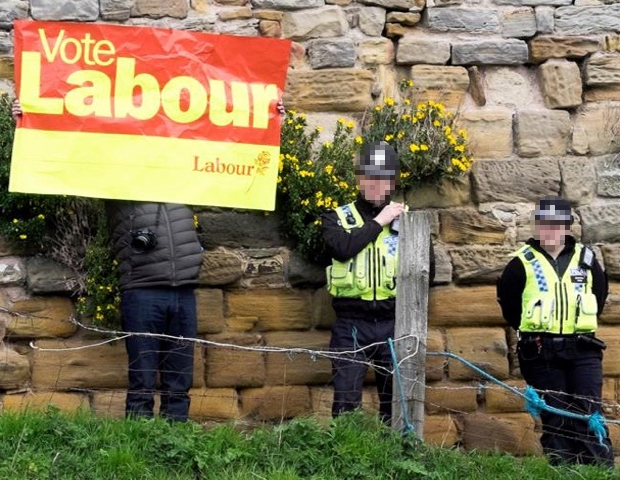 Tom BRODRICK was cautioned to the effect that if he made any attempt to replace the banner, the Police would support the SBC minions in effecting its removal and if Tom resisted or failed to comply with the requirements of the SBC minions, he would be arrested for disturbing the peace. 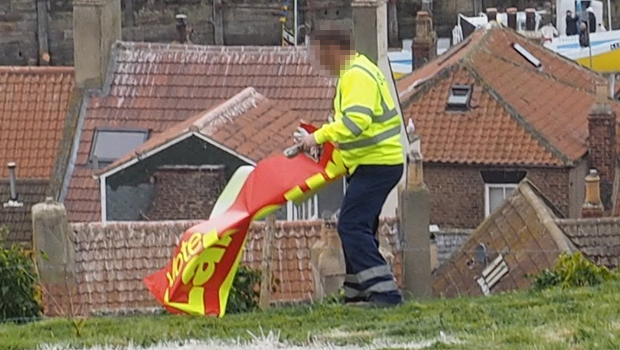 An eye-witness told the Enquirer;

“This seems heavily biased to me. There are a huge Conservative banners for their candidate, Robert GOODWILL, alongside the race route coming into Whitby from over the Moors and going out of Whitby along the Scarborough road. How can it be right that Tory banners are permissible – but not a single Labour banner? No wonder questions are being asked about the integrity of the elections”.

Apparently, Scarborough Borough Council is unaware of Secretary of State Eric PICKLES announcement that planning regulations which formerly required express consent for flag and banner flying were scrapped in England from October 12 2012. Previously, securing the permission cost as much as £335. 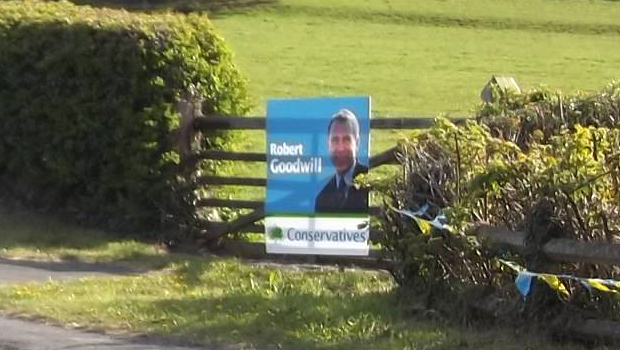 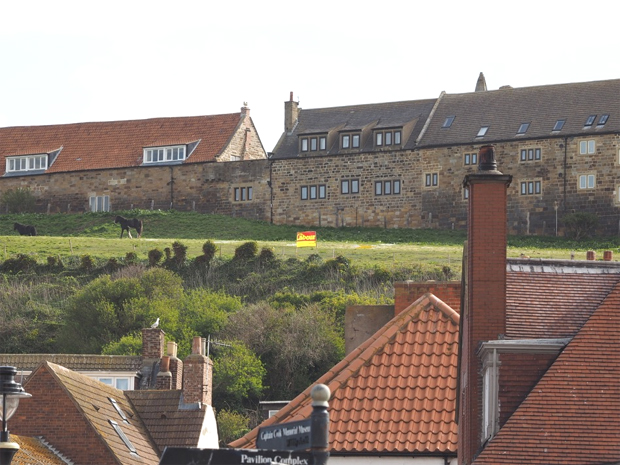 It’s odd how SBC clearly commited a breach of the peace.

I was threatened with a breach of the peace, yet it was MY property being damaged and it was on PRIVATE land.

It’s a sad state of affairs when the police interfere with a simple Labour Poster.

The more I think about it the sadder I become.

“Well stop thinking about it” I here you say.

It is a well known fact that millions of people died upholding freedom of speech, freedom of expression.

It’s at times like the recent NORTH YORKSHIRE POLICE intervention and removal of a Labour poster that it dawns on you that you live in Great Britain.

So, North Yorkshire Police, does it depend on what day it is, which way the wind is blowing, or whether or not you can be arsed to remove posters?

There is no power of arrest once the breach has finished, so any arrest occurring after the breach will be unlawful.

The police are able to arrest and detain anyone who is committing, or they have reasonable cause to believe is about to commit, a breach of the peace.

Human Rights Concerns over Breach of the Peace

Breach of the peace has the potential to conflict with a number of articles of the European Convention on Human Rights and Fundamental Freedoms 1950, including Articles 5, 10 and 11, which protect the rights to liberty and security, freedom of expression, and assembly and association respectively. 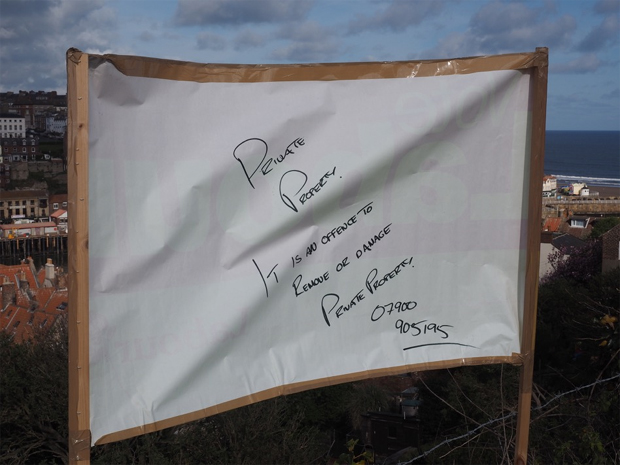