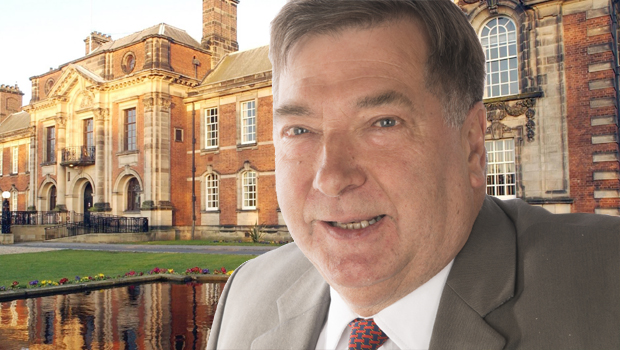 In a letter bristling with brazen hypocrisy, Labour’s North Yorkshire Leader, Councillor Eric Broadbent, has called out the North Yorkshire Tories for increasing their councillor allowance by 2.5% per annum. 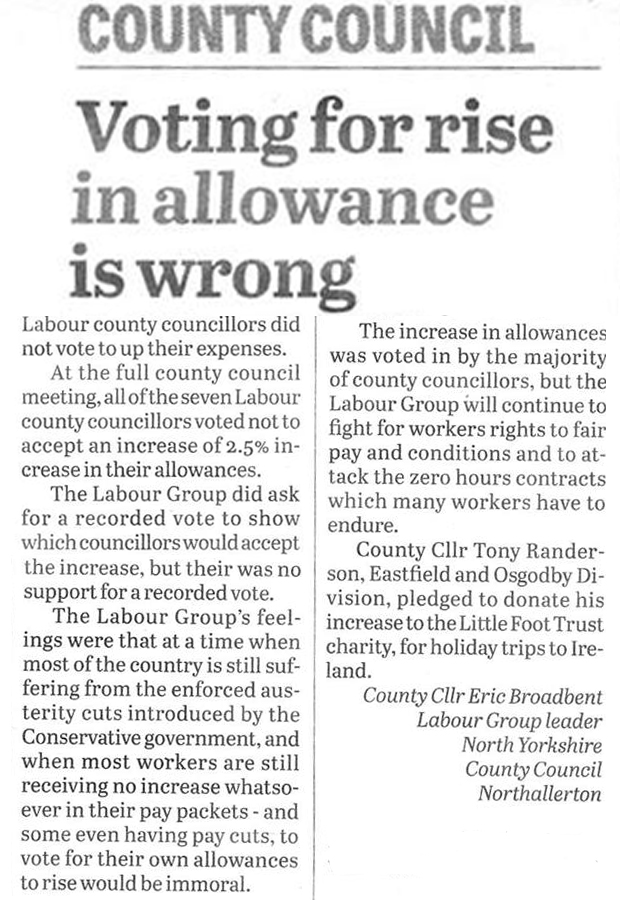 I can hear many of you saying you agree with Eric and you can’t see much in the way of any hypocrisy.

As you know, the North Yorks Enquirer fashions itself as an unbiased source of information. Nigel and I have spent many an hour pouring over the reams of information provided by councils across North Yorkshire on such lofty subjects as, yes, you guessed it, Councillor Allowances.

Imagine my surprise when I delved into North Yorks Enquirer’s archives to take a look at previous transgressions by greedy councillors and the name of Labour Councillor Eric Broadbent popped up.

Imagine my surprise when Labour Councillor Broadband’s ill-gotten gains were featured on the BBC’s flagship regional investigative journalism programme, Inside Out, and he opted to continue taking the money.

Imagine my surprise when I find out that Councillor Broadbent hasn’t once offered to repay that £2,000, nor donate that £2,000 Broadband Allowance he should never have received to the Little Foot Trust or another worthy charity.

No, Eric, The Broadbent Beer Fund or the Labour Party are not suitable ‘charities’.

I wonder, will Labour Councillor Broadbent’s arms grow sufficiently long enough for him to reach the wallet in his deep pockets and donate that £2,000 to the Little Foot Trust children’s charity or will the mean and greedy Labour Councillor Broadbent keep the money he looted from the public purse and deny those children a once in a life time trip to open their eyes to great opportunities?

We’ve had some big shocks over the last year. We’ve had Brexit and the rise of Trump, but surely Labour Councillor Broadbent repaying this £2,000 is an outside bet no one will take seriously.

I’ll be running for election to North Yorkshire County Council in the next few weeks. One of my objectives, should I get elected, will be to sour the trough these councillors have their noses firmly wedged in.