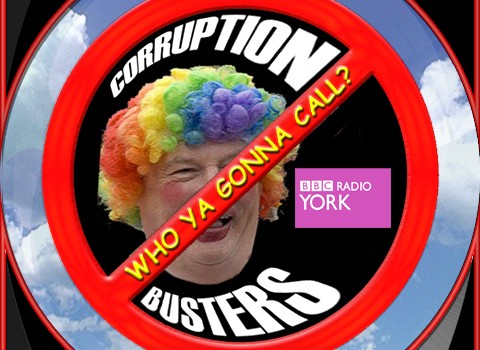 Ever since I read the e-mail sent to Tim Hicks about ‘Broadband Double-Dipping’ accusing some contributors of being bullies and Internet trolls, I’ve been trying to get into the mindset of the author. I’ve heard the author refer to Nigel Ward as a terrorist recently.

I’ve tried to view it as two diametrically opposed viewpoints, but I think there is some common ground between the two sides of the argument. I believe that most Councillors have been badly advised, and thus railroaded into the current position because the Monitoring Officers were not fully aware of documentation on their own Authority websites that detail the allowances further.

Some Councillors are privately saying they just want to pay back the money and get it over with, well before the County Council elections next year. Some want to tough it out because they dislike Mr Ward, and admitting they shouldn’t have received two allowances for the same thing will jeopardise their chances in the County Council elections next year. I also believe the response stems from being in an indefensible position, so the Councillors resorts to shooting the messenger as it is his only recourse.

In the NYCC case, the Monitoring Officer concerned was about to issue a decision notice that stated Councillors were unaware that their basic allowance covered a broadband element, but unfortunately details of eight of the ten Councillors attending meetings discussing and then voting on the allowance were found, so the Monitoring Officer hurriedly changed the position from ‘unaware’ to being ‘fully entitled to receive the allowance’ as there was little other option.

In the SBC case, the decision regarding husband and wife Cllrs both claiming the allowance for the same address is less straight forward. The first decision made abdicated responsibility for making a decision, and quoted the Independent Renumeration Committee’s previous deliberations over allowances to be their default position and that is the reason for not taking any action against Council Leader Tom Fox.

Since that time, the Independent Renumeration Committee has decided that Councillors should only claim for expenses incurred. There was recently an opportunity to question Councillor Fox over his allowances ‘live’ on Radio York, so I took the opportunity. I did a bit of homework regarding Cllr Fox’s claims and it appears they are not backed up by documentation on the SBC website. I’m again left with no option but to make another complaint. Wouldn’t it be nice if someone would agree the double payments were unfair on the tax payer and pay back the monies for once?

I phoned Radio York and questioned Councillor Fox whether it was fair that husband and wife Councillors both received Internet Allowance from SBC, given that they shared the same Broadband connection. Cllr Fox responded:

“It was an allowance, not an expense and that allowance covered a multitude of things including telephone calls as well as Broadband and facilities for allowing the computers to work including paper, including print cartridges, etc etc.”

The segment can be listened to here if you want to corroborate those words: http://dl.dropbox.com/u/20492001/fox.mp3

After having enquired further it is apparent that Councillor Fox has grossly misinformed the public with regard to the expenses he has received. The allowance is actually for:

“The panel were informed that the present scheme provided a Basic Allowance for Members of £255 per annum or £21.25 per month is to cover the cost of a member obtaining Broadband connection and the sundry costs of running a computer and other telecommunication equipment.”

I am complaining because I believe that Councillor Fox has brought himself and the Council into disrepute by grossly misinforming the public with regard to the expenses he has received.