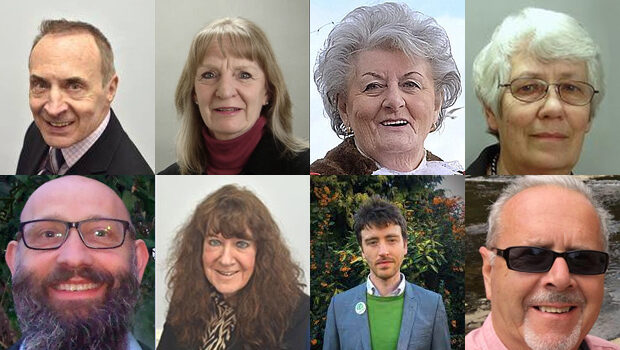 Guest Author Alderman Murphy shares his views on the recent Houdini routine at Scarborough Borough Council – and those who made it possible.

So the third Vote of No Confidence (VoNC) brought against LABOUR leader, Steve (“It’s a Dog’s Breakfast”) Siddons, was lost and the dictator continues his shambolic rule of the Borough. This result will, I suspect, be disastrous for us – “the little people” – but the gang in the Ivory Tower will no doubt be rejoicing that Siddons’ luck has held yet again.

Mind you, I say luck but it was actually the votes of the usual suspects that enabled Siddons to cling to power. As happened in the two previous VoNCs, Siddons had the support of so-called Independent Councillor Janet Jefferson and her five Independents.

These six so-called Independents were supported by the two Green Party members, Cllrs Will Forbes and Neil Robinson, who won their seats in the Falsgrave and Stepney ward on a Green Party ticket.

However, if you voted Green in Stepney and Falsgrave, expecting to get a Green Councillor, you wasted your vote. These two jolly green giants have supported Siddons and his loony left Labour Party chums like good little lap dogs right from the start of the current madness and, true to form, betrayed their electorate yet again, and voted to save Siddons again.

Sadly, voter betrayal is not, at SBC, only restricted to these two groups. There was also a small band of ex-Tories, who once the Conservatives lost power, dumped their true blue tickets – which was the only reason they got elected in the first place – and suddenly decided they now wanted to become ‘unaffiliated’ Independents.

These ex-Tories, now displaying their disloyalty to their party and their total disregard for the wishes of those who voted for them, would not have stood a chance of being elected had they actually stood as Independents and yet now here they are, elected on a Conservative ticket, supporting a socialist LABOUR leader.

This disgraceful display of voter betrayal, one would think, would be difficult to surpass, but this, after all, is Scarborough Borough Council, so perhaps it will not surprise anyone to learn that there is one further, even greater, betrayer of the electorate and that is so-called (again) Independent Councillor John (“Acko”, or, as some call him “Wacko”) Atkinson.

Now Atkinson, who some might recall beat me by 49 votes in the Northstead Ward, was something of a surprise winner in 2019.

Prior to the election, Atkinson was something of a nobody. Nothing changed there, to be honest, but unlike me, while I was campaigning to get as many Independents as possible elected throughout the Borough, neglecting –  I have to say – my own campaigning in the Northstead Ward, Wacko was busy doing what I should have been doing, and that is knocking on doors drumming up support.

Anyway the result, as they say, is now history and Wacko got elected and I got stuffed: not that I am bitter gerrrr.

Anyway, be that as it may, we are now heading towards new elections in May and the fate of some of these individuals, that is the few brazen enough to put their name on a ballot paper, will be in your gift.

My guess is that Siddons will sit this one out. He has, after all (if my post bag is anything to go by), got more chance of being arrested on the South Cliff than elected.

However, there will, I suspect, be some current Councillors (Siddons’ supporters) who, in May, will think they can fool the electorate again and pretend it was not them who kept this rotten regime in power.

My feeling is, you won’t be fooled again.

For my own part, I shall be putting my name forward, as a a genuinely independent Independent, in Scarborough’s NEWBY ward. So brace yourselve, my fellow residents, in the NEWBY area. I do not intend to make the same mistakes I made in 2019; MURPHY will be contacting you, no trips to TUSCANY for me.