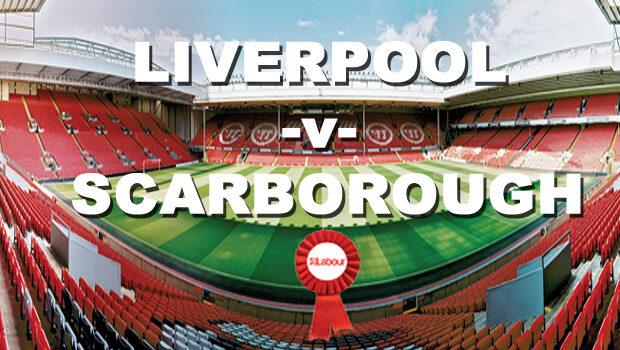 As many of you will have seen, Local Government Minister, Robert Jenrick, has recently intervened in the running of Labour controlled Liverpool City Council. Jenrick was forced to act when the “deeply concerning” findings of a report into the administration of Liverpool Council, conducted by government inspector Max Caller, were spectacularly revealed. The Minister said that the Caller Report into activities at the City Council “paint a deeply concerning picture of mismanagement, breakdown of scrutiny and accountability”.

Jenrick told Parliament that Labour-controlled Liverpool Council had “a dysfunctional culture” putting public spending at risk. There was a “failure of due process across planning and regeneration including a worrying lack of record keeping”. Mr Jenrick said the Report identified that the actions of the Labour administration had “undermined the city’s economic development”. To which he added:

“A lack of scrutiny and oversight across highways, including dysfunctional management practices, no coherent business plan and the awarding of dubious contracts”. He added: “A failure of proper process, relating to property management, including compliance with the council’s own standing orders – leading to a continued failure to correctly value land and assets, meaning taxpayers frequently lost out”.

Now, I don’t know about you, my fellow ratepayers, but when I read these conclusions it struck me almost immediately that the way in which Labour, and their Officers, were running Liverpool Council and how Labour, and our Officers, are running Scarborough Council was almost identical.

The Report looked at Liverpool’s bookkeeping record and found a “worrying lack of record keeping”.

The books at Scarborough Council are so badly kept that its external auditors, Mazars, have been unable to sign them off for over five years.

Jenrick highlighted the “breakdown of scrutiny and accountability” revealed in the Report.

The Harbours Master Plan, commissioned by Labour-controlled Scarborough Council, which sets out how our harbours will be developed in future years, seems to have been undertaken by a consultancy firm who have been allowed to develop their ideas without any “scrutiny or accountability”. The plan looks to have been developed with virtually no regard for the views of harbour users, our fishing communities or any of the business owners who live and work in the affected areas.

Scrutiny and accountability, as far as our harbour users are concerned, looks to be a total joke with Officers and elected members doing exactly as they please, without the slightest reference to what users might want.

The Minister accused Liverpool Council of failing to “comply with its Best Value duty” complaining further that Liverpool Council had “no coherent business plan and had awarded dubious contracts”. He added that there was:

“A failure of proper process, relating to property management and the Council had failed to “correctly value land and assets, meaning taxpayers frequently lost out”.

Any of the above sound familiar? Could not the same accusations be applied to Scarborough Council over its notorious ARGOS deal? This deal, which, if it goes ahead, will see the Council borrow £22 million to fund the development of a block of student flats for Coventry University, is seen by most right-minded residents to be nothing short of a scam.

The Councils ARGOS deal demonstrates to me, and I suspect to many hard-pressed ratepayers of the Borough, that Scarborough Council, just like Liverpool Council, is not “complying with its Best Value duty” has “no coherent business plan” is responsible for awarding “dubious contracts” and has failed to adopt “proper process, relating to property management”.

In fact, the picture which has emerged at Scarborough Council over the last two years is a “deeply concerning picture of mismanagement”, revealing a leadership which ignores “compliance with the council’s own standing orders”. A Council with a Senior Management Team that seems more concerned with clinging to power rather than addressing the many concerns of the residents it claims to serve.

So MP Mr Jenrick and government inspector Mr Max Caller, methinks your work is not done and if you want another Council to investigate you could do worse than to investigate the pantomime that is Scarborough Borough Council. A Council which excels at mismanagement, seems to have no scrutiny and accountability and undoubtedly has “a dysfunctional culture”.