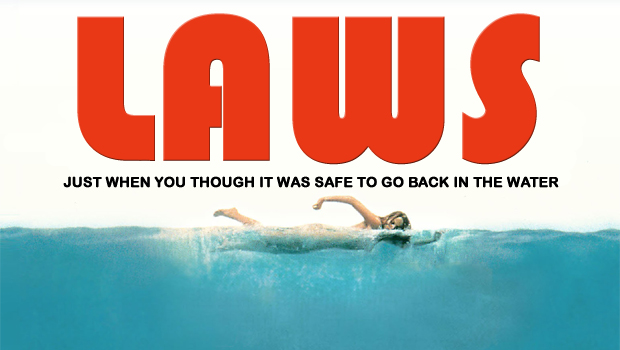 Today’s Guest Author is ALLAN ROBERTS of Scarborough, who has been monitoring Scarborough Borough Council’s reaction to the news that Scarborough South Bay bathing water rating has been down-graded from ‘sufficient’ to ‘poor’.

The 8th November 2016 presented devastating news in the local and national newspapers,  and on local radio.

For many it was Donald Trump’s election victory, but for those of us in Scarborough it was the equally devastating – albeit predictable – news that Scarborough South Bay’s bathing water had been downgraded from its previous “SUFFICIENT” to “POOR”.

According to a Mr Richard Clarke from the Environment Agency, who is on record as stating to Yorkshire Coast Radio, that:

“The bathing water quality at Scarborough South has been qualified as poor, and unfortunately that means that signs will have to be displayed on the beach advising the public against bathing there.

It doesn’t mean that the beach won’t be open that will be open for people to enjoy, and we are working with the council and other organizations to improve the water quality in the area.”

The Environment Agency is a member of the Yorkshire Bathing Water Partnership, along with Yorkshire Water, Welcome to Yorkshire, and Scarborough Borough Council.

True to the words of the Environment Agency, the following day Scarborough Borough Council employees did indeed erect new signs at the South Bay, adjacent to the newly-built Lifeboat Station.

However, the signs did not display the advice stated by Environment Agency, but instead displayed the following incorrect and misleading information: 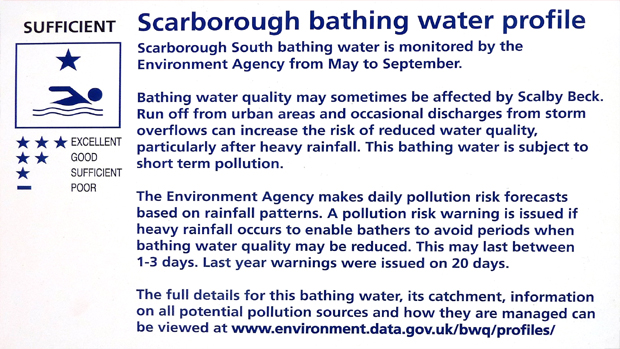 Readers will note that the sign incorrectly credits the South Bay water quality as ‘SUFFICIENT’ and rates it as 1 Star.

The information displayed clearly contradicts the statement made by the Environmental Agency, who as members of the Yorkshire Bathing Water Partnership along with Scarborough Borough Council, must collectively adhere to the EU Bathing Water Directive 2006/7/EC.

As a member of that partnership, it is the Environmental Agency who must monitor and determine bathing water quality and pass that information to SBC who are then tasked with the statutory requirement to display adequate and factual information to the public.

If the water quality is classed as ‘POOR’ then Governmental guidance dictates that:

‘If a bathing water is classified as ‘poor’, a council has to display an ‘advice against bathing’ symbol. Councils must also display information on the causes of pollution and measures to clean it up’.

In addition the Council must display this symbol on its signage. 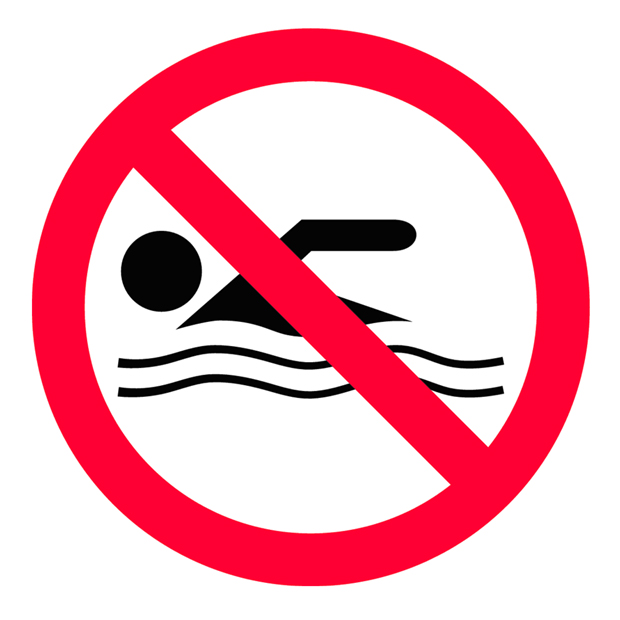 So why is SBC deliberately disregarding its remit within the Yorkshire Bathing Water Partnership, by displaying incorrect, misleading and dishonest information, in complete disregard of its duty of care to the HEALTH and SAFETY of bathers, surfers, paddlers etc?

Why is SBC also ignoring the advice of the Environmental Agency,  a fellow partner of the Yorkshire Bathing Water Partnership, whose remit it is within that group to monitor water quality?

Could it be that Governmental guidance dictates that the warnings must remain on display until the water quality has been proven to have improved, over a period of three consecutive months, and that water sampling does not begin again until May 2017?

Could it be that the SBC are keen to avoid an ‘Amity’ situation – where the Mayor of that town plays down the existence of a killer shark, fearing it will ruin the town’s summer economy?

Is it a coincidence that since the nearby outfall extension at Cornelian Bay came online in June 2016, that the water quality then dropped from “SUFFICIENT” to “POOR” in July, August and September?

I would assume that SBC will acknowledge that they have a duty of care to the general public and, in doing so, ensure that the signs are corrected (or removed) with immediate effect, and also that correct information will be displayed warning the general public of the risks involved in bathing in the South Bay’s waters in a timely manner. I doubt very much that SBC will want to explain to a pregnant mother the potential loss of her child, or a person with some debilitating illness like Crohn’s Disease – or even advise mothers with young vulnerable children, who may ingest these waters.

Finally, what advice is the Yorkshire Bathing Water Partnership offering to the Lions Organisation who will, I assume, be holding their annual New Year’s Day dip in the South Bay on the first day of 2017? 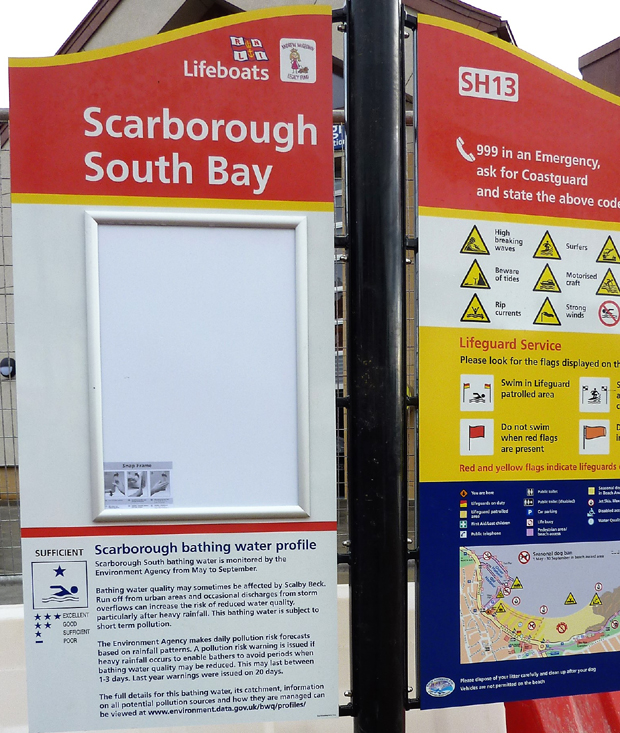