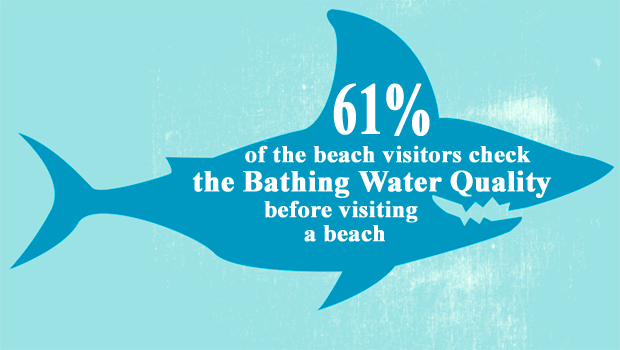 In a series of recent Freedom of Information requests, Lynsey ATHERTON, Flag Development Officer at Keep Britain Tidy (KBT) – the body responsible for bestowing Blue Flag Awards for Bathing Water Quality (BWQ) to the beaches of England and Wales – has confirmed, piecemeal, the following information:

One further piece of information has been released by KBT, on Friday 17th November 2017, that defies common sense and good practice:

In simple terms, this means that anyone booking a holiday in Scarborough during the May-September 2018 bathing season prior to 17th May 2018 will be kept in the dark about the absence, after 14 years, of the Blue Flag assurance of ‘EXCELLENT’ Bathing Water Quality in Scarborough’s North Bay – everyone, that is, who is looking to book a B&B, a hotel room, a caravan or camping holiday, a surfing/swimming/snorkelling/scuba-diving break in Scarborough, in short, the town’s tourism clientele – specifically, the clientele of the members of the Scarborough Hospitality Association (SHA).

And remember that visitors looking to enjoy the traditional seaside pursuits in Scarborough will not only be denied Blue Flag bathing facilities in North Bay; South Bay has already lost its Blue Flag – though that is no secret.

In fact, England’s pre-eminent east coast seaside holiday location – from Clacton-on-Sea, in the south, to the Scottish border – is the ONLY tourism destination unable to offer visitors (or residents) the security of Blue Flag bathing – an ‘EXCELLENT’ BWQ-rating. 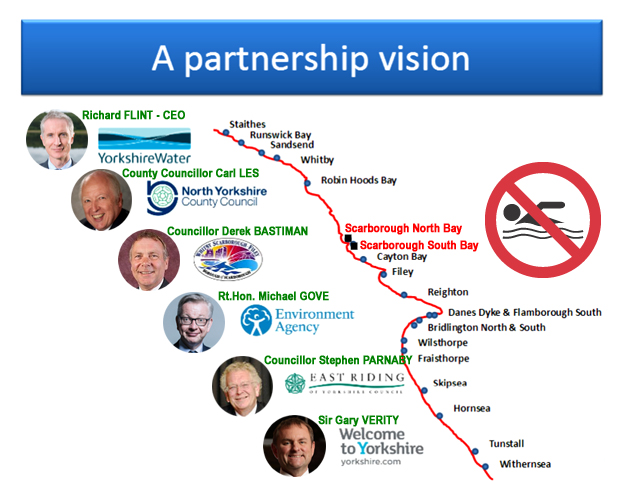 Ostensibly, these organisations have made no announcement because, as noted above;

And remember that, according to KBT, an estimated 61% of visitors check Bathing Water Quality before visiting a beach. It follows that the organisation most needing to know that Scarborough has now lost both of its Blue Flags is the Scarborough Hospitality Association (SHA), who have apparently not been made aware.

So it is difficult to avoid the speculative view that there just might be a conspiracy of silence here amongst the various ‘partners’ in the Yorkshire Bathing Water Partnership.

On what basis might the members of that organisation (listed above) have reason to collude?

And speaking of product placement, ITV’s “Emmerdale” is sponsored by McCAIN Foods (GB) Ltd (McCAIN), who have considerable expertise in the art. 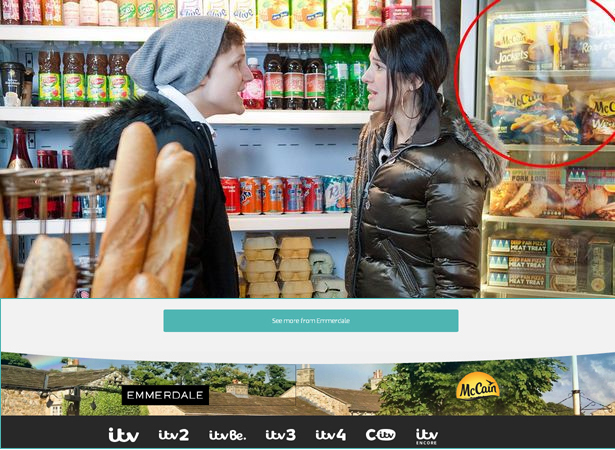 McCAIN, remember  – unlike the dogs and seagulls and donkeys whose excrement has been blamed for the falling Bathing Water Quality (first in South Bay, now in North Bay, too) – off loads 3,800 to 4,000 tonnes of industrial effluent DAILY into the sea, via the Wheatcroft Long Sea Outfall (LSO), with permission to increase that to 6,050 tonnes daily, as necessary. And the EA has confirmed that YW undertakes no filtration of the McCAIN effluent, nor even monitors the content of the discharge.

Fortunately, we have the assurance of McCAIN that they put “sustainability” at the centre of everything they do. So that is alright, then. Keep shopping, folks.

SBC pays W2Y £20k per annum for the privilege of membership.

The £90k which  SBC paid to the RNLI for Lifeguard services in 2011 has risen to £160k this year, though with the present 5-year contract about to expire, it remains to be seen whether or not the RNLI (famously risk-averse) will be willing to commit Lifeguard personal into waters where “Advice Against Bathing” notices are posted.

The Yorkshire Festival will run from 27th March to 6th July 2014. It is a festival of free cultural events in the 100 days leading up to the Tour de France in Yorkshire. The Festival is organised by W2Y, with sponsorship and funding from, amongst others, YW.

Of course, the RNLI is W2Y‘s Official Charity for the Tour de Yorkshire.

And the RNLI is also the recipient of the McCAIN  Yorkshire Coast £10K Benefit Charity.

Some tidy annual sums, these – most of them your tidy annual sums – riding a cosy little money-go-round, all chums together. But the main players (the ‘partners’ in the YBGP) have between them offered no advance warning whatsoever to the tourism industry – W2Y’s leading function – and no advance warning whatsoever to visitors, residents or small businesses that another of Scarborough’s crowning amenities has fallen by the wayside.

Who stands to gain from this well-kept secret?

That is a complex question which I am not yet able to answer in full. But we may suspect that every time the money-go-round revolves, a tidy sum is dedicated to keeping executive bums on executive leather seats in prestige cars and panelled offices, where their owners may contemplate magnificent retirement terms and opulent pension plans in the comfort to which they have deservedly become accustomed. It’s tough at the top.

Far easier is it to assert that neither visitors, small businesses nor residents will benefit. Quite the reverse.

Visitor, small businesses and residents will simply be left to note, with mounting sorrow, the further decline of the one-time Queen of the Coast – while the region’s institutions continue to play Russian roulette with public money, rather than tackling the fundamental issue – the pollution that has despoiled both of Scarborough’s beaches.

Scarborough Borough Council has a manifest Duty of Care to visiting and resident bathers, and a debt of responsibility to small businesses – B&B, hotels, caravan and camp sites,  vendors of seaside accoutrements and café/restaurant operators.

The Environment Agency is the prosecuting authority for industrial waste infractions. One would hope that it cannot be deflected from its statutory duties by the wishes and desires of the happy band who ride the money-go-round.

In my view, it is high time that SBC Chief Exec, the almost invisible Jim DILLON, wrote to the Rt.Hon. Michael GOVE MP (Secretary of State for Environment, Food and Rural Affairs), urging immediate Ministerial intervention.

When SBC, supported by the EA, assure us that the Yorkshire Bathing Water Partnership is ‘on the case’ – providing SBC with placatory statements blaming seagulls and dogs for the woes besetting first of the South Bay and, in the fullness of time, the North Bay – there is no mention of Yorkshire Water’s ineptitude and negiligent disregard for the environment. This should not surprise us, given that the Chair of the Yorkshire Bathing Water Partnership is none other than Sir Gary VERITY, also CEO of Welcome to Yorkshire.

No discernible conflict of interest there, eh?

“Trebbles all round” as Private Eye would say. 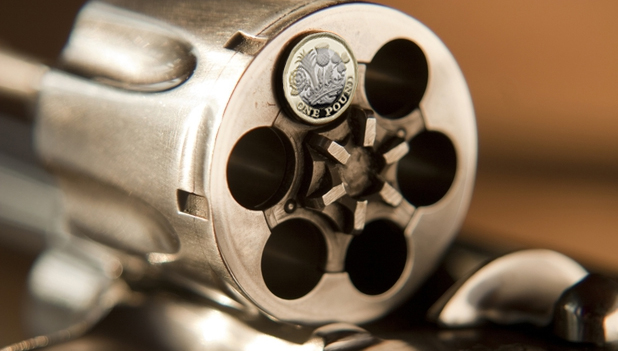