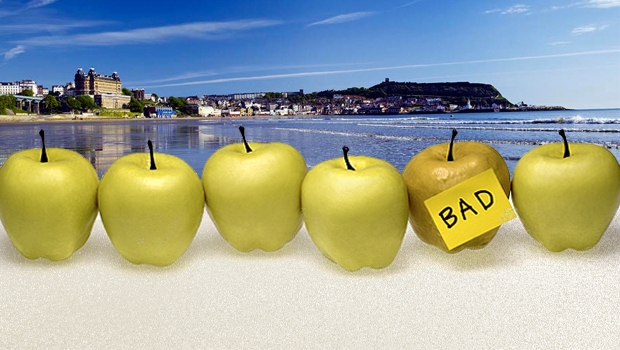 When first I began to take an interest in the conduct of democratically elected public servants, I soon found myself handicapped by the rather naïve expectation that seats on Scarborough Borough Council would be held by the cream of the Borough’s citizens – worldly men and women of considerable academic qualification, well-travelled, widely-read, speakers of two or three European languages, articulate and honourable in a degree seldom found amongst we lesser mortals who comprise the wider population. In short, I expected candidates who fully merit the onus of leadership. Exceptional people; exceptional in terms of compassion, of integrity, of talent and of intellect.

I expected them to fulfil their rôles as representatives of the people, not only in contributing to the making of decisions on our behalf, impartially and with our best interests foremost in their minds, but also in scrutinising the conduct of their paid Officers who – unlike the elected members – enjoy career-long security of tenure and tremendous influence, uninterrupted by the cordeal of facing a four-yearly challenge at the ballot box.

There are fifty elected Councillors at Scarborough Borough Council. Amongst them, I have found too many who have sought public office as a route to personal enrichment and self-aggrandisement; too many who may best be described (with a certain generosity of spirit) as mediocre; too many who are barely numero-literate; too many cheap crooks; even the odd cretin.

But I have also engaged with Councillors who place the highest possible value on their integrity. I salute them.

The curious fact is that each of these Councillors expresses the same concerns – I say ‘curious’ because each of the opposing political parties are represented, from the far right to the far left. It would seem that their ideological differences are now taking a distant second place to their concerns about the standard of democracy, transparency, accountability and plain old honesty at Scarborough Dysfunctional Council.

Their shared concerns are easily identified.

The Council’s public pronouncements do not reflect these Councillors’ own views, or their electors’, in regard to important and highly contentious issues such as:

In the face of such wall-to-wall opacity, Councillors are complaining that their own honesty is being brought into question by the extraordinary conduct of the Leader (who is widely regarded as being nothing more than a surrogate for his predecessor, our recent Mayor, Councillor Tom FOX [Con.]), in league with the Council’s Chief Exec Mr ‘Silent’ Jim DILLON and a compliant group of Portfolio Hoders, Directors and Senior Officers.

It is clear that approaching 90% of our elected representatives are as much in the dark as the general public.

One Councillor drew my attention to an article in the Lancashire Evening Post in which a Lancashire County Council Contracts Manager, one Stephen CREWDSON, was reported to have been jailed for seven-and-a-half years following an investigation by Her Majesty’s Revenue & Customs (HMRC), whose spokesperson stated:

“As a council employee, Crewdson was in a privileged position approving supplier’s invoices. He abused this position of trust and was well aware that he was breaking the law. He made a deliberate attack on council funds at the expense of UK taxpayers.”

With recent events very much in mind, the same Councillor asked me,

“Why is the Leader insisting on keeping the MARRIOTT allegations within the scope of the Council’s own auditors – MAZARS – rather than calling in HMRC or the Police? Surely, the allegations should be investigated by one or another of the prosecuting authorities – as in the Lancashire case?”

With all due respect to the Councillor, surely this is a question to be raised in Full Council – though one must doubt that the question will ever see the light of day. My personal expectation is that the question will be ignored – just as NYE editor Tim THORNE’s questions to Lisa DIXON (and mine to Nick EDWARDS) have been ignored.

Even The Scarborough News, customarily the docile disseminator of SBC’s self-congratulatory twaddle, has re-aligned itself (no doubt in recognition of its readership’s open suspicions). Private Eye has also pilloried the Council – for the umpteenth time.

And yet SBC Leader Councillor Derek BASTIMAN [Con.] is continuing to insist;

“I will not be answering any questions on this matter”.

If Ben MARRIOTT’s allegations are true – and why would we doubt him? – thousands of pounds worth of Council man-hours and materials have been subverted, with the collusion of contractors, and yet BASTIMAN will not answer questions? Why not? Does he owe no duty of transparency or accountability to the people he serves?

Meanwhile, a fresh row is brewing over the fee paid by Jeremy CLARKSON’s new Amazon Prime TV show ‘The Grand Tour’ for the use of Endeavour Wharf at Whitby Harbour in October 2016.

Item 13 of the Cabinet Meeting of 16th February 2016 confirms the decision to enter into a lease-associated berthing licence and operational agreement with Dalby Offshore Services Ltd (DOSS). The linked Report refers; in particular, Item 7 Outline Action Plan, which informs us that the lease was scheduled to come into effect in March 2016 (i.e. within the 2015/16 tax year). 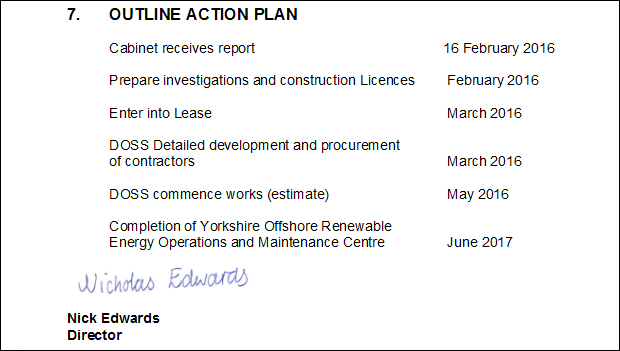 Setting aside (for the moment) the prevailing view in Whitby that all income accrued by the Council from Endeavour Wharf must, under the terms of various Acts of Parliament, be re-invested in Whitby Harbour, Councillors are now expressing concern that the ‘undisclosed’ fee paid by Amazon Prime for the use of Endeavour Wharf may, in part or in whole, have gone directly to Dalby Offshore Services Ltd (DOSS).

The Council’s accounts for the 2015/16 tax year – yet to be signed off by external auditors MAZARS – are preceded on the website by the following notice: 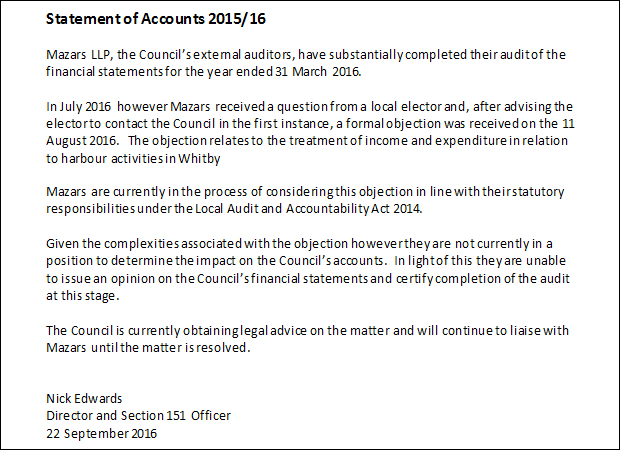 Even the Councillors whose ward includes Endeavour Wharf and surrounding neighbourhoods have been unable to elicit any useful degree of disclosure from Director of Finance and s.151 Officer Nick EDWARDS. I remind them of Section 100F of the Local Government Act 1972, which empowers them to demand sight of documents germane to upcoming Council business.

And clearly even MAZARS are uncomfortable about the Endeavour Wharf transaction. (Wait until they learn what the Enquirer has to offer concerning the MARRIOTT allegations).

So, once again, secrecy reigns supreme at Scarborough Dysfunctional Council.

Councillor BASTIMAN [Con.] has never provided a comprehensible explanation of his (and his predecessor’s) strategy in regard to The Futurist Theatre. Why not? Does he owe no duty of transparency or accountability to the people he serves?

Councillor BASTIMAN declined to offer an apology on behalf of his Council to the victims/survivors of Mayor JACONELLI’s abuse, either. Why not? Does he owe no duty of transparency or accountability to the people he serves?

I could go on (and on), but the point is well made that the public is only rarely offered plausible and compelling explanations for these and other highly autocratic and secretive decisions.

Between them, Chief Exec Jim DILLON and Leader Councillor Derek BASTIMAN [Con.] are presiding over an increasingly Mafia-like organisation that is accountable to no-one – not the public; not the elected member; not the external auditors.

The appropriate label for such a structure is  ‘OLIGARCHY’.

There must be no place for oligarchy in our democratic society. And the only rabble I seek to arouse is our elected members. Go forth and represent! 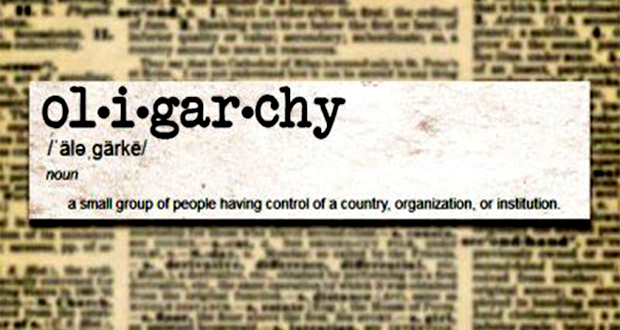