When the Scarborough News (normally the Council’s off-site PR division) splashes “Council leader orders external inquiry into whistleblower’s allegations” all over its front page, it is fair to say that even the dogs are barking searching questions. Ben MARRIOTT – the whistleblower – is the hot topic. And, interestingly, it is in the public comments section of the article as it appears on-line that some of the most incisive remarks are to be found. 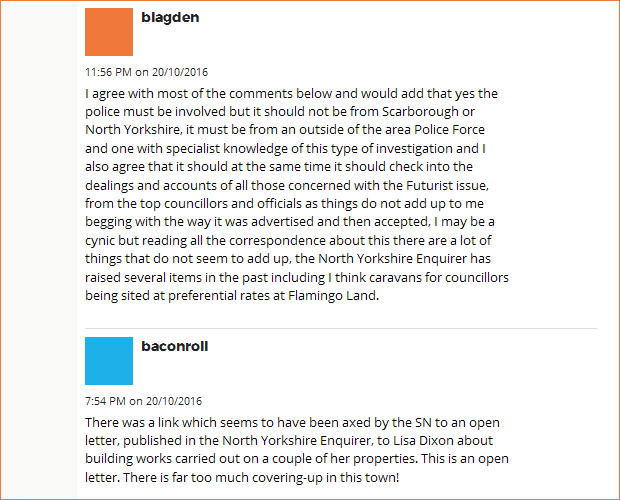 For once, not every reference to the North Yorks Enquirer has been deleted. Here, and here are those links.

With the MARRIOTT “whistleblower” scandal now attracting more and more public interest, and with Council Leader Derek BASTIMAN [Con.] finally succumbing to pressure from the North Yorks Enquirer and the Scarborough & Whitby Labour Group to come up with his hopelessly belated and woefully inadequate U-turn announcement that it will be accountancy firm MAZARS will who conduct an ‘external’ investigation into the fraud and corruption, it is time to consider the shocking question of whether or not any ‘big names’ have been on the receiving end of ‘special’ deals grounded in corruption and/or fraud. Are they the ones who orchestrated the “whitewash”?

Of course, anyone may ask questions; the trick is to know the right questions – and whom to ask.

I see from an old issue of the Whitby Gazette that my questioning began no later than 29th September 2009. I successfully campaigned for SBC Senior Officers to be obliged to complete declarations to a Register of Interests to be displayed on the Council’s website:

The link to the Officers’ declarations is dead.

Of the eleven Officers named in the WG article, only Chief Exec Jim DILLON and s.151 Officer Nick EDWARDS are still employed by the Council. The third of the three Statutory Officers (Ian ANDERSON) has been replaced as Director of Legal & Democratic Services and Monitoring Officer by the lugubrious Lisa DIXON – an internal appointee believed by many to have been promoted all too hastily (and beyond her competency) following Ian ANDERSON’s sudden departure. Like his erstwhile colleagues – John RIBY, Brian BENNETT, Andy SKELTON and Roger KAYE – Ian ANDERSON was reputedly unable to tolerate working with Jim DILLON. And the same has been said of the ladies – Nicola WILLIS (whose husband Martin was the then Harbour Master, also departed), Pauline ELLIOTT and Hilary JONES. Several sources have confirmed that the latter two were driven to something beyond distraction.

So we are left with Jim DILLON, Nick EDWARDS and Mrs DIXON, and – surprise, surprise – Officers’ Registers of Interests are no longer available on the SBC web-site – as befits the House of Secrets

How and when – and at whose command – did those Registers of Interests escape from public view?

Perhaps some of our Councillors could make it their business to find out? Steve? Sam? Dilys? Andy? Now is your chance to do something for transparency.

I doubt that many readers will register surprise to learn the Mrs DIXON has not responded to NYE editor Tim THORNE’s Open Letter, setting forth ten penetrating questions regarding her property extensions. Not even an acknowledgement – though as of Thursday, auto-responses have been issuing forth from her email account, stating:

Time out to catch up on some domestic book-keeping?

Jim DILLON, as CEO and Head of Paid Service, deserves an article all to himself. So we turn now to the Director of Finance and s.151 Officer Nick EDWARDS (salary: £74.9K) who, when not wearing his SBC hat, also shares directorial honours with his lady wife Deborah in their company EDWARDS ESTATES (Scarborough) Ltd, listed at Companies House as having been incorporated on 25th April 2012, under the Company Number 08045175, with the ‘Nature of business (SIC)’ category listed as 68209 – ‘Other letting and operating of own or leased real estate’. 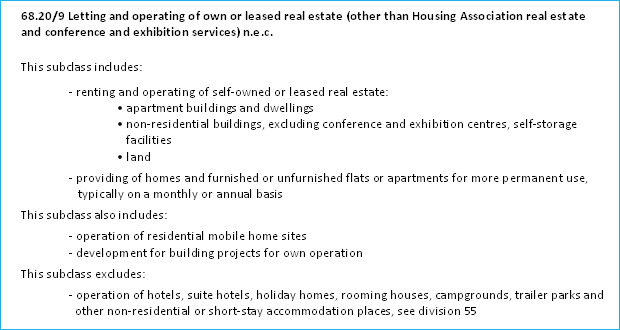 Even the most suspicious mind would find it a struggle to see how cut-rate Council manpower, materials and plant could possibly be subverted to the advantage of such a business.

According to web valuations, Nick EDWARDS’ five bedroom farmhouse-style dwelling at 560 Scalby Road, Scarborough YO13 0NU, was valued at £298K as of 16th February 2004 – though it is unclear as to whether that was before or after the erection of a new conservatory. Planning Permission was sought, in July 2012, to provide a 4m x 5.5m bedroom above the existing kitchen.

The property is approached from Scalby Road by way of a private driveway. Very Smart. 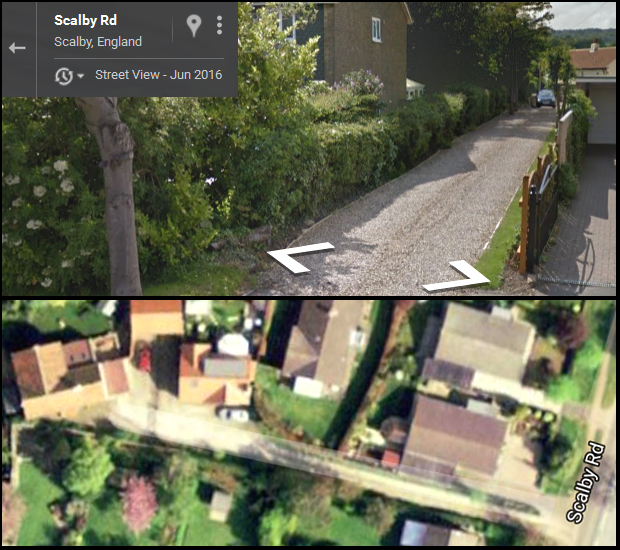 I would hope that readers – and Councillors – will agree that it is entirely appropriate to ask Director of Finance and s.151 Officer Nick EDWARDS a similar series of questions to the series put to Mrs Lisa DIXON by NYE editor Tim THORNE:

Nick, please be so open and transparent as to provide candid responses to the following requests for information:

Your acknowledgement and full response will, I am sure, be published on the Enquirer – so that public confidence can begin the long, freshly-surfaced road to recovery.