A Letter to the Editor from TIM HICKS FCA, responding to J.M.WRIGHT’s letter as published in the Scarborough News. Mr HICKS is a Chartered Accountant and Certified Fraud Investigator – just the man to scrutinise the scrutineers.

I write in response to the letter published in the Scarborough News and then republished in the North Yorks Enquirer by JM Wright of Fylingthorpe, in which he calls for the resignation of Councillor Bastiman and Mr Jim Dillon, Chief Executive of Scarborough Borough Council (SBC), over the despicable treatment of Mr Ben Marriott by SBC.

In my view, calling for the resignation of Councillors is premature. We should not forget that Councillors are part-time elected officials usually without legal training. In these cases, they necessarily have to rely on the advice of full time council officers who are experts from the Legal Department, the HR Department and the Council’s Audit and Fraud Manager. The Councillors did take advice from them.

However, according to the judgment, council officers misled Councillors as to the procedures and to the facts of the case. Thereby deliberately whitewashing a complaint about misuse of council resources. As a result, a loyal council worker was forced out of his job.

All of the Council’s control functions (HR, Legal and Finance Departments) have been criticised in the report, as was the Asset Recovery Manager. The Irregularity Response Team made up of full-time paid officials well-experienced in these matters who had a duty of care (the Chief Executive, Section 151 Officer, Monitoring Officer, HR Manager, Audit and Fraud Manager) all failed to execute their functions properly and the investigation was inadequate from any perspective. The Tribunal described it as a whitewash.

Having failed Mr Marriott, Councillors and the Council disastrously, the Legal Department then went to Tribunal with Mr Marriott, causing more expense to the Scarborough taxpayer, losing the case and then bringing further disrepute on the name of the Council. This follows a series of damning episodes that have been covered in the national press, as outlined in my last letter. 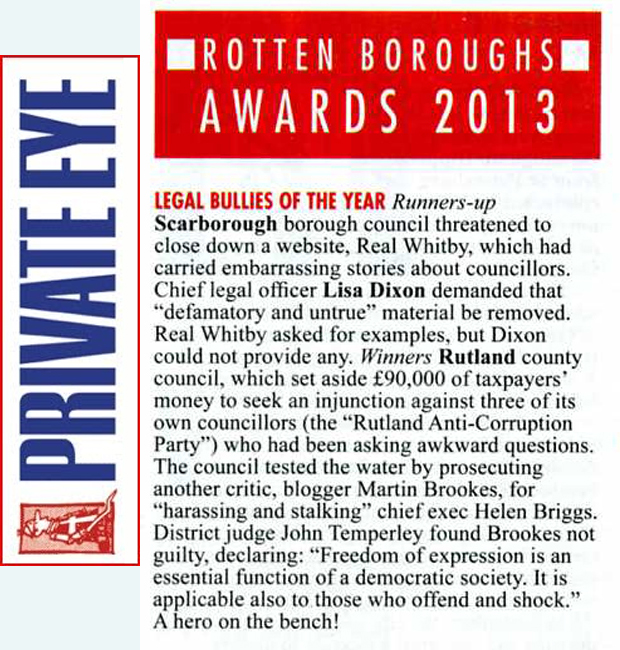 Now yet further criticism in the Rotten Boroughs section of Private Eye: http://nyenquirer.uk/private-eye-covers-marriott-scandal/

No other Council in the UK I am aware of has had this amount of public criticism over bullying and misconduct.

In my opinion Councillors’ that acted honestly and in good faith, but on the basis of advice provided to them by full-time paid officials which we now know to have been misleading, should not be censured. Although I do agree with former Councillor Mike Ward’s view expressed in a letter to the North Yorks Enquirer that now the full facts have come out at Tribunal, the Council should offer a full apology.

In my view, pending the outcome of the investigation, it is the Council Officers and those council staff that ostracised Mr Marriott who should be held responsible, not Councillors. Interestingly, this appears to be the line taken by Private Eye in their article on the scandal, which focuses on the officers involved.  Councillors are not mentioned.

Like Mr Wright, I am very surprised that these officials have not resigned, thereby forcing the Council to incur further expense on an investigation.

They undoubtedly have the skills and experience to conduct an investigation of this nature, however, I agree with the view published in the Scarborough News that they should not be appointed to conduct the investigation.

This is for three reasons:

Finally, I would like to again close on a positive note by expressing once more my admiration for Mr Marriott and the way the North Yorks Enquirer has upheld the public interest by keeping this issue in the public eye. 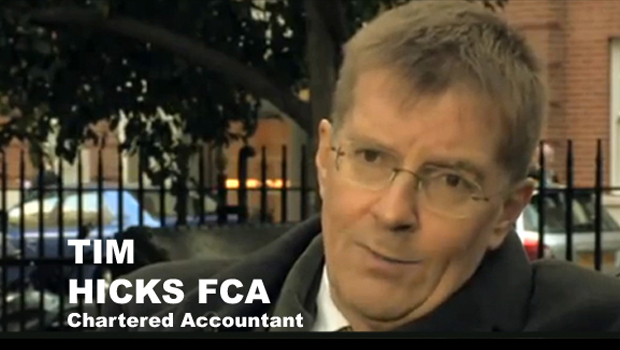