A Letter to the Editor from long-standing Enquirer contributor TIM HICKS, commenting on the performance of Scarborough Borough Council in relation to whistleblowing and whitewash.

I have followed the articles published in the Scarborough News and North Yorks Enquirer on Scarborough Borough Council (SBC) whistle blower Ben Marriott with alarm, sadness and admiration.

Mr Marriott is obviously a tough and principled man of character and integrity; I have great sadness over the way he has been treated and the price he has had to pay for standing up for his principles. I hope his public vindication will give him a degree of well-deserved satisfaction. The treatment he received was a disgrace and despicable.

It is obviously in the public interest that this matter is brought out into the open. The fact that it has emerged is largely because:

However, there is a wider issue here. 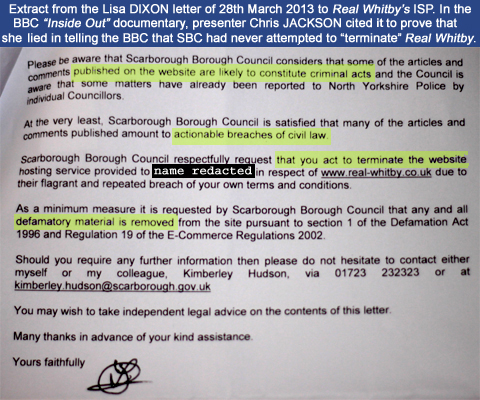 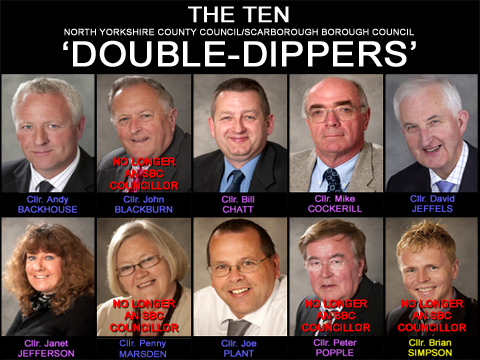 The very clear implication is that brave Ben Marriott’s case is not an isolated incident, but that Scarborough Borough Council routinely pursues an unlawful policy of whitewashing complaints and of ignoring whistleblowers, as hinted at by Councillor Fox.

Local Labour Councillors Steve Siddons and Tony Randerson have very properly demanded an independent enquiry. Their statement is here:  SBC Labour group demands action and does them both great credit.  The Council has now acceded to it and I understand there is to be an external investigation, not one conducted by the Council into itself.

Clearly this will be a complex and long-running investigation and it will have to be conducted by impartial specialists, with no dealings with SBC or any of its Councillors or staff. If it is to be the police, it should be conducted by a force other than North Yorkshire, which apparently stone-walled any investigation by ignoring correspondence on the case for nine months, as shown in this North Yorks Enquirer report.  It also facilitated the threatened legal action by un-named “Councillors and staff” against North Yorks Enquirer contributor Nigel Ward, which may possibly include (amongst other things) his coverage of this scandal.  Although the “Councillors and Staff” are un-named, I consider it likely that one of them was criticised in the judgment – hardly conducive to confidence in the intention or ability of North Yorkshire Police to investigate the matter impartially.

Tim Thorne and Nigel Ward have done an excellent job of pursuing this story – particularly commendable given the pressure they have had from SBC to back off. Their coverage was entirely in the public interest and demonstrates the importance of having Councils subject to scrutiny by a free press, no matter how embarrassing it is for SBC.

Finally, I would like to close on a positive note by expressing once more my admiration for Mr Marriott and endorse Mike Ward’s view that he should receive a public apology from the Council. 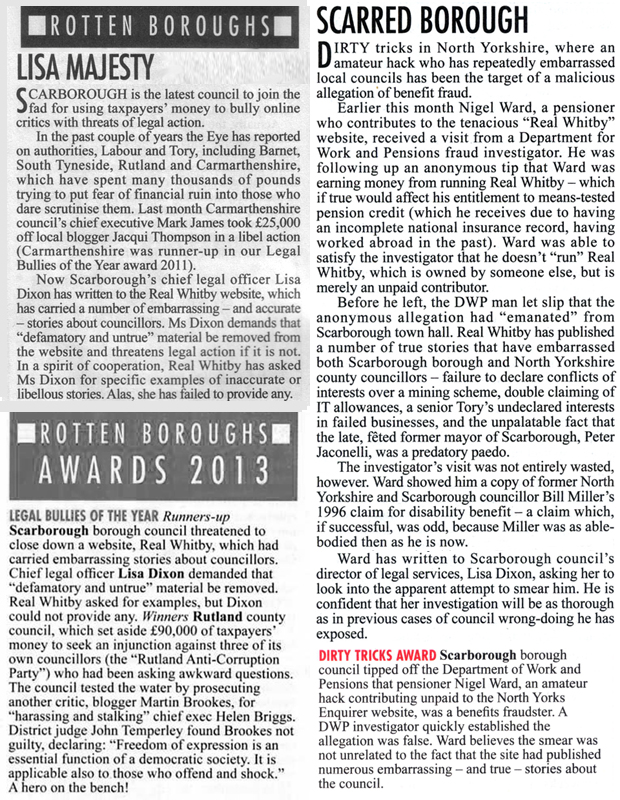