An Open Letter from Ben MARRIOTT, of Scarborough – the man who successfully “blew the whistle” on the Scarborough Borough Council Officers who “whitewashed” (according to HHJ Humphrey FORREST) his attempts to expose fraud and corruption in his own Council department (and beyond). Ben has survived three heart attacks and quadruple by-pass surgery during SBC’s prolonged (but non-existent) investigation. This is the case first high-lighted by the Enquirer in August 2013 – Corruptophenia.

To Whom It May Concern

This is an Open Letter to all who want to see openness and transparency in public office.

I Whistle Blew on what I believe was corruption and fraud within the Council, SBC.

Attached is the full Judgment of the case which lasted five days. The findings are shocking to say the least, but I would like to draw your attention to several points that came out during the trial.

The Council Final Appeal Panel before this went to law; three elected Councillors were sitting to resolve this case – Cllrs J. Nock (chair), S. Turner and M. Smith. The Council Officers were found to have totally misled them. In the report on corruption, it was a total white-wash [103]. The Officers misled them on the code of conduct  [98], misled them on no evidence found [94], and brought in evidence that which was nothing to do with the enquiry or was untrue [96]. I say misled, but there is stronger words to describe this.

Human Resources Manager Ms Elaine Blades admitted that she had taken advise from Mrs Lisa Dixon, Director of Legal & Democratic Services and Mr. Edwards s.151 Director. So the questions to pose is, was this a cover up from the top, from the start, and why?

Mr. Mark Robinson, SBC legal Counsel, has been advising the inquiry team from the start – not on the inquiry itself, but on how to keep it within employment law. Why did Elaine Blades carry out their wishes knowing this was wrong and against her professional judgement and her important position with the corporation?

More importantly, the second person that undertook the role of investigating this suspected fraud and corruption was Ms Alison Johnson, Auditor for corruption and fraud. Mazars LLP are responsible for all corruption and fraud within the council and are the External Audit company. This is totally unacceptable; they are suppose to be the gate-keepers. Ms Johnson did not do her job but went along with this total white-wash.

The investigation now needs to be carried out fully by a professional team and under no internal pressures. This is, after all, public money. The Judgment has already pointed out this was a total white-wash and not even the basic questions were asked.

There own Policies and Procedures not followed. Who should be monitoring these and how can this be tightened up so they can’t be ignored by anyone, no matter where they are in the company structure? This falls at present to Ms Elaine Blades. It’s too important to leave it to one person. External audit? But they can’t be trusted either, to do their job?

The waste of public money and of course the attack on me, the Whistle Blower; the cost of this legal action for me runs into thousands of pounds Their cost will be much higher because they have had a QC from early on and of course the time re-writing Policies & Procedures to fit in with their stories. And a lot more internal work.

Mr Jim Dillon (CEO) has been fully informed about this from the start by me. I have been asking him many times to resolve this suspected fraud and corruption. He looks at this as a private vendetta where he can spend our money defending the indefensible.

Finally, above all the damage this process has cost me and my wife and family, it has caused me to have three heart attacks, major heart surgery where my life was in the balance. I have had to retire early than I wanted to, with all he added costs, and I’m still fighting them now for remedy. 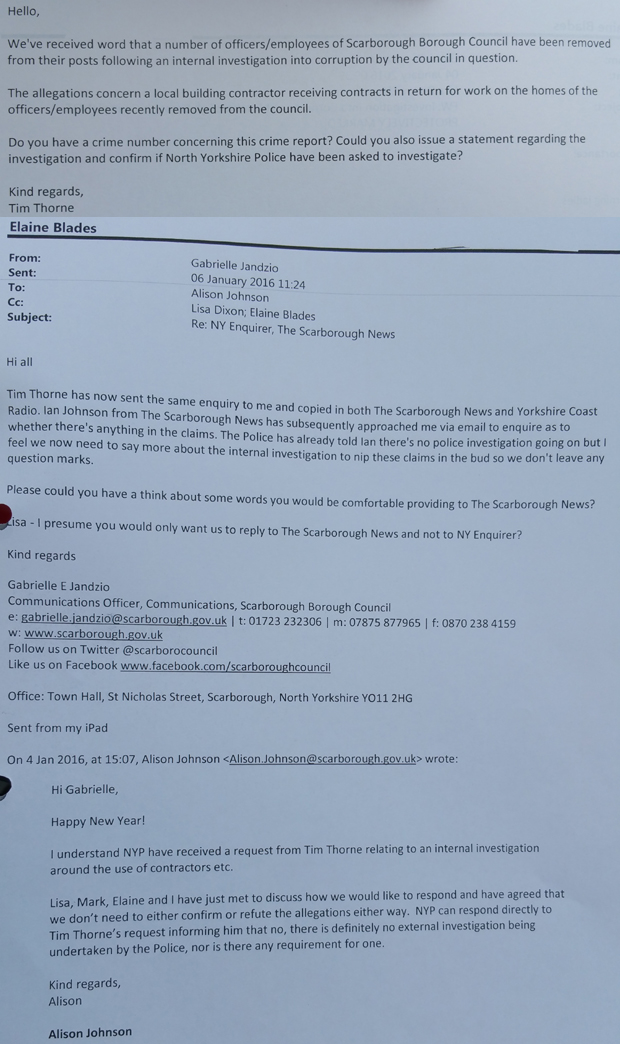