In a previous article, I reported that Deputy Prime Minister Dominic Raab had launched an urgent call for evidence in response to the challenges presented by the increasing use of a form of litigation known collectively as SLAPPs – Strategic Lawsuits Against Public Participation – against journalists.

A SLAPP is an abuse of the legal process, where the primary objective is to harass, intimidate and financially and psychologically exhaust one’s opponent via improper means, with the intention or effect of stifling debate on matters of public interest.

Letters threatening legal action and excessive costs can cause articles to be pulled and worthy stories that are backed up by evidence to be abandoned, because the legal costs of defending an action are crippling. For many years the super wealthy and public bodies have used SLAPPS to bully individuals, journalists and media outlets, thereby preventing coverage and undermining both freedom of speech, and press freedom.

I submitted evidence to the MoJ on the way Scarborough Borough Council (SBC) and North Yorkshire Police (NYP) tried to use SLAPPs to intimidate NYE journalists from publishing information the public is entitled to know, but which individuals in those public bodies would prefer was suppressed.

NYE journalists have been subjected to a SLAPP by Scarborough Borough Council (SBC) and two by North Yorkshire Police (NYP). In all three cases, the actions were without any substance and did not go to court. But because both organisations are public bodies, backed up by unlimited amounts of public money which is not under adequate financial control, it was impossible to defend the actions because of the crippling legal costs.

The impact on NYE journalists of these actions was to inflict enormous expenditure, stress and distraction on the individuals concerned – thereby deterring coverage and distracting them away from covering issues in North Yorkshire that the public had a right to know about.

NYE journalists who were at the time writing for Real Whitby revealed that Conservative Councillor and Mayor of Scarborough Peter Jaconelli had abused children and committed multiple rapes in Scarborough, with the full knowledge of both SBC and NYP. Real Whitby had also exposed abuses of expenses by SBC Councillors.

When challenged by the BBC, SBC denied it had tried to close down Real Whitby and, in response, the BBC exposed it as having issued falsehood. BBC exposure here. 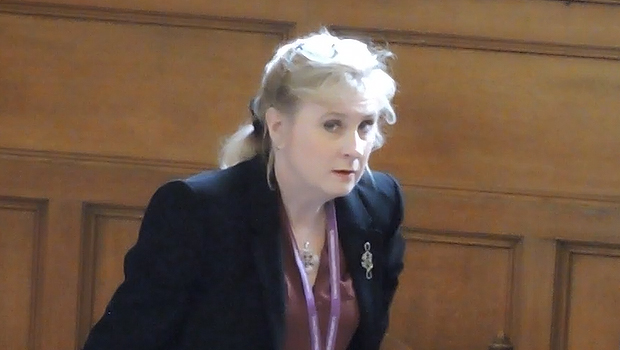 A classic SLAPPer. She threatened to use a SLAPP to close down a local media outlet, because it had criticised SBC Councillors. Then tried to deceive the BBC.

Real Whitby’s ISP and “The Whitby Four” all stood firm in the face of this intimidation, so no legal action was taken. SBC obviously backed down because typically with a SLAPP it knew there was no basis to its allegations and the threats of legal action were bogus.

Nevertheless, Mrs Dixon’s threats of a SLAPP action achieved its primary objective of causing alarm and distress to “The Whitby Four” and deterring further coverage. A classic example of threatening of a SLAPP to supress legitimate criticism of a public body.

The Conservative leader of SBC Councillor Tom Fox later said publicly in Full Council, that Real Whitby journalists should be subject to “threat and retaliation” in the form of legal action. Councillor Fox was previously a Police Officer stationed in Scarborough and Whitby during the time that Jaconelli and Savile were raping local children with impunity, while the Police did nothing.

We showed that North Yorkshire Police had ignored many complaints against Peter Jaconelli because he was a Conservative politician and against Savile because he was a celebrity and then tried to cover it up.

NYP’s unlawful policy of not getting involved in cases of domestic abuse against the elderly, which resulted in it ignoring its safeguarding obligations to protect a pensioner who was being financially and emotionally abused by relatives. Ultimately this culminated in them changing the locks on her home, then trying to sell it and pocket the proceeds when she was ill abroad.

Misuse of Police funds by Chief Police Officers over their expenses.

NYP abused its powers to initiate a SLAPP criminal prosecution for harassment against me and ordered me to report to a police station for arrest. This action had no basis in law or chance of success. When I arrived at Fulford Road Police Station to be arrested, no arrest was forthcoming and I was given a letter from NYP demanding that I take down all of my articles concerning NYP from the internet. Predictably, the Crown Prosecution Service refused to authorise proceedings. As a SLAPP however, it was completely successful in causing anxiety, disruption and legal expense.

The second NYP SLAPP was a civil action for harassment against me and fellow NYE community journalist Nigel Ward. Senior Police Officers, one of whom was the present Chief Constable Lisa Winward, and others were provided with public funds to obtain an injunction on any further coverage. This would have restricted free speech; prevented media coverage and inflicted anxiety and excessive legal costs on journalists. All typical objectives for a SLAPP. They also used public funds with a view to personally profit from damages.

Although the legal advice I had was that, if the case went to court, I would win. The costs of this would be prohibitive and I had no choice but to settle. This illustrates the brutal reality of a SLAPP. A journalist cannot take on a public body with access to unlimited public funds, or a wealthy individual or corporation and win, because he or she cannot finance the action.

The SLAPPer simply has to keep on going until the journalist runs out of money, thereby winning by default.

In this case, solicitor Jane Wintermeyer led the NYP legal team that was engaged in prosecuting the SLAPP.

The story is told in the Private Eye article below:

I have received an update from the MoJ which is below and contains a link to its full response to the consultation.

I am writing to let you know that the Government has today (20 July) published its response to its Call for Evidence on Strategic Lawsuits Against Public Participation (SLAPPs).

The Call for Evidence was published on 17 March 2022 inviting views on potential measures for legislative, procedural and regulatory reform. We also ran stakeholder engagement roundtables in early May, inviting evidence from legal and media professionals, civil society organisations and academics, to develop a robust policy base for reform. The Call for Evidence closed on 19 May and received 120 responses, all of which have been individually analysed and assessed.

A great many of the responses were from experts with considerable relevant experience that have reinforced the extent to which SLAPPs represent a serious and growing threat to freedom of expression and investigations, reporting and other activities in the public interest.

As such, the Government’s response will be to pursue the earliest possible opportunity for primary legislation to enable us to have a statutory basis for identifying SLAPP cases and providing effective means for deterring or dealing with them. The intention is to introduce an early dismissal process via primary legislation, and a costs protection scheme via secondary legislation and rule changes.

You will see from the attached response document that the case for reform is much less clear in other areas of law that we consulted on. There is a strong sense that existing defences in defamation law are working. While no immediate reforms will be made in these areas, we intend to keep these aspects under review. SLAPPs are an evolving problem and we will continue to monitor and address the multi-faceted challenges they give rise to as appropriate.

We are grateful to you and others who responded to our Call for Evidence for the time and effort you put into your submission. The evidence we received has been invaluable in helping develop the measures necessary to effectively combat SLAPPs. We appreciate your work in highlighting and countering the ever-expanding threat that SLAPPs represent.

I read this with great satisfaction. The MoJ’s comments support the line the NYE has consistently taken on this type of harassment of journalists.

It is essential that the police and public bodies are held to account by journalists. It must be in the public interest that public servants will no longer be able to siphon off public funds to harass journalists for their own personal best interests.

The period when I was under SLAPP attack by SBC and NYP was the most stressful in my life. Hopefully the MoJ reforms outlined above will prevent the use of SLAPPs and prevent any other journalist from having to go through the hell that “The Whitby Four” had to endure for exposing child abuse and police corruption and criticising public bodies.

Chief Constable Winward, Police Fire & Crime Commissioner Metcalfe, and solicitors Ms Xante Tait, Ms Jane Wintermeyer Mr Simon Dennis and Mrs Lisa Dixon were all provided with a draft copy of this article and given the opportunity to comment. 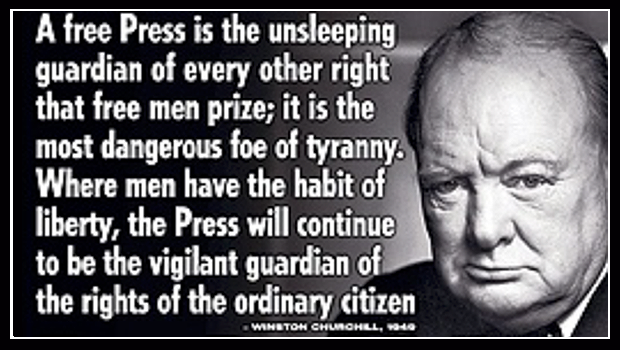