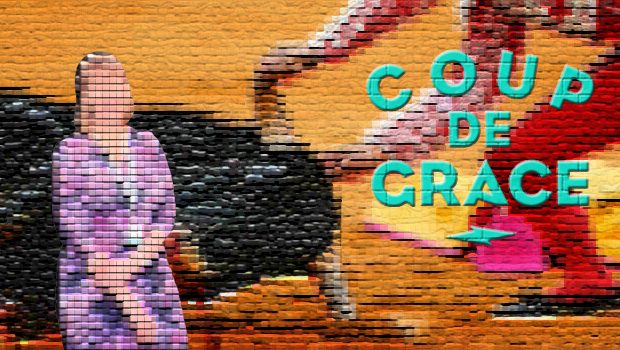 In what would appear to be an exhaustive demonstration of his case, Mr ROBINSON also refers to statements of fact set out in my own email to Mrs LACEY of 18th & 29th August 2017. I received acknowledgement of my emails from Mrs LACEY’s PA, Joanne BROOKS, on 30th August 2017, as follows:

I acknowledge receipt of your email below.  Caroline is away from the office until 6 September.  I can confirm a response will be sent as soon as possible.

This was of interest because it is known that ERYC Deputy CEO Alan MENZIES (one of eleven Officers named in the Lakeminster Letter of Claim) has been away from his post for quite some time.

My subsequent two emails to Joanne BROOKS, seeking clarification as to exactly who had been at the helm of ERYC during Mrs LACEY’s absence, were ignored.

Then, on 6th September 2017 (on her return to her desk), Mrs LACEY responded herself. Her response side-stepped the issues raised in my emails of 18th and 29th August 2017 by the simple expedient of apparently having failed to grasp the evidence presented confirming Mr ROBINSON’s suspicions, and stating:

However, an enquiry from Councillor Andy STRANGEWAY [Ind.] eventually (after three emails) elicited the information, from Mrs LACEY’s office, that, in fact, Mr MENZIES has still not returned to his post (it is rumoured that he may never do so) and that Director of Children, Family and Schools Mr Kevin HALL was Mrs LACEY’s  Deputy CEO during her leave of absence.

On paper, at least, Mr MENZIES – having been appointed (somewhat controversially) earlier in the year – is still the Deputy Chief Executive Officer, or was at the time of this Hull Daily Mail article, published on 5th July 2017 (shortly before he took leave of absence), though he would not appear to be fulfilling that role now.

At best (though there would appear to be no paper-trail), Kevin HALL could only have been Acting CEO during Mrs LACEY’s absence – never Deputy.

So Mrs LACEY’s  assertion appears to be entirely disingenuous – if not outright false.

But why the subterfuge? And, most importantly, with whom (if anyone) rested ultimate legal responsibility for the Council in Mrs LACEY’s absence?

Does anyone know? [Note to self: I really must stop asking rhetorical questions. What’s the point?]

If Mrs LACEY knows, she is certainly not sharing her knowledge with elected Councillors or members of the press. There would appear to be much duplicity and little clarity about who is really in charge at Beverley County Hall. I have an opinion.

In my view, the case against ERYC Leader Councillor Stephen PARNABY [Con.] for failing to declare his directorship in Arvarto Government Services Ltd is now irrefutable. At the very least, it merits Police investigation. It is, after all, a criminal offence under the terms of the Localism Act 2011.

I await Mrs LACEY’s next move with some cynicism; either she accepts that the case is made and invites Humberside Police to investigate, or she opts for risking great discredit to herself – perhaps irredeemable – in futile defence of her Leader.

Failing that, I could foresee another Misfeasance action; perhaps a private prosecution. Conceivably, the DCLG may wish to commission a corporate governance investigation (remember Doncaster?), the terms of reference of which may yet offer the only remaining refuge.

I reproduce Mr ROBINSON’s latest hand-delivered and subsequently widely-circulated (by email) letter to Mrs LACEY, here below (also, his attached evidential documents), followed by my own emails to Mrs LACEY, as cited by Mr ROBINSON.