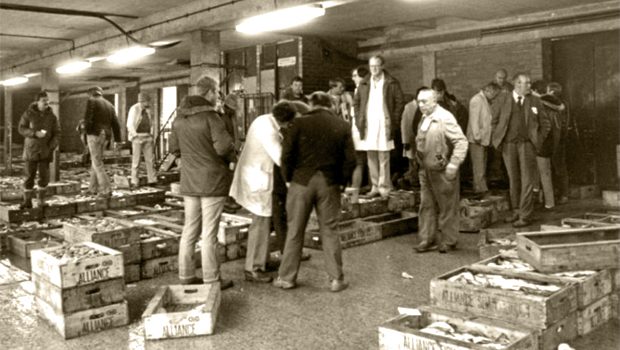 A Guest Author article by our Harbours Correspondent, ALLAN ROBERTS, illustrating the blind ignorance of our harbour decision-makers.

An article in the Scarborough News dated 7th September 2017 is headlined,

In that article Cllr Jeffels states:

“A task group is set to be formed to take forward a major new strategic plan for the future of Scarborough’s historic harbour, which will see it brought into the 21st century and transformed into a cultural and economic hub for the town.”

Cllr Jeffels goes on to state,

“We have seen the decline of the fishing industry.”

In fact, the fishing industry at Scarborough, far from being in decline, is now the second most successful shellfishery in the UK, after Bridlington.

The harbour income from fish landings has grown steadily, on average, year on year since 2012, and now stands at unprecedented amounts.

The figures below, downloaded from the Harbourmasters reports to the Cabinet, indicate that over the last 5 years, fish landing income at Scarborough harbour has grown, on average, by 21% per year.

On 19th May 2017, the Harbourmaster submitted  the Operations & Performance Report for the year ending March 2017, to Cllr Mike Cockerill, the Cabinet Portfolio Holder with responsibilities for Harbours.

Highlighted in bold, in that Report, is the recommendation that:

“The portfolio holder accepts the contents of the report and notes the the posts operational performance.”

Cllr Cockerill described  the increased landings as “a slight improvement”.

I find it disappointing that the author of the rather lacklustre ‘Business Plan’ for the harbour has failed to acknowledge the revival of the fishing industry at Scarborough – and to add further irony to what can only be described as mediocre performance by Cllr Jeffels.

The Scrutiny Board, upon which Cllr Jeffels sits, had this to say about the rather inadequate business plan for the harbour;

“The Board commended Mr Richards for his excellent report and research.”