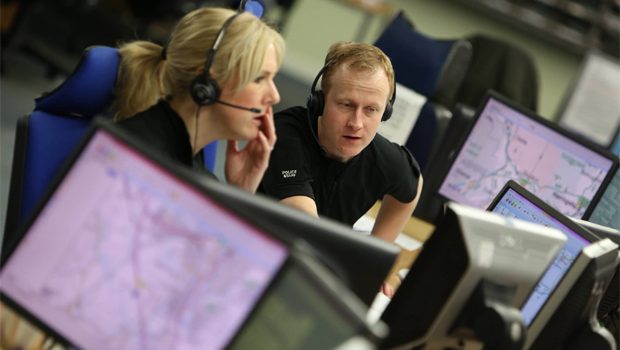 Traffic cops have praised the brave actions of motorists who stopped at a serious injury collision on the outskirts of Whitby to rescue a mother and baby from a car before it burst into flames.

The collision, which involved a blue Vauxhall Vectra and a grey VW Golf, occurred on the A171 at Normanby, just south of Whitby, at around 10am on Saturday (16 September 2017).

Early indications are that the Vauxhall Vectra was travelling on the A171 towards Whitby. The vehicle appears to have gone out of control, crossing the road into the path of oncoming vehicles.

The Vectra has then struck the Golf which caught fire when it came to rest on the grass verge.

“The infant was being carried in a child seat in the Golf. The mother, who was the driver, was seriously injured as a result of the collision. Due to the brave actions of members of the public, both mum and her child were rescued from the car before it was engulfed in flames. Thankfully the baby was uninjured.

“I sincerely thank all those who stopped at the scene to assist during this extremely dangerous situation. They showed immense courage and their quick actions almost certainly prevented a tragic outcome.”

The mother, who is aged 32 and from Whitby, was taken by ambulance to James Cook University Hospital in Middlesbrough with a serious leg injury. Her condition is described as “comfortable”.

An 18-year-old man from Scarborough, who was a passenger in the Vectra, suffered serious internal and arm injuries and was taken by air ambulance to the same hospital. His condition is described as “very poorly”.

The driver of the Vectra, a 36-year-old man from Scarborough, also received treatment at the hospital for a foot injury before being discharged. He is the stepfather of the 18-year-old man.

Police are keen to trace any witnesses who may have witnessed the collision or recall seeing the two vehicles prior to the incident. In particular the driver of a car which was travelling behind a HGV tanker and in front of the VW Golf travelling in the direction of Scarborough from Whitby.

If you can help the investigation, please call North Yorkshire Police on 101, select option 2 and ask for Huw Walkey or the Major Collision Investigation Team. Please quote reference number 12170166359.