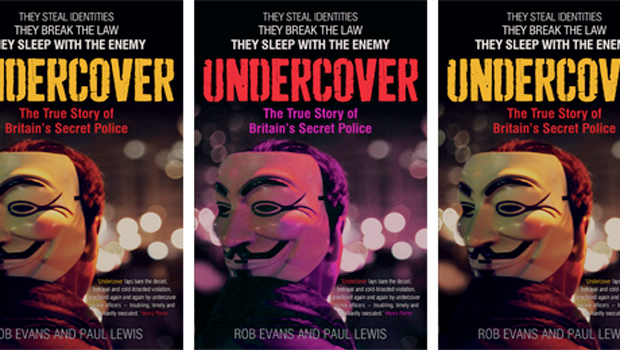 Following on from my recent article on police undercover operations in North Yorkshire, I wanted to research the subject further. I had been very impressed by the quality of the Guardian reporting on undercover policing by Rob Evans and Paul Lewis, so I decided to buy a copy of their book “Undercover”.

“Undercover” comprises 335 pages, with an extensive index, but no illustrations. It is well-written and is very easy, compelling reading. It was gripping. I could not put it down and finished it over the course of a weekend. Once I had finished reading I was genuinely shocked and deeply saddened, both for the undercover officers and for their victims, particularly the children.

The book is a summary of painstaking research, years of investigation, multiple interviews with former undercover policemen and various people they were involved with. Undercover policing is a particularly difficult topic to investigate, not just due to the passage of time since 1968, the Official Secrets Act and the reluctance of many of its members to talk to it, but also because of the on-going operation by the police to protect the identities of these men and women. The police guard their reputation jealously and will not admit to mistakes if it can possibly be avoided. The NYE’s experience with North Yorkshire Police over the Peter Jaconelli scandal (and others) are proof of this. Evans and Lewis are both award-winning journalists (Paul Lewis can be seen in this documentary on undercover policing). As one would expect, they have done as good a job as possible in comprehensively investigating and documenting this scandal of police misconduct.

The organisational changes that occurred as undercover policing evolved from 1968 onwards are very clearly covered, as are the uncoordinated, non-standardised approaches and methods across the various squads that conducted undercover policing. The book does not cover undercover operations by individual forces and follows a chronological case by case structure grouped around the policemen from the various centralised squads that existed at various times. This works very well and is unavoidable, given the patchy information available in some cases and areas.

The book reveals the deceit, betrayal, misconduct, child abuse and in some cases serious crime some of these undercover Special Branch policemen are alleged to have engaged in, which beggars belief. They targeted women to have relationships with – in some cases having children with them – solely so they would add to their credibility and ease their infiltration of organisations they deemed to be “domestic extremists”. Having manipulated friends and intimate lovers to gain intelligence, and a way into the protest organisations they were members of, they then betrayed and abandoned them. It is also alleged that one undercover policeman posing as an extremist bombed Debenhams, although he denies this. 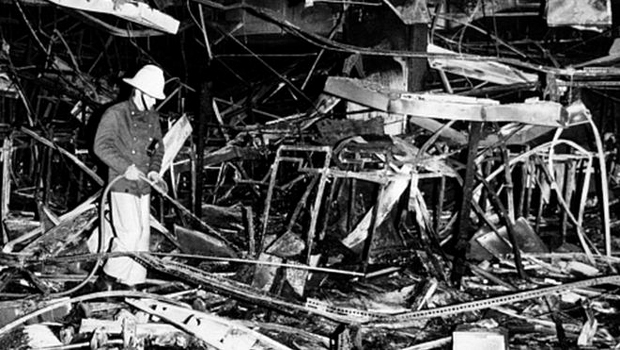 Aftermath of the bombing of Debenhams, allegedly performed by the Metropolitan Police Special Branch

Special Branch went to enormous lengths to keep these operations secret. Most senior police officers in the British Police Service were unaware of the existence of undercover policemen in the ranks of the demonstrators they were policing. Special Branch created complex false identities that would permanently hide the undercover policeman’s true identity – not just from partners and activists – but also from journalists, other policemen and agencies of the state.

These measures included stealing the identities of dead children to provide a cover story, along with false passports, bank accounts, national insurance records and entries on the Police National Computer (PNC). Given the extensive and skilful operation that was put in place, precisely to prevent the publication of a book of this nature, it is to the enormous credit of their investigative journalism skills that Evans and Lewis have been able to identify so many of these men and piece together so much information on their activities.

The cover stories invented to explain their disappearance from activist groups at the end of their missions were detailed and maintained long after the undercover policeman had been extracted from his mission. This ensured that that when these policemen abandoned their children, their mothers and/or the Child Support Agency (CSA) were unable to locate them to get support for the children, because the fictional cover identity was maintained. Senior officers from Special Branch also monitored attempts by former partners to track down their undercover policemen lovers, to ensure that their identities remained hidden. In short, mothers were deliberately deceived, thereby ensuring the officer’s children were brought up in poverty. In my opinion fathering a child with the intention of abandoning it and hiding behind a false identity to ensure it has no contact or financial support is despicable. Worse, it is a form of emotional and financial abuse of a child. How could police officers have done this? And how could Senior and Chief Police Officers have condoned it for forty years?

Also well covered is the inefficiency and multiplication of effort these operations involved. The use of the term “domestic extremists” allowed just about anyone to be potentially targeted by undercover policemen. The failure to liaise or coordinate operations led to enormous sums of money being expended on undercover officers, for what in the end was a questionable amount of useful intelligence in many cases. 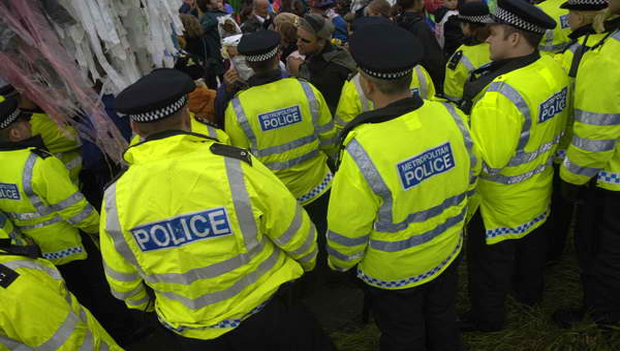 The severe psychological stress and emotional turmoil of leading this disjointed unprincipled double life impacted on some of these police officers. Yet in some cases, they were cynically abandoned by the very senior officers that had kept them undercover, long after it was clear they should have been extracted. It is hardly surprising that some of these men “went native”, destroyed their marriages and/or damaged their health, given the poor quality of management they operated under. This prolonged exposure gave rise to feelings of guilt and doubt about the validity of their mission in some cases, which may be why some of them have spoken out, thereby rendering the meticulous secrecy surrounding their work useless. This failure of leadership is also well covered.

The duty of a free press in a democratic society is to hold public bodies to account. The conduct of some undercover policemen is another scandal of police misconduct which would have remained hidden, had it not been for the existence of a free press. I think that Evans and Lewis have succeeded in holding the police to account over this. In in so doing, they have acted properly and in the wider public interest. However, the book also raises an ethical issue for journalists.

When is it right to reveal the identity of an undercover policeman or to partially compromise an ongoing  police operational technique?

The police are the most powerful arm of government with enormous powers operating under limited external oversight. It is vital in a democratic society that they operate within the law and are accountable. In my view, identifying an undercover policeman is justified when dealing with illegality or misconduct by the police, for the purpose of preventing future abuses and/or crime. By their meticulous investigation, Evans and Lewis have made an enormous contribution to preventing further abuse in this type of police operation. Even if an inevitable and unfortunate outcome of this will be to make it more difficult for the police to conduct these operations in a controlled, responsible way in the future.

There is also a wider public interest issue behind the publication of this book. The NYE has previously covered misconduct by Special Branch officers in our investigation of the Jeremy Thorpe and Cyril Smith scandals. In my view Special Branch has never been under effective control or oversight. It conducts itself as a force within a force, answerable only to MI5 and the Home Secretary. The undercover policing scandal and this book have irrefutably revealed this. Hopefully this scandal will lead to greater oversight and control over this most secretive part of the British Police Service.

There is still a lot more to be revealed about undercover policing. The Home Office Undercover Policing Enquiry reports in 2018, Evans and Lewis state they have identified other undercover officers whose activities are not covered in the book. Presumably they have amassed much more information since its publication in March 2014. I hope they will publish another edition of the book in due course, with this additional information.

Highly recommended, particularly for police officers interested in doing undercover work, or those who aspire to senior rank that want to know about undercover policing and how not to do it.