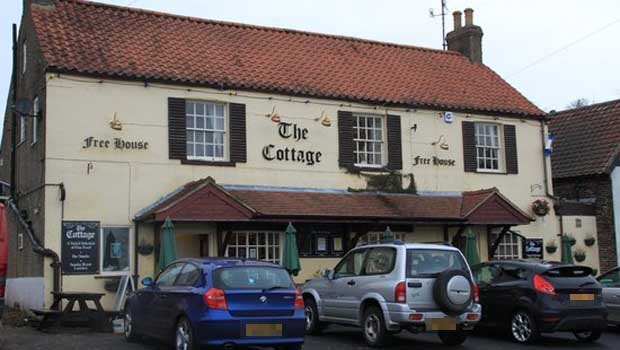 I have, at the time of writing, nothing further to report on the incident. Lips are sealed.

It is disappointing – though hardly unexpected – that the recipients of my Tweets have found themselves unable promptly to provide a transparent response.

Obviously, the mere suspicion that a member of the Police & Crime Panel (the body that supervises Police & Crime Commissioner Julia MULLIGAN’s much-criticised supervision of the North Yorkshire Police) – or, for that matter, of Scarborough Borough Council or North Yorkshire County Council – has been involved in a physical assault on a member of the public could reasonably be expected to result in a timely resignation, irrespective of whether or not charges have been made.

“The Leader has asked me to inform you that there is a new Portfolioholder for Democracy, Neighbourhoods, Safer & Stronger Communities. The Leader is pleased to welcome Whitby Councillor Sandra Turner to Cabinet and wishes her well in her new role.

In the meantime, the Leader would like to take this opportunity to thank Councillor Michelle Donohue Moncrieff for her contribution towards the Council’s work.”

It is indeed an ill wind that blows nobody any good.

Opposition Councillors are assuming that the Leader has, for the moment at least, succeeded in persuading the out-going Portfolio Holder not to resign from the Council itself – though calls for a resignation are generally anticipated. It would appear to be one of those occasions when a strenuous round of “After you!”-“No, after you!” ensues.