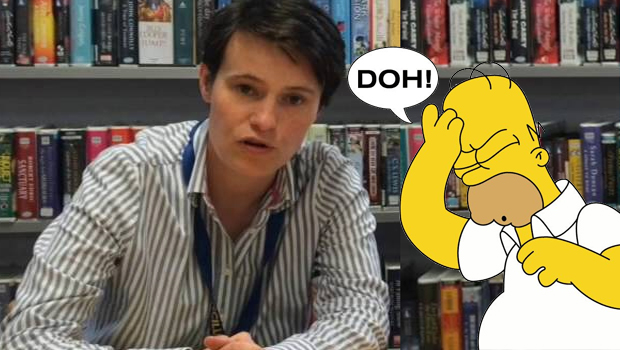 A Letter to the Editor from a Scarborough Borough Councillor Michelle Donohue-Moncrieff [Ind].

I wish to add my support to the call by Independent and Labour Councillors for an extraordinary meeting of Scarborough Borough Council to discuss what has now become the infamous DBID debacle. I would also like to congratulate the Whitby and District DBID action group who have mounted such a strong and effective campaign against the levying of an extra 1.5% on business premises with a rateable value above £12,000.

It is clear that the significant number of votes cast by SBC and ERYC had a significant impact on the ballot to approve the DBID scheme. Much attention has rightly been directed as to which officer and Cabinet member decided how SBC would cast their votes. Several names have been mentioned as likely culprits but I believe the ultimate responsibility lies with the Leader of the Council Cllr. Derek Bastiman.

This sudden U-Turn is in stark contrast to the response from Cllr. Phillips to questions asked about DBID by myself and Labour Group Leader Cllr. Steve Siddons at January’s council meeting. Phillips arrogantly dismissed our concerns saying that DBID would encourage businesses to open. Yes, let me repeat that. A Conservative Cabinet member thought that extra tax on a business was a good idea. This is in stark contrast to Government policy to reduce business rates. Yes it was ridiculous but Cllr. Phillips clearly believed that it was Council policy to support the DBID process. Agree with her or not, she did her duty and defended the indefensible. Cllr. Turner raised no objections whatsoever to her comments at the meeting.

As concerns were mounting in Whitby, at a SBC Councillor briefing on 21st January, Cllr. Turner broke ranks with her Cabinet colleague and made the statement quoted by the Scarborough News which prominently featured in the North Yorks Enquirer article reporting the call for the extraordinary meeting.

I have watched the Cabinet webcast from the 12th February when Cllr. Helen Mallory announced that SBC were suspending their involvement in the DBID process until the Secretary of State had ruled on the objections raised by campaigners. Now having been in Cabinet, I immediately spotted the orchestrated question from Cllr. Turner to which Cllr. Mallory gave her pre-scripted answer. Cllr. Turner responded saying that she was pleased that Cllr. Mallory was listening to the objectors. However, having watched Cllr. Mallory’s answer this was not the case as all that was being offered was a suspension.

Cllr. Turner was quoted in local media as saying the following:

There have been a lot of concerns raised by businesses, particularly in Whitby, about the process and the setting up of the board for the DBID. Even though this is a private initiative and not a council project we felt that it was right that we wait until we hear back from the Secretary of State before going any further.

A couple of weeks later her comments were clearly more subdued. In politics, this is called a “walk back”. This is not as definitive as the previous statement from Cllr. Turner as it passes the buck from SBC to the Secretary of State.

Now this leads to several questions:

I have asked Cllr. Mallory similar questions by email. Unsurprisingly, she has not had the courtesy to even acknowledge the email. Of course it is this same arrogance that has led to this and so many other recent problems at SBC. Hence, I support the call for a meeting where she can be held to account.

Other Councillors such as Steve Siddons and Vanda Inman have been consistent in questioning the merits of the proposed DBID scheme. Siddons was also quoted in the 21st January Scarborough News article. His words reflect my concerns.

This is a win-win situation. It will improve the marketing and the environment of our town.

Again, until very recently, it was clearly Conservative policy to support DBID. As a former Cabinet member, I have no doubt that SBC’s support for DBID was discussed on many occasions in private briefings given to the cabinet. Had I been Cllr. Phillips, I would have been less than impressed at a fellow Cabinet member so publicly undermining a policy I had to defend two weeks earlier. In fact, while I thought her defence of DBID was ridiculous, I have great sympathy for Cllr. Phillips on this issue.

You may wonder why were so many Conservatives backing DBID? An email sent to SBC Councillors by none other than the Leader of the Council may answer your question. In August 2018, Cllr. Alf Abbott responded to an email about DBID from Janet Deacon, SBC Tourism and Corporate Marketing Manager asking her a simple but prophetic question.

Some businesses don’t want to be involved with the bid. What is the answer for them.

Hindsight is a wonderful thing but it turns out that Alf Abbott is the unexpected hero when it comes to DBID. He asked the question that would come to haunt the Conservatives five months ago. What was the response to this very reasonable question?

It is such a pity that like the 42 other Councillors who were absent you could not attend this presentation, I along with those present found it extremely informative especially from a business owner’s perspective and the benefits that would be delivered from such a bid. The attendance was disappointing especially when members say they weren’t invited to meeting, or worse still, keep harping on saying that don’t know what is happening within the Council.

From the Leader himself rejecting a valid concern from one of his own Conservative Councillors. If you were in any doubt, the buck stops with Cllr. Bastiman. Interestingly, Cllr. Turner who was so aghast by DBID in January did not come to her Whitby colleague Cllr. Abbott’s defence. The reason being that Cllr. Turner is a close ally of Derek Bastiman. As a member of the Cabinet she could have done more to stop DBID before it became a major political problem for the Conservative group.

It is now clear that DBID had become a serious electoral liability for the Conservatives as Robert Goodwill has now come out and said “I think we need to look more closely at how this is working.” Of course, the real scandal is that Cllr. Derek Bastiman was warned that there was a problem and in true SBC style he arrogantly dismissed those concerned.

As for Cllr. Turner who wants the benefits of being in Cabinet and to be a member of the opposition at the same time. Sorry Sandra, it doesn’t work like that! Many will conclude that U-Turner has the Tories desperately spinning. As Homer Simpson might say Doh-BID!