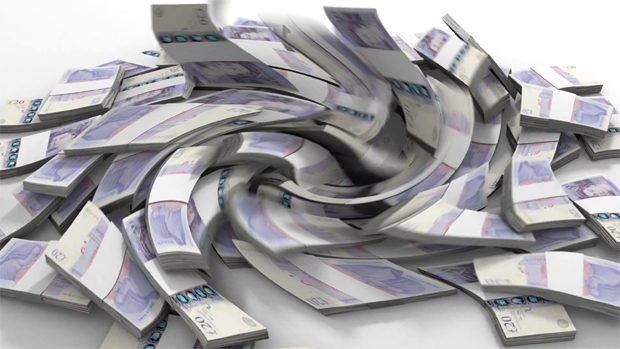 A Letter to the Editor from former (and perhaps future?) Scarborough Borough Councillor Mike Ward, who insists that CHANGE is required (and he is not talking about loose change).

At every turn Whitby residents are being charged more and more but for what?

Our Councils treat Whitby as though it is at the end of the line with a ongoing reduction in services.

Rather than MORE FOR LESS  it always seems to be LESS FOR MORE!

Are residents listened to? Are our concerns understood?

What do our Council Officers and Councillors do?!

Our Community Charge is about to rise above inflation together with Business Rates possibly increasing to fund a dubious DBID to increase tourism.

Will Whitby businesses see any measurable increase in turnover for what is being proposed?

Can the Town’s current infrastructure cope with more tourists ?

The Police, Fire & Crime Commissioner is asking for 9.8% increase in their proportion of our Community Charge.

Do we see (enough) policemen on our streets?

Yes, you also see police speeding cameras penalising drivers but they are rarely positioned in accident black spots so are they just another revenue stream ?

Surely with a reduction in services senior management posts which currently cost us in excess of  £500,000 should be reassessed and savings made to allow for ‘less chiefs but more indians’.

The Youth Shack in Whitby has been closed because NYCC could not afford SBC’s rent so the Town yet again has lost a valuable asset.

The Golf Club has been disposed of but will this money be reinvested back in the Town or used for more ‘vanity’ projects in Scarborough?

Changes are to be announced to the provision of public conveniences.

Whitby Town residents already pay twice for this service – i.e. once to SBC in Community Charge and once to Whitby Town Council in their Parish Precept

Maybe SBC have realised there is now a way to make residents pay three times for the same service!

Our Community charge is paying for a £9m loan to fund a private investor in the failing Waterpark (the business plan showed it was doomed from the start !), subsidies in excess of £2m for the Open Air Theatre and £4m+ for the demolition of the Futurist.

Mistakes upon mistakes for which residents are being asked to pick up the cost.

the price of petrol in Whitby.

When Sainburys received their planning permission, there was an expectation that we could see prices reduced and the ‘cartel’ for fixing petrol and diesel prices locally finally broken. But this has not happened.

Fortunately for some, you only have to travel to the two independent garages 8 miles either side of town to see a reduction in cost of 2p a litre.

If you go further afield you get even greater savings of between 6-9p in Staxton, Middlesbrough and York.

But why are Whitby residents again charged so much?

As residents we need change or things will only get worse.

WE CAN & MUST MAKE CHANGE HAPPEN!