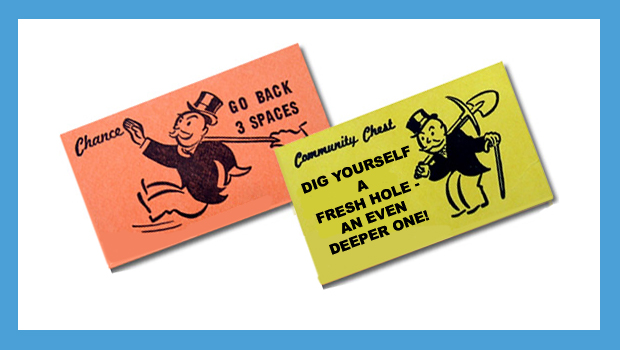 Following publication of my recent article ” Self-Indictment – The Game of CHANCE”, I made it my business to write to Executive County Councillor David CHANCE [Con.], seeking an explanation  for the apparent discrepancy between his respective statements to (i) the Coast & Moors Area Committee of NYCC and (ii) the Whitby Gazette, regarding his purported absence from a meeting of the Caedmon College Whitby Board of Governors on 26th June 2015 – and requesting an apology, if one were due.

David CHANCE has very kindly offered a detailed explanation of those circumstances (and a conditional apology, on a separate matter) which I feel it right and proper to share with readers, in the interests of openness and transparency. Readers will note that David has copied in Mr Barry KHAN, the NYCC Monitoring Officer, and Ms Emma SPENCER, the Whitby Gazette reporter.

Thank you for your email, the contents of which are noted.

I have no hesitation on repeating that on the 26th June I was at the leaving Party for the Director of Service Delivery of Scarborough Borough Council, in Scarborough that evening. I was at the party with upwards of 60 others including Cllr David Billings, who I dropped off at his home at about 10pm, on my way out of Scarborough.

That said the minute of the meeting is therefore incorrect in it’s recording of my attendance. This would normally have been picked up at the next regular meeting of the Governors and corrected to reflect the true attendees, however it was probably missed as I was not present at the following meeting of the Governors of the 15th October as I was abroad on Holiday and therefore was not in attendance to do so.

I hope that my explanation clarifies the matter, your supposition that because of this error the whole minute cannot be trusted is stretching things a bit to say the least.

In the interests of full transparency however, I would advise you that I did make an error in my statement which you have failed to picked[sic] up.

The Governors of both Schools have had two meetings with Pete Dwyer and his officers. The first Caedmon College meeting was at 1.30pm on the 19th August. This meeting was followed shortly after with a similar meeting with the Governors of Eskdale School. The subject of the meetings was the LEA’s views on the future structure of education in Whitby. As a result of these meetings the LEA were requested to provide firm proposals with options to the governing bodies.

This was followed up with a further meeting between three nominated (who were available) Governors of Caedmon College, and Pete Dwyer and his officers,  to discuss proposals and options considered, on Monday 8th February at 1.30pm. These options were to be taken back to a Special Governors meeting on Friday 12th February. A similar meeting was also held with Governors at Eskdale School.  The Governors of both Schools requested full public consultation.

At the area committee I confused the two meetings and whilst there was no minute of the second meeting held on the 8th February, which only reported beck to the full Governors. You were right in your assertion that there was a Confidential Minute of the first meeting, held on the 19th August.

I only picked my error up when reviewing my diary and meeting papers following your email. I can only put this down to the rarity of daytime meetings of the Governors. These are usually held in the evening and I had forgotten that there had been two daytime meetings. For this error in my statement to NYCC Yorkshire Coast and Moors Area Committee I fully and unreservedly apologise.

Nevertheless, on the face of it, and being mindful of David’s credible alibi and handsome apology (on a separate issue), that would appear satisfactorily to conclude the matter – though one cannot avoid the notion that David might have served himself better by simply stating that he definitely was not present at the 26th June 2015 Meeting; the Minutes are wrong.

But reflecting on David’s third paragraph:

I recalled that the Minutes of the Meeting on 19th August 2015 are, in fact, cannot be “Confidential Minutes” (as David has asserted – not I) for the simple reason that they appear, in the public domain, on the CCW website, here:

Note that David CHANCE is again listed as being present, as he was in the Minutes of the 26th June 2015 Meeting.

And note that there is nothing within these Minutes to indicate that it was not a“regular meeting” – or, indeed, “the next regular meeting” –  as David CHANCE would perhaps have us conclude. I will return to this point presently.

What this immediately tells us is that, contrary to David CHANCE’s assertion that the alleged “error” in the Minutes of the 26th June 2015 meeting (i.e. the apparently erroneous listing of David CHANCE as having been present in attendance) was not “picked up at the next regular meeting” because he was not present to “pick it up” – even though David CHANCE was present at that Meeting (if the Minutes are to be trusted – or are these Minutes, too, in error?) and was, of course, duty-bound to correct the “error” in the draft Minutes of that previous Meeting – the 26th June 2015 Meeting – before they were signed off as a true record.

Of course, at that time, it may not have appeared to David CHANCE to be quite as important as it appears to him now, when David is perhaps relying on his absence from the 26th June 2015 Meeting to support of his case for asserting that he is not, precisely in virtue of his absence from the Meeting, conflicted in the Eskdale School closure.

Again, how much more straightforward it would have been for David to simply confirm his absence and state that the Minutes were wrong.

But where there is doubt, let us grant benefit.

Let us accept David’s assertion that he was not present on 26th June 2015 when CCW Headteacher Keith PRYTHERCH delivered his “Principal’s Report FGB 15/45”, in which he had (inter alia) the following to share with his fellow Governors:

The governors had submitted their response and received a letter from Pete Dwyer. There has been a meeting with the Head and Chair of Eskdale School and a College Governor had met informally with their Chair.

The Principal had contacted the local MP who wrote to Nicky Morgan, Secretary of State for Education. He had forward[sic] a copy of his letter. Hopefully Nicky Morgan would get involved

A Governor pointed out that if she did get  involved, the LA would probably be under scrutiny

A Governor also felt that a new Governor on the Governing Body of Eskdale School had a set view, but should be taking the right decision for the town as a whole

If Nicky Morgan were to get involved it could force the issue, especially as the Government was pushing for schools to become Academies. The Principal had spoken to Wrigleys Solicitors who pointed out that deciding to change to 11-16 age range and actually achieving it were two different things.

The Principal formally thanked the Link Governor for SMSC for her hard work, commitment and support in this matter, particularly in drafting the Governors’ response.

It may be David CHANCE’s claimed ignorance of this specific information (knowledge of which he must have obtained were he to have been present – or could have obtained, had he examined the published Minutes on the CCW website, as I did) upon which may hinge his possibly conflicted position.

Regarding the fact that the Minutes of 26th June 2015 do seem to have been in error, which David feels may safely be dismissed with the generalised assertion that to allow it to throw doubt on the trustworthiness of the Minutes as a whole would be “stretching things a bit to say the least”, I profoundly disagree – especially if it should transpire that the August 2015 Minutes are also erroneous.

Minutes of both of those Meetings have been signed off as a true record. If either (or both) is in error, then they cannot be true records. Yet David CHANCE does appear to contend that at least one, and possibly both, contain(s) erroneous information.

Perhaps David CHANCE is unfamiliar with the old legal maxim “Falsus in uno, falsus in omnibus”.

I am reminded of an anecdote shared with me only this morning, when a colleague spoke of his late father’s advice:

The point being that the Minutes of the 26th June 2015 Meeting declare David CHANCE as having been present, yet he insists that he was not present and, had he been present at the “next regular meeting” (identified by him as having taken place on 15th October 2015 – but seemingly the Meeting that took place on 19th August 2015 – for which the ratified Minutes assert that David CHANCE was again present), he “would have” flagged up for correction a significant error in the 26th June 2015 Minutes . . . (would have?) . . . then the question goes begging as to why he did not flag up the error when he did attend (according, at least, to the Minutes) the de facto next Meeting (on 19th August 2015), nothing in the Minutes of which (see above) indicates that it was not a “regular Meeting”, and nor did he flag up the error at the next Meeting on 15th October 2015, since he was not present at that Meeting (which the Minutes of that October Meeting confirm, though thereby must hang another question mark), having been away on holiday at the time. Phew!

Ergo, we are entitled to believe that it was indeed a “regular” Meeting; that David CHANCE was indeed present; that he did not attempt to correct the “error” in the Minutes of the 26th June 2015 Meeting (either at the August or the October Meeting) – his presence at which he appears to believe may have conflicted him on the matter of the Eskdale School amalgamation, in virtue of him having thus obtained the information (one way or the other) contained in Keith PRYTHERCH’s Report to the Governors , which he would apparently prefer not to have known.

In fact, though, it is quite simple. It boils down to this:

Was he present or not – on either (or both) occasion(s)?

How can we know? Without confidence in the veracity of ALL of the CCW Minutes, how can we ever know?

Falsus in duo, falsus per omnia. False in two details, false throughout.

And, in the absence of that confidence, we can be left only with the conclusion that either Executive County Councillor David CHANCE [Con.]has been “economical with the truth” – or that Minutes of Caedmon College Whitby Board of Governors’ Meetings simply cannot be relied upon.

Take your pick . . . and keep digging those holes. 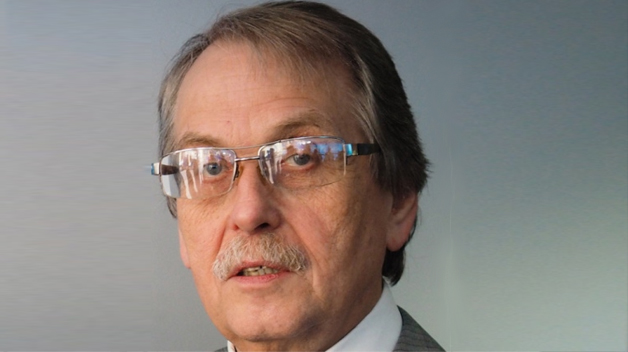