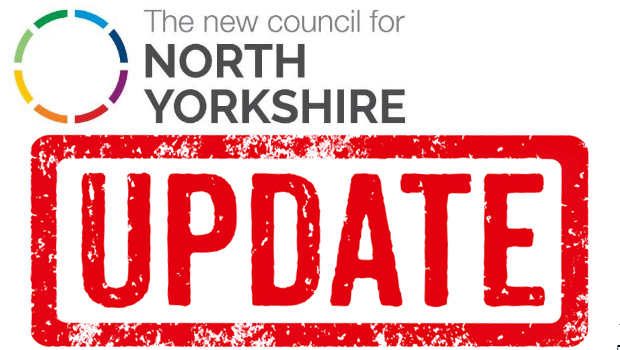 Readers may be interested to read the following ‘leaked’ UPDATE from NYCC regarding its progress towards the new Unitary Council which is set to govern North Yorks from next year (2023).

Despite (or perhaps because of) Labour’s recent electoral gains in the coastal area formerly administered by Scarborough Borough Council, no Labour members feature in the governance structure for our area – which will in fact be overssen by prominent Tories, Councillor Derek BASTIMAN (as Executive Member for Business & Economic Development) and Councillor David CHANCE (as Executive Member for Corporate Services). One may easily imagine how well-disposed these Councillors will be to outgoing SBC Leader Councillor Steve SIDDONS’ pie-in-the-sky schemes.
On the Paid Service side of the equation, few will be surprised by the absence of SBC s.151 Finance Director, Nick EDWARDS, or SBC Director of Legal & Monitoring Officer, Mrs Lisa DIXON, though SBC CEO & Head of Paid Service has been nominated as ‘Sponsor’ for Economic Development – somewhat surprising for an Officer whose background is in Adult Services, not commerce (which may explain his limited grasp of the various legal and financial mistakes wrought by his staff at SBC in regard to – for example – Benchmark, YCBID, NBR, Travelodge, ARGOS… et cetera, ad infinitum).
Still, we must wish him well in his role, in the hope that his performance improves with more professional resources at his disposal.