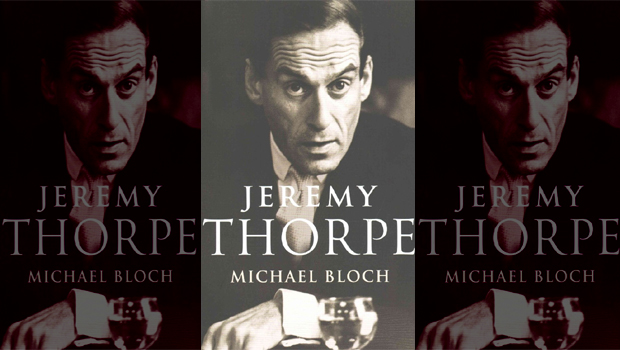 For those that do not remember the Jeremy Thorpe scandal; he was the leader of the Liberal Party that revitalised its fortunes and in 1974 nearly led it into a coalition government with the Conservatives. He was highly intelligent, witty, a natural communicator and leader of his party at the astonishingly young age of 37.  He was also a homosexual at a time when homosexuality was illegal, a paedophile, a fraudster and was acquitted of the attempted murder of one of his former lovers -a male model named Norman Scott – using a contract killer Gino Newton. Briefly, Newton lured Scott to a lonely moor, shot Scott’s dog then tried to turn the gun on Scott. The gun jammed and Newton fled. Newton was jailed, but Thorpe was acquitted of attempted murder.

Although this is not a book review, I would comment that the book is an excellent work. Mr Bloch trained as a barrister and this shows in his work, which is well written and with a minute attention to detail. The book could not be published while Jeremy Thorpe was alive, because of the detail it had discovered about Thorpe and his lifestyle and new revelations which have been described (accurately in my view) as “jaw dropping”.

One of these revelations concerns one of Thorpe’s lovers, the sadistic heir to a peerage, convicted paedophile and wastrel, Henry Upton, who mysteriously disappeared from a boat off the Sussex coast in 1957. Bloch reveals that someone who knew Thorpe has alleged that Upton was murdered on Thorpe’s behalf to conceal that Thorpe had embezzled Upton’s funds.

Initially, I was interested in discovering whether Thorpe had any connections to Scarborough and if he had met or knew Peter Jaconelli or Jimmy Savile, who was active in Liberal Party politics. Both enquiries drew a blank. However, I found the Upton case intriguing. It fitted with Jeremy Thorpe’s modus operandi of fraud, being willing to use violence to conceal his crimes and to conceal his private life, which, if it had become widely known, would have destroyed his parliamentary career.

The attempt to murder Scott by contract killer Gino Newton is well known and went to Court. However, it is not generally known that there was also a previous attempt to murder Scott. According to news reports a man was approached to kill Mr Scott in return for £13,500 – a huge sum in those days. He and another man (with a gun) drove from London to the pub in North Devon where Mr Scott lived. However, his London accent caused attention in the pub. Realising that they stood out, they abandoned the mission and returned to London.

Incredibly, he confessed to the Police that he had been hired to kill Scott on behalf of a senior figure in the Liberal Party and that subsequently he provided the gun to Newton that was used to shoot Scott´s dog in the second abortive assassination attempt. He also gave a written statement to this effect to Scotland Yard detectives. He was subsequently telephoned by a Policeman and told to go to Brentwood Police Station in Essex. When he arrived, he was shown a statement about half the size of the one he had earlier given to the Police, with all the evidence incriminating Thorpe removed. He was assured that if he signed it, he would be free to go and that would be the end of the matter. He did and it was. Neither of the contract killers was arrested, although both were known to the Police. Neither was Thorpe arrested, nor the Police Officers who perverted the course of an investigation into a serious crime.

The NYE Attempt To Have Both Cases Re-opened

In February 2015, the NYE ran the article below.

I wrote to Devon & Cornwall Police requesting that they re-open the Jeremy Thorpe case. Devon & Cornwall Police responded courteously, pointing out that any decision on re-opening the case had to be taken by the Crown Prosecution Service. I then wrote to the Ms Alison Saunders, asking her to re-open both the Henry Upton case and the alleged first attempt to murder Norman Scott on the basis of fresh evidence. I also wrote to Sussex Police in the following terms:

“Concerning the unsolved disappearance of Henry Upton, I feel on a point of principle, that based on fresh evidence, some new attempt to resolve Mr Upton’s disappearance should also be made. I would therefore respectfully ask that the Chief Constable considers re-opening the Upton case and reviewing the file, to get to the bottom of the Upton disappearance if possible. I wish to emphasise that there is no implication or concern that the original investigation by Sussex Police was not handled properly.”

I expected to receive a short response to the effect that due to the passage of time, it was unlikely that they would be able to make any progress in either investigation and that therefore it was not advisable to re-open them. In fact rather than take this obvious, reasonable and fairly simple line, astonishingly, neither responded to correspondence, despite repeated reminders, although they had a duty to do so.

This was obviously quite intriguing.  After all, if I was barking up the wrong tree with a request for a historical investigation, why not simply say so? 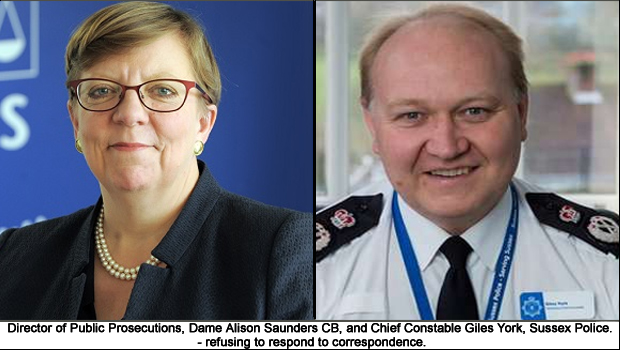 It is alleged that Police Officers perverted the course of an investigation into an attempted murder organised by a politician.

Could it be that, as with Peter Jaconelli, we are on the right track? Hence the reluctance of officials to comment?