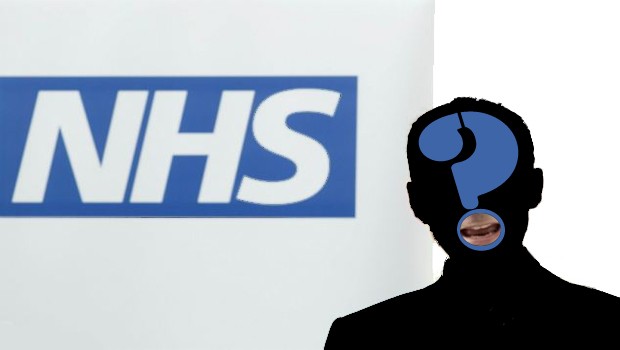 On 10th January 2015, I took the liberty of reproducing (under the title “A Culture Of Cowardice”) a letter to the editor of the Yorkshire Post from John BRADFIELD, addressing the hostility evinced by public sector authorities to legitimate complainants and “whistle-blowers”. It is a curious reversal of reasonable anticipations; the courageous are all too frequently victims of the poor timorous souls whose salaries and pensions weigh heavier than their prinicples.

John BRADFIELD has contacted me today – not to take me to task for purloining his copyright, but rather to provide a fuller exposition than appeared in the Yorkshire Post. It will find resonance with all those whose experience with complaints procedures has brought them to the conclusion that the bodies whose remit it is to investigate complaints (in John’s words) “seem to exist to defend the indefensible at all costs and exasperate those driven to complain about very bad experiences”. These bodies are constituted under statute and can themselves be held to account.

John BRADFIELD’s credentials to address this vital aspect of accountability in public life (John is an Hon. Adviser & Researcher at the Alice Barker Trust 1990-2015, a former Medical, Psychiatric & Child Care Social Worker & Tutor, and a Campaigner and Writer on Bereavement Issues, Related Law & Practice) ensure that his letter to me is too authoritative to be met by publication in the Letters to the Editor section of the North Yorks Enquirer – so I present it here in the Featured section, unabridged in any way, so that it may come to the attention of our full readership, who I hope will experience the same sense of empowerment that it has brought to me.

Over to John BRADFIELD.

I’ve just discovered that you have reproduced my letter from the Yorkshire Post on child abuse and other matters which call for conscientious whistleblowing.

The YP editor published the quote from the Patients Association about the “shameful” standards of the Parliamentary & Health Service Ombudsman. The only sentence not printed in the YP was this:- “I had earlier accused the PHSO of being “horrendously incompetent”.” The summary below explains how I reached that conclusion.

The PHSO rejected my complaint against the York Teaching Hospital NHS Foundation Trust, (York Trust), which forced me to travel in the most dangerous driving conditions I have ever known, to collect using my own car, the body of a friend who had died. On the Friday, the police had closed many roads, including the A1 or part of it because of black ice, fog, heavy rain, flooding and numerous accidents. They advised everyone to stay at home because of the dangers. Consequently, I tried to make arrangements with the York Trust to collect my friend’s body on the Saturday, ready for the funeral on the Sunday. Completely safe driving conditions were predicted for the Saturday. The York Trust would not agree, hence I had to drive on the Friday, when my life was placed in danger.

Anyone with a very basic knowledge of assessing health and safety risks would have known what decision to take, e.g. to ensure I did not end up in A&E or meet with an untimely death.

I provided evidence on relevant law and psychology, requesting that the PHSO ask the York Trust to prove, whether or not my evidence was sound. The PHSO declined to do just that and rejected my complaint. The final report made no mention of the fact that I have long been referred to as an expert on the subject, e.g. as mentioned in parliament.

The PHSO naively stated that it cannot make law. That is true but all of its decisions must be entirely consistent with the rule of law. That it seems ready and willing to ignore and effectively encourages NHS staff to do the same. That would be shocking to the courts and should be so shocking to all government ministers and all MPs., that they should deliver a robust and urgent solution. The York Trust is a “teaching” organisation but what it is teaching is shocking.

PHSO staff stressed that they are lay people and they clearly had no understanding of crisis psychology and no intention of trying to understand it, in terms of what can seriously harm emotional wellbeing. That is despite the fact that the NHS has a legal duty to protect and promote both physical health and emotional wellbeing, as now stated in Section 1, NHS Act 2006.

In short, unless a coroner is involved, a relative, friend or other person can “take lawful control” (TLC) over what happens to a body in any place and collect it immediately. Any public servant or other person who obstructs anyone attempting to do that can be prosecuted by the police. Coincidentally, for that very reason a public servant was prosecuted and found guilty in York. The highest judge in the land at the time, the Lord Chief Justice, said all public servants or their advisers must understand and work to this clear aspect of law. The York Trust doesn’t do so and nor does the PHSO, because they have their hands over their eyes and ears. By contrast with the “horrendous incompetence” of the PHSO., I have asserted that an investigative journalist could do what needs to be done, with one arm tied behind their back and blindfolded.

On relevant law I provided a few more details for the website of the Law Commission. Those can be found under Legal Curiosities. Look for the words, “The body of a baby, child or adult may be moved anywhere within England and Wales …”

Anyone who needs to challenge the NHS to raise its standards, would be well advised to avoid the PHSO, as it seems to exist to defend the indefensible at all costs and exasperate those driven to complain about very bad experiences. More detailed criticisms are provided by the PHSO Pressure Group via its website, phsothefacts. See also the website of the Patients Association for details of its press release of the 18 November and letter of the 10 December 2014 to Jeremy Hunt, who is in charge of the NHS..

Health and welfare staff must take a TLC approach when anyone dies but remember, TLC means what everyone knows it means but in addition, it also has a legal meaning. Both are very important.