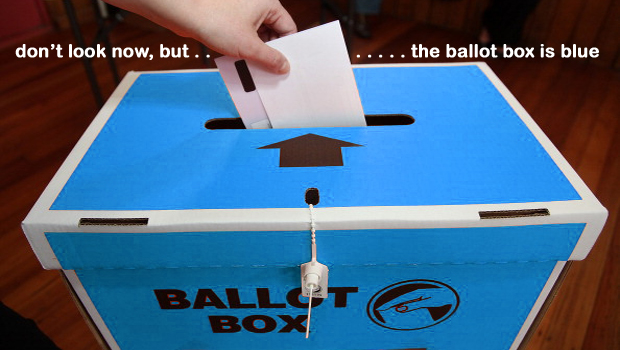 I have recently received a number of reports/complaints from members of the public in the Borough of Scarborough concerning the inclusion of Conservative election propaganda in correspondence from the SBC Elections Team and other Council departments.

It would appear that party-specific, ward-specific “60-Second Survey” double-sided A4 Questionnaires are being sent out to electors unsolicited, by including them in envelopes containing official correspondence from SBC to electors/householders in the Borough. 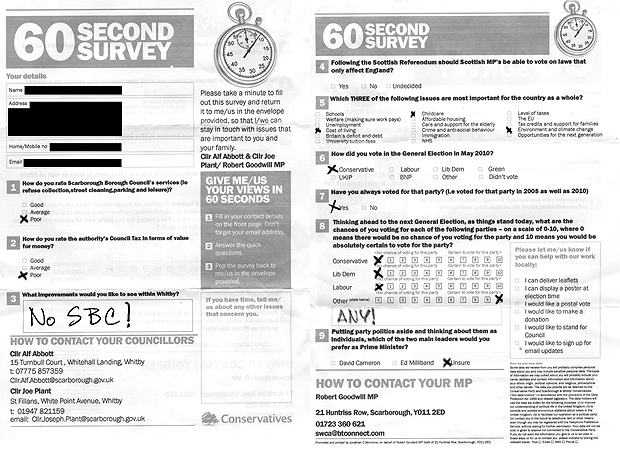 No other candidates are mentioned. No other party is mentioned. Only the three Conservatives.

And yet the “60-Second Survey”, arriving as it does in the same envelope as official correspondence from Scarborough Borough Council, gives the distinct impression that it forms part of official Council correspondence that under no circumstance should evince bias in favour of one political party over all others.

Adding to the impression that the “60-Second Survey” is a legitimate consultation on behalf of the Council, Side One ( the ‘front’ of the two-sided A4 document) presents three Questions (1 – 3) – Questions that concern themselves solely with aspects of the Borough Council’s performance, giving no hint of the Conservative bias to come.

Only on Side Two, with Questions 4 – 9, do we see the first indication that electors are being targeted from a solely Conservative perspective.

Readers may wish to invite SBC Returning Officer Jim DILLON to comment on this apparent breach of electoral impartiality.

Failing that – since it is famously nigh on impossible to obtain an acknowledgement from ‘Silent Jim’ (much less a response) – the Electoral Commission web-site dedicates a whole page to providing an opportunity for electors to report electoral malpractice.

Or you can probably write to them, care of Conservative Head Office.