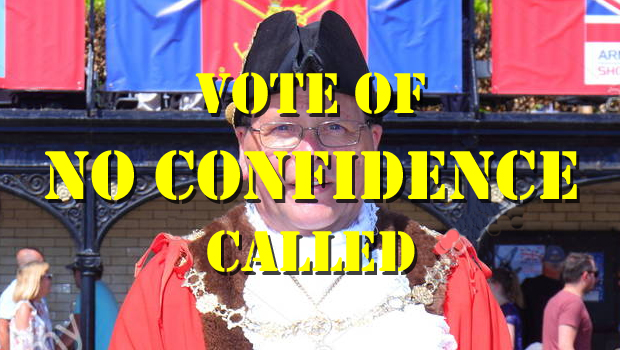 Primary legislation governing the methodology of convening an Extraordinary Meeting can be found in Schedule 12, Part 1, s. 3(1) of the Local Government Act 1972:

3(1) An extraordinary meeting of a principal council may be called at any time by the chairman of the council.

In the event that the Mayor (or, in this case) the Deputy Mayor, Councillor Dilys CLUER [Green], ignores or fails to act upon the Requisition, then the signatories will presumably instruct SBC Democratic Services Manager Mr St John HARRIS to schedule the Extraordinary Meeting as soon as practicably possible.

It should be remembered that an earlier Requisition for an Extraordinary Meeting to examine the legality of the conduct of the Chief Executive has apparently been disallowed – by the Chief Executive. A clear and thoroughly reprehensible conflict of interests.

When, during the Meeting of Full Council on 5th November 2018, Council RANDERSON [Lab.] attempted to raise a Point of Order on this and other Constitutional infractions, Mayor PLANT, on the Chief Executive’s advice, refused to hear the Point of Order.

Unwilling to tolerate such a flagrant disregard of the Constitution, Councillor RANDERSON and nine other elected members left the Meeting in protest.

Subsequently, Councillor RANDERSON wrote to the Mayor but could elicit no response.

Director of Legal & Democratic Services and Monitoring Officer Mrs Lisa DIXON then wrote to all Councillors asserting that a Point of Order can only be raised in respect of an irregularity occuring within the Meeting to which it pertains (this is not so), disregarding the fact that neither she nor the Mayor even heard Councillor RANDERSON’s Point of Order and, therefore, could not possibly have known whether it pertained to that present Meeting or not! Unless, of course, the room in which the Labour Group private meeting (where the details were discussed) immediately before Full Council was bugged. Of course, neither Directors nor Tory Councillors would dream of doing that – even in a Council where emails to Opposition Councillors are routinely intercepted.

As the pantomime season approaches, the Enquirer will report on continuing developments.