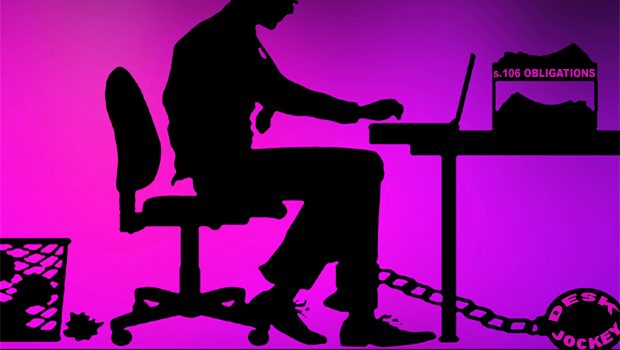 Readers are invited to examine the following document (reproduced in full at the foot of this article):

This Report sets out how Obligations authorised under s.106 of the Town & Country Planning Act 1990 (as amended) – an overview of which is provided here – are agreed and how they are to be disbursed.

At Scarborough Borough Council, it is the Planning Services department that oversees and monitors s.106 Planning Obligation monies.

These monies are allocated by Cabinet through the Capital Bid process and approved by Cabinet.

The Report also sets out, in Section 3.2 Planning Obligations, the following purposes:

I.  To secure monies for Infrastructure.

It was Scarborough Borough Council’s clear intention that this would, in due course, follow the customary methodology for securing funding for off-site infrastructure. (Excluding affordable housing).

The Council, at this current time, has decided NOT to introduce CIL.

The Report sets out some of the current SBC Section 106 Planning Obligations.

SBC s.106 Obligations currently in development and with Planning permission and subject to s.106 Obligations within the Borough would raise £5.5 million, in addition to the £3.2 million that has already been received. This could result in a total revenue of £8.7 million.

Now here comes the developers get out clause –

“The government has also in recent years made it easier for developers to reduce contributions after planning permission has been granted if it can be demonstrated that they affect the overall viability of the scheme”.

To me, that reads rather like the developers have liberty to say to themselves, “In our enthusiasm to secure Planning consent, we unrealistically inflated the magnitude of our s.106 bid, secure in the knowledge that we could later reduce it on grounds of viability” – but I could be wrong.

The most alarming part of this report is in Section 5. Assessment – Item 5.21 states:

“When 106 monies are received the organisation or service likely to be responsible for expenditure is informed and reminders are sent well in advance of any date when the monies have to be repaid to developers. Unfortunately, in the case of monies derived from Sainsburys in Whitby, a request has been made to repay £62,853, which was not spent on proposed cycle/pedestrian improvements to Stainsacre Lane within the allotted 5 year period which expired in January 2017, although the Highway Authority is seeking persuade to Sainsburys of the merits of its proposed scheme.”

In 5.22, we learn that the most important Item in the figures indicated as expenditure on transport has been £86,287 by the Borough Council on new highways at Whitby Business Park. However, there are also a number of projects where works have been carried out on behalf of the Highways Authority, but formal request to the Borough Council for transfer of the s.106 funds is still awaited.

Consequently, these sums remain in the unspent column.

Section 6. Implications then goes on to state, in 6.2 (b) Financial:

“Without monitoring Section 106 sums may remain uncollected or returned to developers if not spent. Monitoring charges were introduced in 2011 to cover the costs of providing this service”.

“If the system of planning obligations is not dealt with properly, there is a risk that developers and/or the community could mount a legal challenge to the Council’s actions. District Audit would also criticise the Council if the process of negotiating for commuted sums were not transparent”.

The question is – is it too late?

. . . or does Whitby Town Council have the nous and the gumption to instigate a legal challenge in respect of the s.106 monies to which they are legally entitled? [Perhaps WTC and SBC Councillor Phil TRUMPER [Con.] can tell us?]

The Report also states, in Section 5.9

“Therefore Cabinet agreed to the release of the smaller sums received (totalling £71,000) to cover staff costs in Housing Services to help secure new affordable units and Planning Services, so that officers have the in-house expertise to verify the highly technical financial data submitted by developers in their viability assessments. This has generated results, with officers negotiating substantial uplifts in affordable housing provisions/contributions thus demonstrating this investment has been beneficial”.

Do readers believe that the £71,000 of s.106 monies which has been swallowed up in the Planning Services department (to cover staff costs in monitoring s.106 monies) in any way conforms to the stated purpose of being beneficial to the community of Whitby, as specified in the regulations?

My impression is that the chief beneficiary has been the Council itself, by enabling it to keep desk jockeys ‘bums on seats’ (and clearly not the brightest ‘bums’) in the Planning department – a strategy widely-known as “jobs for the boys”.

It would appear to me that the monitoring has been deficient in this case, and that this Report actually succeeds only in highlighting SBC Officers’ incompetence and questionable practices concerning the overseeing of s.106 monies, at least where benefit to the community of Whitby is concerned.

In the light of recent revelations involving land transactions, there is increasing concern that the public purse is not in the safest of hands at SBC’s Planning department.

The Chair of the SBC Planning Committee is Councillor Phil “Ladies’ Man” TRUMPER [Con.], but the buck for organisational failures of this nature properly falls firmly on the desk of the Chief Executive, Mr Jim DILLON (who can be relied upon to have nothing to say on the subject).