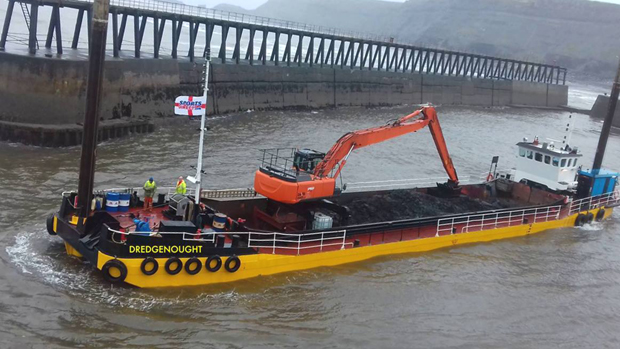 Enquirer Harbours Correspondent ALLAN ROBERTS digs deeper into the state of the Borough’s costly dredging provision ahead of consideration by Cabinet reliant on Officers’ Reports. (Are you paying attention, Councillor JEFFERSON?).

A Report presented to the Council in January 2014, and written by the Harbour Master, Capt. Vasey, stated that the total annual cost to run the dredging system is £180,000 per year.

The report also stated that the earnings form outside contracts for the three previous years generated a profit of £60,000 per year.

On the basis of that Report, the Council decided that the Borough Dredger would undertake a major re-fit at a cost of £402,000, subsequently resuming dredging activities in 2017.

Capt. Vasey has now submitted another Report to the Council, dated Jan 2020 and after reading it and comparing it to his report of 2014, I do question his ability to advise the Cabinet on this issue.

The 2014 report stated that profits from outside contracts were projected to be worth £60,000 per year.

A recent FOI response to determine those projections withholds any details of income from outside contracts on the grounds of commercial confidentiality.

However, the dredging records covering the period since the 2017 re-fit indicate that just 8 days in the first quarter of 2018 were spent on outside work. Whether or not that contract generated the projected £60,000 only the Council knows. I think it unlikely.

Nevertheless, the latest report stresses that:

“Income received from external contracts will offset current dredging expenditure with the aspiration of dredging our own ports on a cost neutral basis with the potential to provide an additional source of revenue for the .Harbour Authority.”

Sounds to me like more pie in the sky.

The only thing that the latest Report does correctly acknowledge is the fact that Whitby and Scarborough have very different requirements and, I suggest, require different solutions.

Scarborough Harbour presently gets a poor deal out of the Borough dredger. In the years 2017-2019 the dredger operated at Scarborough for a total of just 9 days, for which a total of £76,000 in recharges was made against the Harbours account.

There is already a budget of £38,000 per year earmarked for dredging at Scarborough, so perhaps the dredging requirements at Scarborough Harbour could be better provided by an external dredging company, and let the Whitby harbour provide for itself?

Perhaps the whole Harbour management is in need of an Independent Review, by an outside body.

Why, for example, is the Council employing a dredger Captain on expensive day-rates for local dredging, when they already employ two certificated ships Masters, sat behind desks?

On reflection, the content of this latest Report – written by the same author – is no better than the 2014 Report, which has been proven to be wildly inaccurate.

My view is that this latest Report is unfit to be used as a basis for what will very likely prove to be yet another expensive mistake for the taxpayer.

On 14th January, the Council will meet to discuss proposals to hand the management of the Scarborough Borough Dredger to a private company.

In November alone, three payments totaling £13,359 were made to a company named Dalby Offshore Services. The records indicate that the payments are made on behalf of the Whitby Harbour Dredger, and are identified on those records as ‘Grants’.

Could it be that the meeting on Tuesday is not really to discuss this proposal, but is yet another ‘whitewash’ to rubber stamp a deal that is already cut and dried?

Only time will tell.