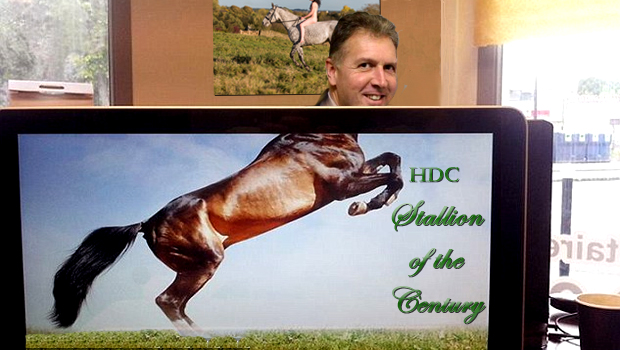 For those unfamiliar with the term ‘gardening leave’, what it means is that Peter SIMPSON’s employment was terminated without granting him opportunity to lay hands on his records, or take anything away with him. But Peter SIMPSON is no pussy-cat. He subsequently parlayed a year of absence, at half salary (£62.5K), for the transition period during which he was replaced at Hambleton by the current Chief Executive Officer and Head of Paid Service Phil MORTON, who became Acting CEO following Peter SIMPSON’s departure, and was subsequently confirmed as the new CEO later in 2012.  (More about Phil “Ya Boots” MORTON presently). 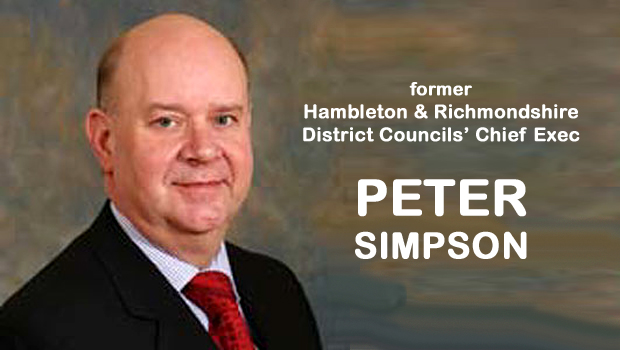 The full extent of Peter SIMPSON’s ‘departure package’ has been reported to be in the region of £375K. That is pretty serious “sod off and shut up” money. HDC is not about to reveal the terms of any non-disclosure agreement that might, in the Senior Management team’s eyes, justify that exhorbitant dollop of ‘hush money’.

Readers of my recent pieces about the Hambleton “whistle-blower” will no doubt be delighted to learn that Peter SIMPSON’s ‘departure package’ forms part of the potentially career-threatening information that has been passed to me – along with the bottom-line about why it was necessary to make sure that he did indeed “shut up and sod off”, no  easy feat with a man noted for his “abusive and dominating” behaviour.

But before we move on to the next candidate for ‘gardening leave’, let us just tie up a few loose ends on Mr Peter SIMPSON.

The received wisdom at the time was that Peter SIMPSON’s dual rôle (as CEO at both Richmondshire and Hambleton District Councils) was terminated because of a ‘personality clash‘ between RDC Leader Councillor John BLACKIE and the then HDC Leader, Councillor Neville HUXTABLE [Con.].

An unidentified HDC spokeswoman was quoted: “We are unable to go into more detail at the current time because of employment contractual arrangements.” That was two-and-a-half years ago and the deal, whatever it was, is all done and dusted now – so presumably there is no longer any impediment in the form of any “employment contractual arrangement” to prevent HDC sharing the truth with the public now, is there?

Oh, yes there is. 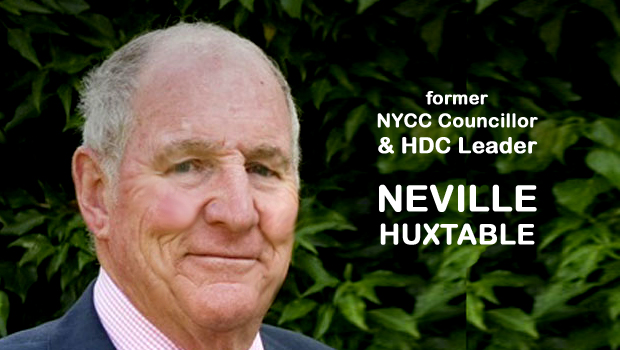 In the aftermath of Peter SIMPSON being metaphorically frog-marched to the Stonecross car-park, HDC Leader Councillor Neville HUXTABLE [Con.] resigned the Leadership, for ‘personal reasons’. The interesting point is that the Leadership was then taken up by the present incumbent, Councillor Mark ROBSON [Con.], who assumed the Leadership on 14th May 2013 – having only been on the Cabinet for the previous twelve months. One-time grease-monkey makes good, eh? – or, at least, makes something. Remember The Sopranos?

Leader Councillor Mark ROBSON [Con.] is the man who has denied, in an email to a member of the public, that he is personally responsible for negotiating present CEO Phil “Ya Boots” MORTON’s salary of £125K per annum, though it is laid out in the HDC Pay Policy such is the sole process for the determination of the CEO’s salary. (Back in 2011/12, when Peter SIMPSON was still in the hot seat, Phil “Ya Boots” was on ‘only’ £93K and small change).

Councillor Mark ROBSON single-handedly agreed to Phil “Ya Boots” MORTON’s latest pay-rise and no Councillor with whom we have checked admits to being aware of that £125K salary, which apparently slipped through very swiftly within the overall ratification of the Pay Policy, without the CEO’s pay-rise being discussed.

Leader Councillor Mark ROBSON has denied, in correspondence with a member of the public, that it was he who ‘negotiated’ CEO Phil “Ya Boots” MORTON’s pay-rise. That seems to have been an outright lie. 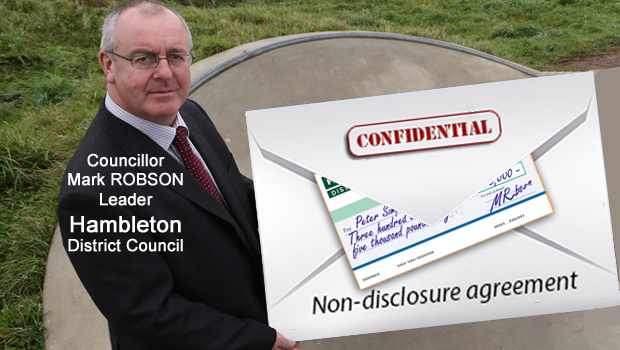 Meanwhile, HDC Monitoring Gary NELSON has rejected a Formal Complaint by a member of the public in regard to Councillor Mark ROBSON’s lies, stating that no breach of the Councillors’ Code of Conduct can be identified.

1) The HDC Pay Policy states unequivocally that the Leader alone must negotiate the Chief Exec’s salary.

2) The Leader has denied, in writing, having done so; he maintains that it was Full Council.

3) If it was Full Council, it was unconstitutional, since the Pay Policy restricts the negotiation to the Leader.

4) If it was not Full Council; then it can only have been the Leader – in which case, the Leader has lied about it.

But according to Deputy CEO Dr Justin IVES, who has reviewed the Formal Complaint, it is not a breach of the Councillors’ Code of Conduct to provide members of the public with blatant lies, or to refuse further correspondence when caught out, as has Councillor Mark ROBSON. And now Justin IVES has done the same.

Conclusion? The HDC Complaints Procedure is NOT FIT FOR PURPOSE – like so many others in public life.

In November 2012, Councillor Neville HUXTABLE resigned from HDC altogether (after 13 years service on the Council). Readers may recall that Neville HUXTABLE was one of a number of HDC Councillors who had accepted Broadband/IT ‘allowances’ from HDC as well as from North Yorkshire County Council. The then Monitoring Officer Martyn RICHARDS (now merely Corporate Director, and widely-rumoured to be on the way out) refused to name these Hambleton ‘double-dippers’ under FOIA, but was subsequently forced by the Information Commissioners’ Office to do so.

Meanwhile, Martyn RICHARDS has recently been replaced as Monitoring Officer by Gary NELSON, who has already run-up a string of gaffes. It takes a skilled lawyer to bury lies and corruption. The problem is that skilled lawyers are thin on the ground in the public sector generally (and thinner still, out in the sticks); the good ones tend to go where the honest money is; the private sector.

Neville HUXTABLE was also a North Yorkshire County Councillor, though he did not stand for re-election at the County elections in May 2013, just a couple of months after the BBC ‘Inside Out’ documentary vindicated the NYE team’s naming and shaming of the ‘double-dippers’. My sources tell me that, in personal conversation, Neville HUXTABLE declared that he had “seen enough”, “wanted no part of it” and “would not be drawn” to comment any further. Neville knows the score. (Who will help the widow’s son, Neville?).

This brings us, conveniently, to the matter of the recent “whistle-blower” allegations.

Let us be absolutely clear; a serving Hambleton District Councillor (the “whistle-blowere”) has made very serious allegations, via the North Yorks Enquirer, on the basis of assured anonymity (because the NYE can be trusted, but the ‘Top Five’ – the HDC Senior Management team  – cannot, and, further, neither can HDC Leader, Councillor Mark ROBSON).

I do not assert that the allegations are true. I assert only that I have made considerable efforts to corroborate the allegations  and encountered nothing that would in any way negate them – though it must be said that I do not have the investigative powers to interview, under caution if necessary, potential witnesses; that is a task that must be undertaken by an impartial third party.

I approached Monitoring Officer Gary NELSON on 18th September 2014, announcing the “whistle-blower” allegations and requesting his advice on how to proceed. He ignored my email.

On 24th September 2014, I tried again, this time with the Director of Environmental & Planning Services Micky JEWITT.

I have made other attempts to raise the matter, with other Senior Officers, and yet on 7th October 2014, Corporate Director Marty RICHARDS told me, in an email, that he is not aware of anything outstanding in relation to the “whistle-blower”.

Chief Executive Officer Phil “Ya Boots” MORTON simply disregards all attempts at communication. I wonder why.

The “whistle-blower” would appear to have very good reason to mistrust the ‘Top Five’. It certainly reflects very poorly on the ‘Top Five’ when even the Councillors (who employ them) regard them as not to be trusted.

But thus far, I have released only one part of the “whistle-blower” allegations, citing the following brief excerpt from the first of the social-media Personal Messages to me on the subject:

Acting on behalf of the Council, Deputy Chief Executive Officer Dr Justin IVES has point-blank refused to investigate the “whistle-blower” allegations, even when I pointed out that even that tiny excerpt already reveals:

In refusing to investigate the allegations, Dr Justin IVES has ridden rough-shod over the terms of the Council’s “Whistle-blower Policy” and other Constitutional requirements.

He has ignored my emails taking him to task for doing so.

Clearly, there is no will at HDC to address “whistle-blower” allegations or the corroborative statements of other witnesses.

Conclusion? Clearly, the Senior Management team at HDC is NOT FIT FOR PURPOSE, at least as far as “whistle-blowing” is concerned.

The reason for this is about to become manifest.

I am not, at this stage, intending to reveal the identity of the Officer’s Personal Assistant, because it is unclear at this stage whether or not this sexual act was consensual – part of an inappropriate, but essentially romantic, relationship – or, as some sources have suggested, that the PA fell victim to a common enough circumstance of sexual misconduct in the workplace, in which the more junior of the two participants has fallen victim to the greater power and influence of the more senior partner and simply dare not say “No!”.

If such is the case, it is unsurprising that, like the NYE “whistle-blower”, the PA would have had NO CONFIDENCE in the procedure, knowing full well that ranks would close and words would be weaselled in such a way as to exonerate the senior partner, at the expense of the junior. Such is the law of the corporate jungle.

What I am intending to reveal is the name and present rank of the Senior Officer against whom these allegations have been made – by a serving Councillor whose anonymity is protected by law.

HDC has had every possible opportunity to acknowledge and duly investigate these “whistle-blower” allegations in accordance with HDC’s own “Whistle-blowing Procedure”.

HDC has had every opportunity to engage with me to discover the true extent of the “whistle-blower” allegations.

HDC has not requested any statements or evidence.

In short, the Council does not want to know. Does that mean that the elected members of Council do not want to know? Or is the matter entirely in the hands of the Council as a body corporate, whose Senior Officers include the one against whom the allegations have been levelled? That would be a conflict of interests of the highest order.

What possible avenue of accountability remains?

Of course, it is possible that the “whistle-blower” has made up the whole sordid story – though it is hard to believe that the people of Hambleton would have elected anyone so foolish as to entrust me with written evidence of identity in order to have me repeat a libellous falsehood.  That militates in favour of the allegations being true.

The question now is this:

What steps will HDC now attempt to prevent the naming and shaming of the cock-happy autocrat who, according to the “whistle-blower”, was caught red-handed, shagging his PA in the office?

Watch this space. There have been many shabby secrets at HDC. Let there be light! 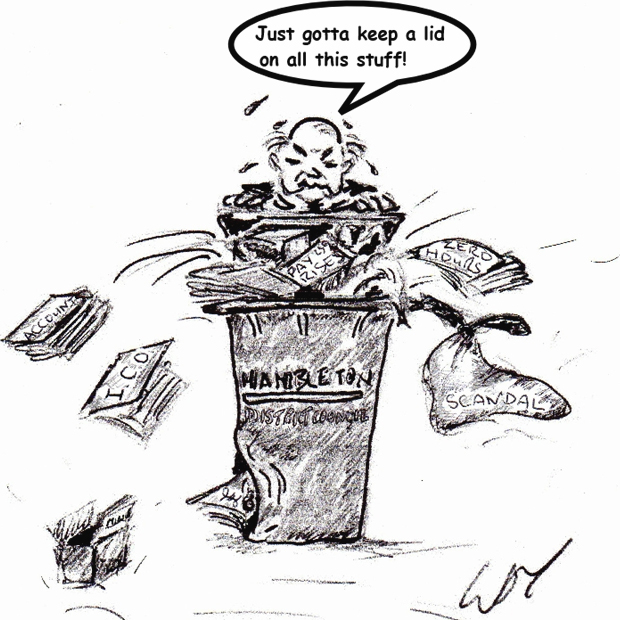