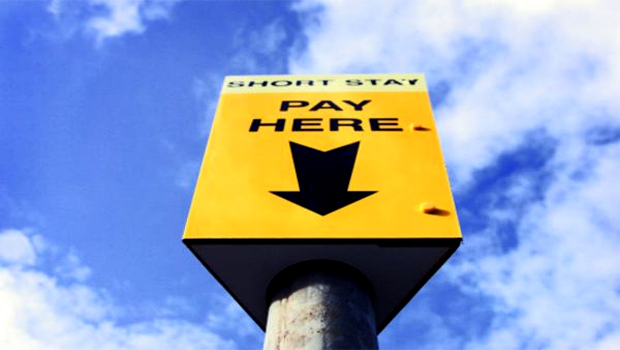 A Letter to the Editor from Bill TETLOW, of Bedale, who has been taking a careful look at the much-vaunted Bedale Gateway Car Park proposals – and finding them wanting.

On Thursday the 2nd of October I went along to the Bedale Hall, where a meeting was being held as part of the Bedale Gateway Car Park Consultation, to see if I could get any answers from the Officers of Hambleton Council who we were told would be there to answer our questions. Well that turned out to be a “Forlorn Hope”.

For example, when I asked a fairly straight forward and basic question: “What documented evidence to you have that proves that people who visit Bedale will walk three hundred metres into the town centre of Bedale from the proposed car park?”.

Answer: “Well other towns have car parks which are a long way out of town”.

When I asked was this really a scientific approach and which towns did they mean I was met with a blank stare.

The attending Hambleton District Councillor was no better when questioned; he had obviously studied at the Nick Clegg school of politics, sit on the fence until you see which side is winning and then join them. 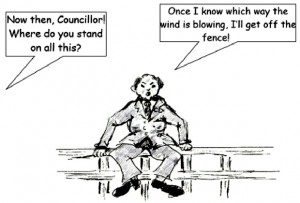 However, just as I was about to give up and leave, salvation arrived in the form of Bedale town councillor Carol Clark who, like me, had come along to get some answers. Firstly, she put forward to me the best case I have heard from anyone for needing the Gateway car park, she did not convince me but she did make me see things differently, but happily, like me, she was strongly opposed to the selling of either the Auction Mart or Bridge Street car parks to fund it.

It was due to some robust exchanges between her and one of the Council officials and the attending District Councillor that they let slip that £400,000 had been set aside in the Council’s budget for the Gateway Car Park and that the selling off of one of our town centre car parks was to make up the balance to the estimated cost of £500, 000 of building it.

So there you have it; we could lose 65+ town centre car park spaces for the sake of £100,000. Not only that, we would be losing a car park nearest where the most housing development is taking place in Bedale and next to our main tourist attraction, the Wensleydale Railway.

The information in the survey put out by Hambleton DC was most misleading, nothing new there I hear you cry, the impression given is that selling off one of the car parks was to fully fund the development not a fifth of it, I am sure that there would have been a hue and cry if the full facts had been made known from the outset.

The question that the electorate of Bedale should be asking is where were our District Councillors who represented us whilst this financial travesty was taking place, why were they not jumping up and down and defending the sale of one of our valuable assets? I may not approve of the Gateway Car Park but many do, and if that is the wish of the majority, so be it. But it should not be at the cost of losing one of the towns amenities because once it is gone we have lost it forever – surely there must be another way of funding the development without resorting to this.

Of course, Hambleton DC may well have a cunning plan; selling the car park off will almost certainly realise more than they need to make up the presumed shortfall on developing the new car park, it will probably realise much more and maybe they have already planned what they could spend it on.

Could it be to fund the 2015/2016 salary increases of CEO of Hambleton DC and his team of cohorts?