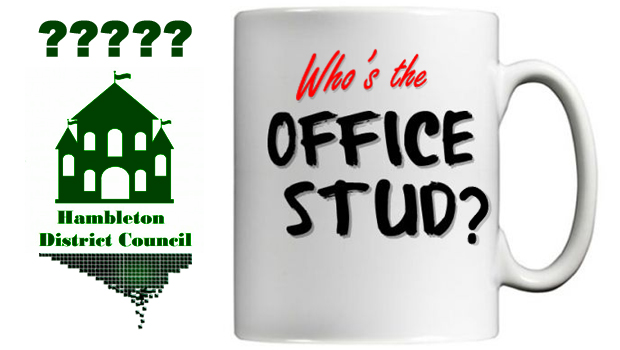 Within half an hour of publication of this article, I received the following email from Dr Justin IVES, amongst other things the Deputy Chief Executive of Hambleton District Council:

Having reviewed the allegations and complaints that you have made recently the Council deem your behaviour to be unacceptable under its Unreasonable Complainant Behaviour Policy.  The Council will therefore not be communicating with you in future on any matter.

Dr IVES, in his haste to slam down the shutters, neglected to include a copy of the “Unreasonable Complainant Behaviour Policy. Only yesterday, he was corresponding perfectly amicably with me. What might have happened in between to have touched such a raw nerve? Deem away, Justin.

Readers of my most recent article (“HDC Whistle-Blower: Who Dunnit? Who Hid It? Own up!” – 29/09/14) on the  ‘Top Five’ – Senior Management Team – at Hambleton District Council, whilst eagerly awaiting the response to my appeal for frank, honest, open and transparent statements on the recent “whistle-blower” allegations, will no doubt have been wondering how the performance of the ‘Top Five’ – as a management team – measures up to expectations or passive perceptions.

How much “bang for your buck” is Phil MORTON and his band of merry men actually capable of delivering?

(Relax, you scandal fiends; the cat will be peeping out of the bag later in this article).

Readers may already be aware that the “bang for your buck” question has been asked before – most recently in an article in the Northern Echo of 19th September 2014, entitled “Council accused of having maths skills of a failed GCSE student after glaring gaffes in accounts”.

It would have been hasty to conclude, on the basis of that final paragraph, that Dr Justin IVES – who, as statutory s.151 Officer (in addition to his rôles as Deputy Chief Executive and Director of Support Services) – was dodging the issue. He was “on leave”.

By 25th September, Dr IVES was back in the saddle and responding to the public concern, as reported in the Northern Echo article “Council defends accounts despite publishing errors”.

The knub of Dr Justin IVES’ defence would appear to rest on his admission:

Well, I suppose that is alright, then. It is of little consequence that an “incorrect version” was made available to the public – we plebs have no “need to know”, anyway, and would never have known the difference.

And if you think that I draw too hard an inference, check out the crowing tone of CEO Phil “Ya Boots” MORTON as he slams the door in our faces as though the “incorrect version” never existed and was never “incorrect” in the first place:

Well, are we not all so very, very wonderful, darlings?

I would guess that my knowledge of corporate accountancy must be somewhere around average. So I would like you to join me as I take a layman’s stroll around the financial pie-chart that HDC offer in the Annual Audit Letter: 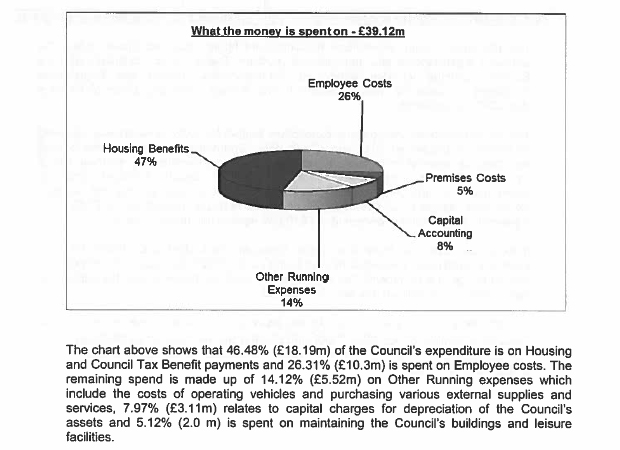 In very round numbers, for every pound spent:

Hambleton District Council presently employs 529 men and women – three out of ten of whom (160) are employed under Zero Hours Contracts at £6.60 per hour (assuming that they do get to work any hours).

Of those Employee Costs (approximately £10million), nearly £½-million went on the exhorbitant salaries of the ‘Top Five’.

It is also interesting to note that Employee Expenses took another £10-million out of the pot – presumably reflected in the Other Running Costs tranche. 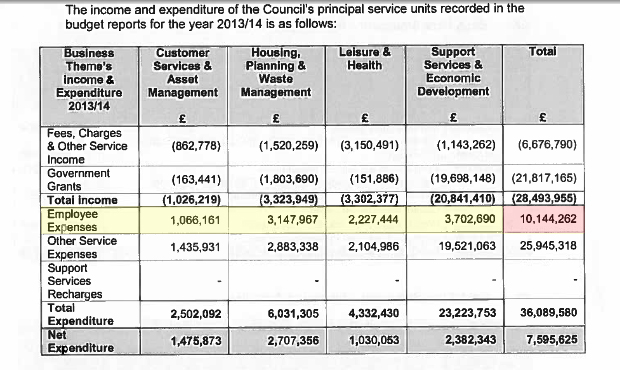 It is, as they say, alright for some.

But for one of the ‘Top Five’ it is not quite as alright as it was before my email to them on 29th September 2014. It may not be so rosy for the other four, either.

In my previous article (“HDC Whistle-Blower: Who Dunnit? Who Hid It? Own Up!”), I described my thwarted attempts to access the “Whistle-Blower” procedure at Hambleton District Council. I was attempting to ascertain how I should go about assisting a “whistle-blower” to share, in confidence and retaining full anonymity, very serious allegations against one of the ‘Top Five’. Having been sent around the houses by Monitoring Officer Gary NELSON and Director of Environmental & Planning Services Mick JEWITT, I arrived at the conclusion that there was simply no will at HDC to address allegations against the ‘Top Five’, just as there has been no will to address the outrageous conduct of Exelby, Leeming & Newton Parish Council.

In my view, an allegation of this gravity, against a man in an extremely lofty position of public trust, should not fall by the wayside simply because the’Top Five’ – paid public servants who have a vested interest in maintaining their own reputations – work in joint enterprise to evade being held to account.

So I decided to precipitate matters by addressing the ‘Top Five’ directly:

Further to correspondence with Mr Michael JEWITT and HDC Monitoring Officer Gary NELSON, I write in connection with my dissatisfaction with the service of those two gentlemen in respect of my enquiries on the subject of the Council’s “Whistle-blowing Charter”.

I have been approached by a would-be “whistle-blower” whose allegations, if true, can only be severely damaging to the good standing of the Council. This is not desirable.

These allegations refer to an incident in which a high-ranking Officer of Hambleton District Council was allegedly caught in flagrante delicto with another member of staff, in the office, during working hours.

The “whistle-blower” also alleges a corporate cover-up of the incident, for the purpose of saving the face of both the individuals concerned and the Council as a body corporate.

Further investigation has indicated that there may be a high degree of credibility attached to these allegations.

I therefore draw the matter to your joint and several attentions. Obviously, strenuous and robust, yet false, denials run the risk of bringing further ignominy upon those concerned – and on the Council as a body corporate. This is undesirable from every perspective.

In summation, this may be a case of one Officer facing the music to spare colleagues a share of any reflected disgrace. Or it may be that the allegations are entirely without foundation. Though I think not.

I look forward to a response to this request for frank, open and transparent statements for publication not later than close-of-play (5:00pm) on Wednesday 1st October 2014.

It is a reasonable enough request.

Thus far, I have received a total of three read-receipts – from Dr Justin IVES, Mick JEWITT and Dave GOODWIN.

Corporate Director Martyn RICHARDS and Chief Executive Officer and Head of Paid Service Phil MORTON have not acknowledged receipt and may, therefore, have not read my email.

Not a single response.

Unfortunately, there seems to be extreme hesitancy amongst the ‘Top Five’ to make a clean breast of things. It is very much a matter of public interest to know the answer to this question:

Because it is absolutely not correct to conceal, or to collude to conceal, such a serious breach of the public trust.

So it is hard to imagine why the Council has not announced either;

Of course, if the allegations that relate to a corporate cover-up are true, the deafening silence from the ‘Top Five’ may be all the answer that we need. And please be clear that taking any part in a corporate cover-up of a serious conduct violation, thus permitting the guilty not only to go unpunished but to remain on the corporate ladder and thus open to promotion to higher rank (and a higher salary), is a fundamentally corrupt act. It is to reward wrong-doing.

(Am I now to tolerate having formal Corporate Complaints handled by Officers who are themselves suspected of corrupt acts and therefore have a vested interest in exculpating colleagues and, by extension, themselves? I think not, Dr IVES).

A false denial now would be catastrophic for the Senior management Team.

But no denial at all has thus far been forthcoming.

Who was the buck? And who did he bang? 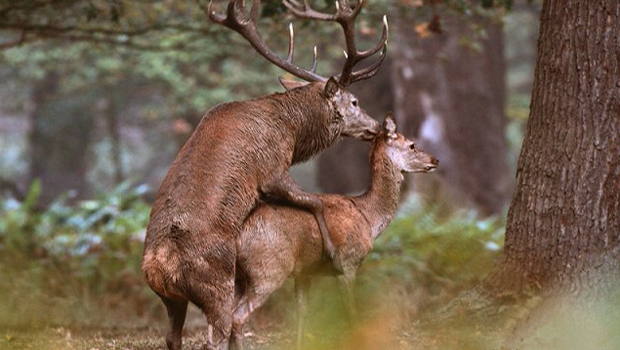 Having lived for a while, twenty-five years ago, in the German Democratic Republic, I know first-hand what it is to live in a “Denunziantengesellschaft” – an ‘Informant Society’ – a society in which citizens inform against their fellow citizens, to the authorities.

Now I live in another kind of ‘Informant Society’ – one in which citizens inform against the authorities, to their fellow citizens.

Strange, that both should make claim to being hailed as ‘democracy’.

The word “democratic” may mean all things to all men, but I would suggest that a democratic society is only truly democratic insofar as the governed can hold their government to account. 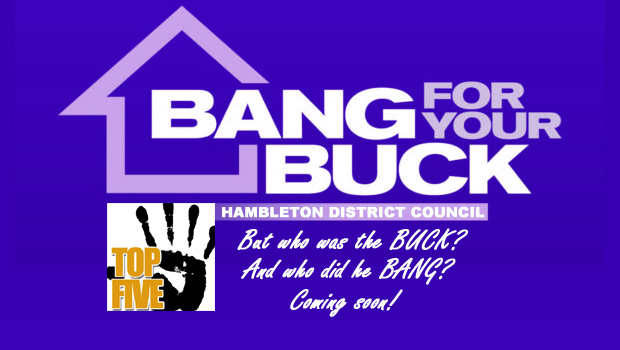