I write to offer a general response to all of the readers who have expressed their astonishment and disgust at the revelations regarding the super-inflated salaries of Hambleton District Council’s ‘Top Five’ Senior Officers. Many readers have taken particular exception to the circumstances in which these salaries were authorised – particularly in the light of the further revelation that three out of every ten HDC employees are actually on Zero Hours Contracts – controversial, widely-discredited and self-evidently incapable of guaranteeing a “living wage”.

Yet Hambleton District Council (HDC) has been patting itself on the corporate back recently over the adoption of its much-trumpeted “Hambleton Living Wage”. HDC published the following ‘statement’ on Friday 21st march 2014:

Members of Hambleton’s Cabinet agreed yesterday (March 18) to adopt a ‘Hambleton Living Wage’ of £7.65 to help its lowest paid employees.

We wanted to adopt the principles of a living wage but decided to implement our own local Living Wage rather that adopt the National Living Wage,” said Deputy Leader of the Council, Councillor Peter Wilkinson

It is good news for our staff and shows them we are committed to helping our lowest paid workers by improving their wage and therefore their quality of life.”

The UK Living Wage Campaign was launched by members of the London citizens charity in 2001 following a National Study which stated that an hourly rate should be set on which people can live – the amount is calculated according to the basic cost of living in the uk.

The Living Wage hourly rate will be set at £7.65 and updated annually on April 1 each year in line with the pay award to local government employees.

That concluding phrase is really quite something.

Would that be in line with the pay awards to the the local government employees who comprise the ‘Top Five’ Senior Officers at HDC?

Clearly, the ‘Top Five’ have very demanding duties and no doubt put in many hours.

Interestingly, the law requires that no-one in this country can be compelled to work more than 48 hours per week. But let us imagine that Phil “Ya Boots” MORTON and his merry men push it to the bitter limit.

On that basis, it is not easy to imagine that the ‘Top Five’ deserve less than six weeks leave per year.

So their annual salaries are actually earned in a maximum of 2,208 hours (forty-six weeks of forty-eight hours per week).

The following table shows the hourly rates at 2014/15 salaries, calculated in the most liberal terms possible:

To be frank, I do not believe that the ‘Top Five’ actually do work 48 hours per work, through 46 weeks of the year.

This pushes Phil MORTON up from a paltry £56.61 per hour to a much more prestigious £78.91 per hour – not bad for a man who recently mislaid my *Highest Priority* email 0f 11th September 2014 lodging a formal Corporate Complaint (an email that even Leader Councillor Mark ROBSON dignified with a read-receipt – though no other comment).

To complete the picture, even the relatively poor boy of the gang – Marty RICHARDS, the Corporate Director – would then cop for a rather attractive £45.97 per hour, instead of the more forgivingly calculated £32.98 per hour. One wonders how the poor soul scrapes by.

And do not get me started about the pension arrangements. I am keeping my powder dry until the magnificent day when Council Officers will find themselves eagerly looking forward to retiring at fifty, on twice their final salary.

Hyperbole, I know; but the point is well made.

“The authority is under a statutory duty to appoint on merit and has to ensure that it complies with all appropriate employment and equalities legislation. The authority’s approach to the payment of all staff is to pay that which the authority needs to pay to recruit and retain staff with the skills, knowledge, experience, abilities and qualities needed for the post in question at the relevant time, and to ensure that the authority meets any contractual requirements for staff including the application of any local collective agreements, or authority decisions regarding pay.”

This seems to suggest that HDC, as a body corporate, holds the view that Chief Executive Officer Phil “Ya Boots” MORTON really does have “the skills, knowledge, experience, abilities and qualities needed for the post” – even though he has shown himself to be  incapable of retaining my formal Corporate Complaint *Highest Priority* email of 11th September 2014. Go to the bottom of the class, Bootsie!

And how does this accord with the cited “statutory duty to appont on merit”?

I will be examing Phil “Ya Boots” MORTON‘s merit in great detail in the coming weeks.

Returning now to the much-vaunted “Hambleton Living Wage” – that benchmark of care in an egalitarian society – Northern Echo reporter Ashley BARNARD offered further detail in her article of 18th March 2014.

“Currently staff at Hambleton District Council are paid above the national minimum wage of £6.31 per hour, with the lowest paid workers earning £6.51 an hour, and apprentices start at £2.70 per hour and can earn up to £5.08 per hour after nine months.

At a meeting of the authority’s cabinet today (Tuesday, March 19) members voted in favour of introducing a Hambleton living wage of £7.65 – but not to enter into the national campaign which specifies employers must also apply the rates to outside contractors.

Let me focus for a moment on that last damning sentence:

How does this sit with the recent Freedom of Information response from HDC that discloses that 2 market supervisors, 3 admin covers and 155 LEISURE ATTENDANTS and COACHES?

Are these 155, by any chance, the “lower paid leisure staff” mentioned in the Northern Echo article? Who else could Ashley BARNARD have had in mind?

I thought that it might be interesting to examine one of these Zero Hours Contracts, at least in relation to noting the hourly rate applicable to ZHC employees.

There are presently 529 people employed by Hambleton District Council. Of these, 155 are employed under Zero Hour Contracts.

3 out of every 10 HDC employees are on Zero Hours Contracts.

Three out of every ten HDC employees are on the Grade 2 Spinal Column Point 6 tariff, shown here in this extract from the contract template:

That £6.60 per hour is the actual figure behind that £7.65 per hour HDC claimed figure in the “Hambleton Living Wage” – £7.65 per hour – that the Council has been sounding off about in the press.

Assuming a more realistic 36-hour week, that would amount to £37.80 per week LESS than Hambleton’s Cabinet would have us all believe.

And that says nothing about the fact that it amounts to only 8.36% – about one-twelfth – of Chief Exec Phil “Ya Boots” MORTON’s massive £78.91 per hour.

That means, hypothetically, that we could have twelve employees losing my emails for the price of one.

Again, why would the HDC Cabinet wittingly mislead the public?

Starting next week, the National Minimum Wage (NMW) is £6.50 per hour. Apparently, Hambleton District Council takes the view that by paying 10p per hour over the NMW, 30% of the HDC staff can be miraculously elevated to the dizzy heights of the ‘Hambleton Living Wage’ where the sky is the limit if one can exhibit the kind of corporate excellence evinced by the likes of Phil “Ya Boots” MORTON. 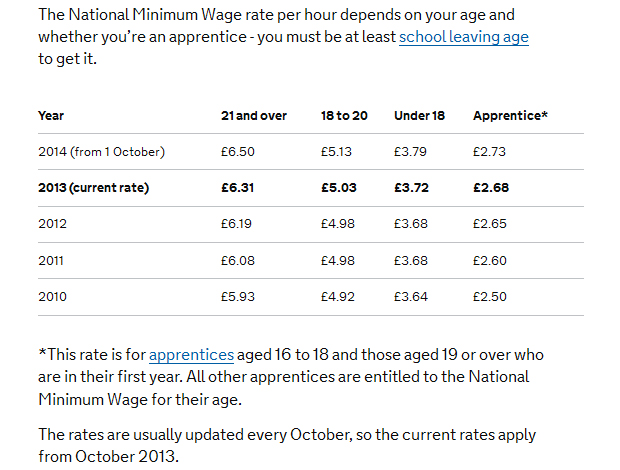 This would seem to suggest that HDC does not give a flying flock what lowly calibre of employee staffs the leisure centre, the important thing is to put a man in the top job who cannot keep track of a *Highest Priority* email.

One more quote from the Northern Echo article is worthy of the very best of our attention:

What Council Leader Councillor Mark ROBSON really means is that this authority looks after its Senior Officers extraordinarily well, but the poor undeserving galley-slaves on the Zero Hours Contracts can starve, for all he cares.

Councillor Mark ROBSON, by the way, picked up a cool £19,112.56 last year in Allowances – not salary, you will note; elected members do not draw salaries. HDC Leader Councillor Mark ROBSON has received £12.06 per hour, based on a 36-hour week, merely to compensate for his inconvenience.

And this is the man who can read-receipt a *Highest Priority* email, but cannot evince the common courtesy – or the transparency – to actually respond to it.

Roll on May 2015. Councillors may be voted out.

But what about the ‘Top Five’? 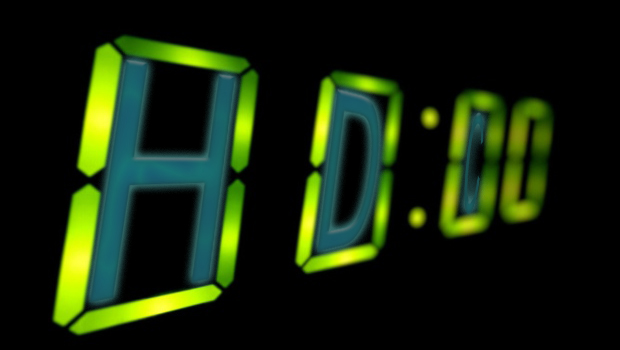