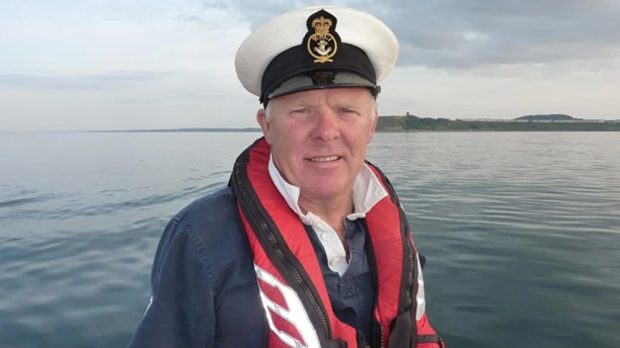 Adrian Carey, RNLI Head of Lifesaving, has provided a new and more detailed press release in regard to the dismissal of Coxswain Mr Tom Clark. Two earlier press releases are shown below.

Scarborough’s volunteer Coxswain was stood down for serious safety breaches that put lives at risk.

While we can’t go into all the details, we can say that the Coxswain led an unofficial exercise in which he took Scarborough’s Shannon class lifeboat to sea with untrained passengers on board and without enough qualified crew members. From the investigation evidence, it is also clear that the untrained passengers on board were given operational control of the lifeboat in poor weather conditions and strong winds.

The lack of a full crew meant the lifeboat was not available for rescue duties and the Coastguard – who coordinate rescues at sea – was not informed that the lifeboat was ‘off service.’ If the lifeboat was required for rescue, it would first have had to return to the lifeboat station, disembark the passengers, and pick up qualified crew, delaying the rescue launch considerably and potentially risking lives.

This was not a simple administrative oversight – crew, passengers, the lifeboat and the RNLI were all placed in a vulnerable position as a result of the Coxswain’s actions.

This series of serious breaches ultimately put lives at risk – the lives of the crew, passengers and anyone who needed to be rescued from the sea that day. No contingency plan was in place in the case of an emergency call.

The investigation into the incident was conducted by experienced RNLI managers and was fair, robust and thorough. The decision to stand down the coxswain was not made lightly – the RNLI recognises that he has served at Scarborough lifeboat station for many years, however it is crucial that all our volunteers accept and meet the required standards of behaviour which enable us to operate a safe and inclusive emergency service.

All charities and emergency services are, quite rightly, subject to scrutiny and must tackle poor behaviour and unsafe practices quickly and effectively. The RNLI takes its responsibilities very seriously.

We are proud of our 238 lifeboat stations and the thousands of volunteers who operate them, but on the occasions when we find required standards are not being met, we do sometimes have to make difficult decisions.

This decision was made by RNLI management and we’d ask people to continue to support the dedicated volunteers at Scarborough lifeboat station, who are working with us and are ready to save lives when the pager goes, despite the current difficult circumstances. 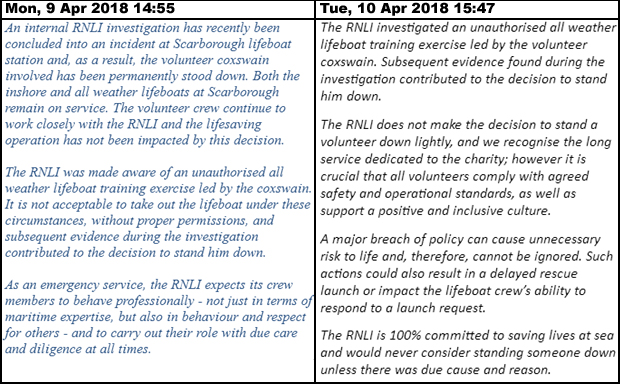