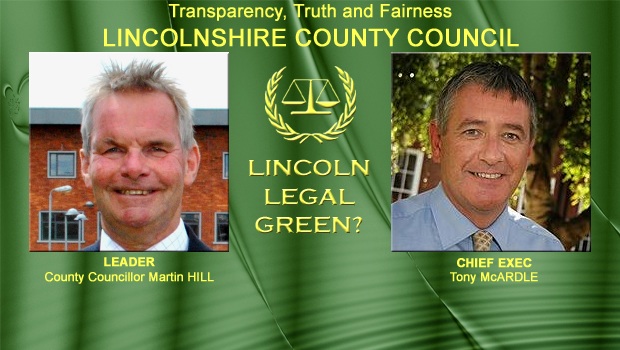 Though ‘out of area’ for the North Yorks Enquirer, Lincolnshire is a near neighbour that, like North Yorkshire, comprises a predominantly rural population that has a considerable dependency on tourism and seaside attractions. Both Counties attract prodigious numbers of holidaymakers. Both are popular destinations for owners of motor-homes and caravans. It follows that developments in one may have ramifications for the other.

My own town – Whitby – has a love/hate relationship with tourism in general – and with motor-homes in particular. The tourists are welcome for the money that they bring into the town; less so for the attendant traffic congestion. One specific bone of contention is the on- and off-street parking of motor-homes, whose owners, though generally well-heeled, are accused of obstructing views, leaving a mess and bringing little to the local economy in the way of spending.

Just as Whitby has been provided with the Whitby Park-&-Ride facility (built with central government funding, maintained through on-street parking revenue) which closes at 7:00pm, the seaside village of Huttoft on the Lincolnshire coast has been provided with the Huttoft Car Terrace, where vehicles over 1.9 metres in height are presently the subject of a botched 10:00pm-6:00am exclusion process – a fiercely contended issue, with local and regional Lincolnshire newspapers. BBC Look North and ITV Calendar covering the action.

Hoping to get to the bottom of the most recent spat in the row, I emailed Lincolnshire County Council (LCC) Strategic Communications Officer Ethan THORPE. He was not helpful, but he soon passed me up the monkey-puzzle tree to one Leigh MIDDLETON, who styles himself Principal Solicitor – so at least as far as legal issues are concerned, I assumed had reached the top man. In all, fourteen emails were exchanged with LCC Legal without me eliciting the information I sought, and yet Leigh MIDDLETON concluded it by averring that he would not correspond further on the subject. I have been dismissed.

Clearly, this is no way for a paid public servant to respond to a simple request for clarification of the most recent in a series of spurious press statements issued by the Council.

I address you in the public domain – the court of public opinion, as I like to consider it – on a matter of conspicuous public interest relating to a series of statements issued on behalf of the Council by Executive County Councillor Colin DAVIE [Con.], et alia, that gives every appearance of comprising, at the very best, hyperbole and, at the worst, a tissue of downright lies. Let the public form its opinion.

I enumerate these statements as follows:

1) The “HUNDREDS of complaints” Statement

Councillor Colin DAVIE’s assertion to the BBC, in justification of the Council’s hostility to motorhomes parking overnight at the Huttoft Car Terrace, that “hundreds of complaints” had been received from local residents. It should be noted that the fact that County Councillor Colin DAVIE [Con.] made these remarks has been confirmed by the BBC. In due course, and through the auspices of the Freedom of Information Act 2000, the true figure was elicited – twenty-four. If this is mere hyperbole, it is so by an order of magnitude. To place it in perspective, this is not unlike a man boasting of owning ten cars when, in truth, he has but one – and that on lease.

It will be noted that of these twenty-four, only sixteen include mention of motor-homes or campervans specifically. Executive County Councillor Colin DAVIE’s “hundreds” is stretched to the bitter limits of disingenuousness. Clearly, this was nothing other than a premeditated falsehood designed to whip up support for the Council’s draconian vendetta against motor-home owners. Neither more, nor less.

Again, it was County Councillor Colin DAVIE [Con.]who addressed the media with the statement:

That was on Wednesday 18th June 2014. It is (or would have been, were it not for the lesson of the previous example) a matter of no small surprise that the mythical “forty summonses” have failed to arrive at their respective destinations. Every last one of them. Not one of the members of the National Motorhome Organisation who have visited Huttoft Car Terrace has reported the arrival of correspondence from the courts of any kind, summonses not excluded.

So, once again, it appears that Executive County Councillor Colin DAVIE [Con.] has uttered a fabrication with no discernibly truthful foundation whatever.

3) The “Legal Action Has Been Commenced” Statement

I refer you now to a statement issued on behalf of the Council by Mr Steve WILLIS Assistant Director for Environment, Planning & Customer Services, who I would judge (from his impressive list of portfolios) to be a member of the County Council’s Officer Executive; in particular, Mr Steve WILLIS stated:

The phrase “The legal process has already begun . . .” is an unequivocal statement expressing the information that court action has commenced. But nothing has been lodged with any Court in Lincolnshire that might serve to confirm the veracity of Mr Steve WILLIS’s statement, which is an arrant falsehood.

I was loath to believe that another spokesperson acting on behalf of the Councillor could be afflicted with the same disregard for the truth that County Councillor Colin DAVIE [Con.] has demonstrated. So, at 4:26pm on 8th August 2014 (hold on to that time and date, please), I emailed your Strategic Communications Officer Mr Ethan THORPE, pointing out the spurious nature of Mr WILLIS’s remarks and requesting a correction. I stated:

“No claims have been lodged with the courts. No summonses have been served. The matter is not yet sub judice. Ergo, the legal process has not begun. The statement is false.

At the very least, the Council’s News Release is little more than disingenuous bluster, unbefitting servants of the public, who are bound by the Officers’ Code of Conduct to treat others with respect at all times, in accordance with the first Nolan Principle of Public Life. It is manifestly disrespectful to the public to issue false statements.

I therefore formally request that the Council issues a revised News Release more reflective of the true state of affairs.”

I regarded that as a reasonable and prudent request, courteously delivered, and I anticipated an immediate and transparent statement of clarification from the Council.

Astonishingly, there followed a protracted exchange of fourteen emails, during which Mr Ethan THORPE passed me to Mr Leigh MIDDLETON, who proved equally unable to make the decisive distinction between “investigations are on-going” and “the legal process has been commenced”.

For the avoidance of doubt, the distinction is this:

An “investigation”, unless premeditatedly and maliciously biased, may lead to a prosecution. Equally, it may not. Only at the conclusion of the investigation can that be ascertained.

Conversely, a “legal process” can only be said to have begun when formal charges have been laid before the Court.

This distinction is clear and it is important because it highlights the crux of the burgeoning public mistrust of local government, nationwide. The public abhors double-talk, and I concur.

But the clincher – the ‘silver bullet’ – arrived on Saturday 15th August, a week after I first approached Mr Ethan THORPE, when I found myself copied into an email sent by him to a member of the public at 1:12pm on 8th August 2014.

You will recall, gentlemen, that my email to Mr Ethan THORPE was sent at 4:26pm on 8th August 2014 – over three hours after Mr Ethan THORPE had already stated the following:

. . . which is all I wished clarified in the first place. Mr Steve WILLIS Assistant Director for Environment, Planning & Customer Services – who was copied into that same email – was being massively disingenuous when he told the media that:

Can you explain to the public, gentlemen, why Mr Steve WILLIS’s bare-faced lie should be acceptable to the public?

Can you explain to the public, gentlemen, why it was good value-for-money that your Council Officers – paid public servants – played pat-a-cake with me over fourteen exchanged emails which, now the truth is known, were expended solely on the construction of a stone wall of zero transparency in defence of Executive County Councillor Colin DAVIE [Con.] and Mr Steve WILLIS, who, in fact, had lied in their teeth to press and public? Please explain that.

Considerable officer-time and no doubt a deal of intra-departmental discussion was expended on the pointless task of attempting to avoid the disclosure of what had already been disclosed.

The net outcome of this exercise has been to portray the Council as a collective of fools – and liars. Really quite deplorable.

Time and again within the cloistered environment of Council Legal departments, solicitors of at best mediocre talents are being promoted far beyond their competency and experience. They are suffused by a sense of self-importance and omnipotence, buttressed by inflated salaries and plum pensions, and they are incapable of admitting error – or even of condescending to approach the negotiating table.

What conclusion should the public draw from this, gentlemen?

Is it the case that from Executive County Councillor Colin DAVIE [Con.], near the top of the Lincolnshire monkey-puzzle tree, down through descending serried layers of legal eagles to Mr Ethan THORPE, the propaganda wing of Lincolnshire County Council is populated by congenital liars?

Or should the public beware of shooting the messenger – lest the true source of this series of utter fabrications is to be found at the very top of the tree?

I would be grateful if you would offer the public a transparent statement on this question. What is the name of the true source of all this bullshit?

The people will decide what part our delusional Executive County Councillor Colin DAVIE [Con.] will play as a paid public servant in Lincolnshire. Such is democracy.

Lincolnshire County Council now stands in the embarrassing position not only of having adopted a high-handed and adversarial posture against members of the public, whom it is mandated to serve, but of having resorted to stupid and indefensible distortions of the truth to bolster its weak and morally indefensible policy.

So I call upon you both now, as public servants at the top of your respective careers, to resolve the present stand-off in an honourable and humanistic way. Do not succumb to the blandishments of lickspittles and minions whose advice is worse than worthless. Meet with the motor-home owners in an apologetic and conciliatory spirit. Cut them a fair deal.

In short, demonstrate your capacity to exemplify the seventh Nolan Principle – LEADERSHIP.

‘Authority’ is the assumption of ultimate responsibility. Please bear it wisely.

If that much is beyond you, you will need to prepare for an onslaught of public contempt. 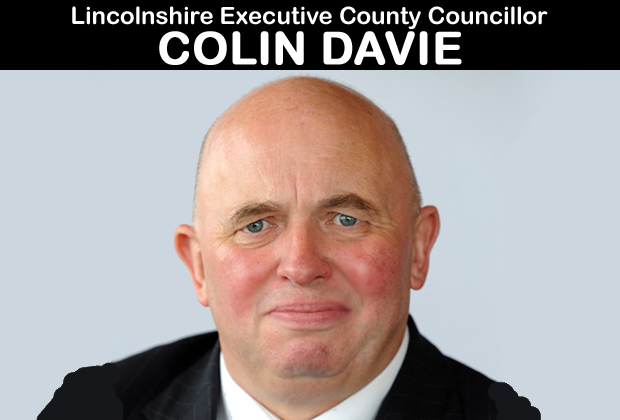