On The Legality Of Parking Bye-Laws

A Letter to the Editor from Andy STRANGEWAY of Full Sutton, raises some important aspects of local government bodies abusing statutory regulations in the implementation of bye-laws and by-passing public consultation requirements.

Prior to my getting involved Lincolnshire County Council (LCC) had erected numerous height barriers with some being removed by persons unknown. Then LCC invented a problem that does not exist. Despite claims made to the BBC within the last two weeks of hundreds of complaints with regards the coastal car parks there are only 24.

On the basis of these 24 complaints LCC spent two years introducing a byelaw that should never have been signed off by the Department for Communities and Local Government (DCLG). LCC Principal Solicitor stated:

Did you see the jump?

Who says the stated issues are due to motorhomers? Fabrication. But this does not prevent LCC working closely with the DCLG to introduce a byelaw.

The LCC successfully introduced a byelaw to prevent overnight parking in numerous coastal car parks by using legislation that cannot be used for a car park. Furthermore, the Department for Communities and Local Government (DCLG) approved this byelaw. Based on this evidence, the DCLG could have signed off hundreds of byelaws in England that should not be in place.

This is a national scandal.

The DCLG provides a list of subjects which are covered by general legislation and which are not therefore judged to be suitable for byelaws. Numerous subjects on the list are fundamental to the reason for and the purpose of this byelaw these include:

LCC, on the basis of this byelaw, have been saying for two weeks they have issued 40 summonses. Myself and all my supporters still await a summons. We will challenge every summons on various grounds.

Then there are the recently introduced fisherman’s permits, of which I own one, that allows overnight parking. Who is to say that one of the fishermen issued a permit is not subjecting local residents to “noise, nuisance, excessive litter, fires from campfires, and verbal abuse” ? 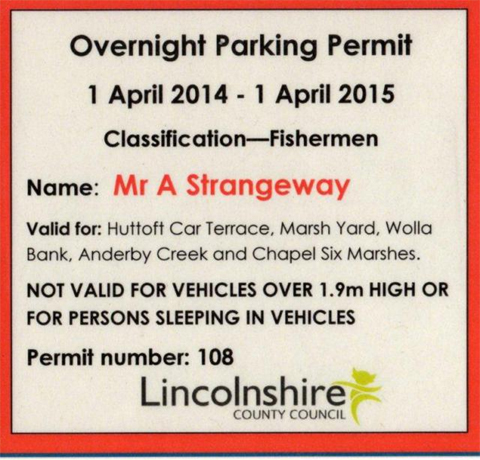 So why was the byelaw introduced to prevent parking overnight and the height barriers erected at a cost of £100,000 for LCC to then issue permits to park overnight? From my experience such action only happens within a short distance of a camp site, there are many camp sites in the area! Motorhomes do not require the services of a camp site on a daily basis.

The future of the UK motorhome industry is at risk due to these discriminatory and illegal practises of local authorities like LCC. This is an industry with current growth of 15% per annum. There are 215,000 motorhomes in the UK. The majority of these spend their holidays in Europe where they are welcomed. In addition motorhomers from France, Scandinavia, Germany, Italy etc do not visit the UK due to these policies. These policies are costing the UK tourism industry millions.

I am in no doubt that I can park a car, van or motorhome overnight at any of the coastal car parks including Huttoft Car Terrace and LCC will never be able to prosecute me.

I welcome their attempt to do so. 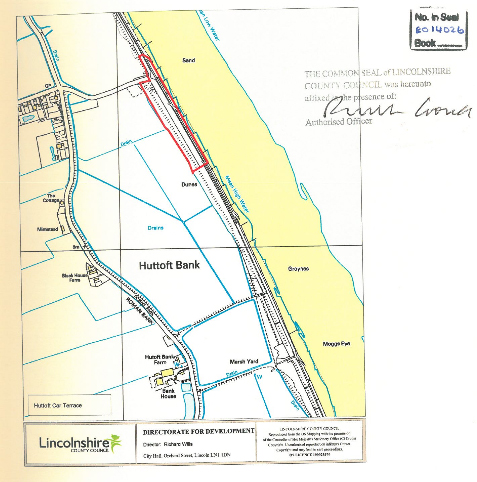