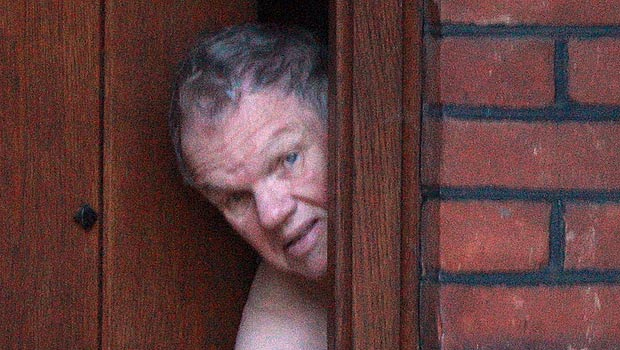 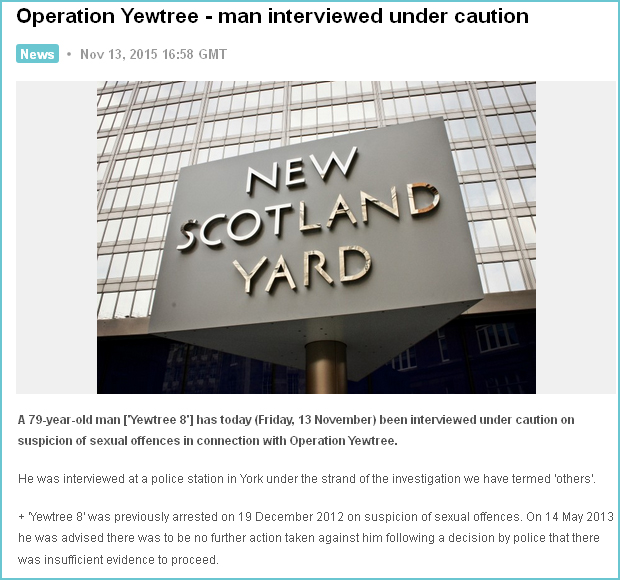 York is within the operational area of the North Yorkshire Police.

Sources close to the Police have confirmed that the 79-year-old man in question is Ted BESTON. As I write, this information is already being shared widely on the Twittersphere.

This is of interest because Ted BESTON was Jimmy Savile’s Radio 1 producer at the BBC.

Ted BESTON, known to his friends and colleagues as ‘Uncle Ted’, had been previously arrested on Wednesday 20th December 2012.

In a statement released through his solicitors the following day, the former Radio 1 producer was said to be shocked by the allegations. The statement concluded, “What emerged in October 2012 was a side of Savile that Mr Beston never knew.”

As Mandy RICE-DAVIES famously stated, in the dock of the Old Bailey, “Well, he would say that, wouldn’t he?”.

However, on 14th May 2013, New Scotland Yard announced that they would be taking no further action.

Ted BESTON, who produced many of SAVILE’s Radio One shows – including “Savile’s Travels” (broadcast from 1968 to 1973) – toured Britain with SAVILE and visited him in Scarborough many times.

The first of the BESTON arrests is understood to have been in consequence of the nine allegations of sexual abuse which followed the disclosure an audio-recording ‘out-take’ from one of the “Savile’s Travels” episodes, in which a girl interviewee could be heard to shout “get off me” and “get off my backside”. It is not known at which location the episode in question was recorded.

Following the recent assertions of John MANN MP that North Yorkshire was one of three main locations identified in the second Geoffrey DICKENS MP dossier (handed to then Home Secretary Leon BRITTAN in 1983), in which multiple ‘big name’ alleged paedophiles were identified), the national focus would appear to be shifting inexorably towards North Yorkshire. 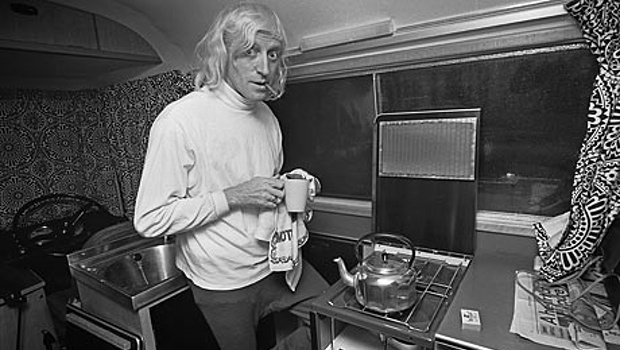