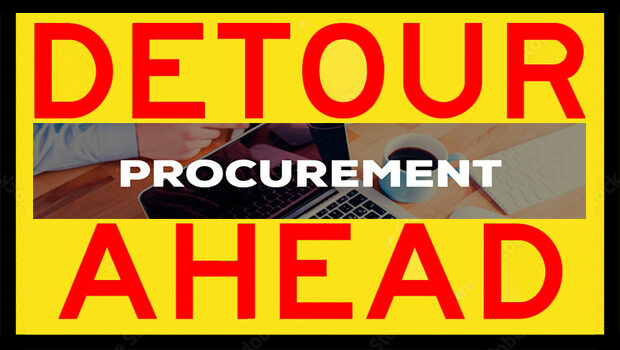 North Yorks Enquirer’s harbours correspondent ALLAN ROBERTS examines the rationale behind yet another autocratic short-cut of democratic checks and balances.

I am puzzled to note that, on 25th May 2022 and under the heading ‘Coast and Flood Defence Maintenance’, the SBC Leader Cllr Siddons has used his delegated powers of “urgency” to:

“Approve an exemption to Contract Procedure Rules on the grounds of urgency.”

“Approve entering into a new Term Service Contract with Transcore Ltd for a period of two years.”

I was somewhat surprised by Cllr Siddons ‘urgency’, when one considers the Council’s less than adequate attitude on coastal flood defences and which I covered, in depth, in an article dated January 2021, which can be accesseed via this link.

Briefly, and to summarise that article:

SBC records show that over the last 12 years, the expenditure for at least three separate sea defence surveys of the South Bay, none of which have been acted upon, now stands at over £1.3m.

In particular, the risk to personal safety was outlined in three significant statements.

“The current height of the Spa sea walls is not sufficient to prevent severe wave overtopping, which causes damage to the promenades and adjacent areas and presents a serious risk to public safety.”

“The existing defences along this frontage were not adequate, based on their anticipated structural performance over the next 50 years.

Wave over–topping is a significant risk along this frontage to people (risk to life), vehicles, the promenade and associated infrastructure.”

“300 times the recommended safe limits for pedestrians, placing people, vehicles and buildings at risk of injury, death and damage.”

Nevertheless – and despite spending £1.3m on surveys – the Council decided to ignore the results of those surveys –  and its own Officers’ warnings of risk to life – and chose instead to do nothing to enhance the sea defences in the South Bay.

So, to return to the present time and Cllr Siddons’ decision of “urgency”, made under the guise of a Coastal and Flood Defence heading:

Could it be that Cllr Siddons has at last grasped the reality contained within the numerous consultants’ Reports regarding rising sea levels, etc, in South Bay, and of course, his Officers’ consequential warnings of risk to life if the recommendations of those Reports continue to be ignored?

Sadly, the answer to that question is a resounding “NO!”.

Scrutiny of the Report that obviously prompted Cllr Siddons’ sense of “urgency” does nothing to pro-actively address the inadequate sea defences in South Bay, and has everything to do with the West Pier Regeneration Plan.

The Report states that the contract will remain with the same company that has held it since 2006, and that among their services:

‘they will provide reactive maintenance works to the coastal defences, coastal slopes and flood sites within the Borough.’

“Reactive maintenance” indicates, I suggest, that any work done on coastal defences or flood sites will be simply to repair damage after the event – and then sit back and wait for the next event, as has been the case since 2006.

Nothing new there, then, to trigger Cllr Siddons’ sense of “urgency”.

It is when one reads further down the Report that, perhaps, the real reason for Cllr Siddons’ Urgent Decision reveals itself:

‘Failure to put in place a contract will leave the Council unable to maintain its assets, unable to react to any incidents and facing delays to delivery of its Harbour Towns Fund Project.’

The Risk Matrix that accompanies the Report also warns that failure to appoint the preferred contractor could cause:

‘Possible delays to other Towns Fund projects which require to follow on from maintenance works’.

Is it mere coincidence that the Report that triggered Cllr Siddons’ sense of “urgency” is signed off by Marc Cole, the man parachuted in by SBC to enforce the highly contentious West Pier Regeneration Plan?

It is a plan that has seen estimated costs increase from £6.5m to £11.4m at the latest count.

It is a plan to develop and build in an area with a history of flooding, overtopping and poor sea defences.

It is a plan that has made no provision to improve those sea defences.

It is plan within an area that is singled out for special attention in the current and on-going overhaul of Scarborough Sea Defence Strategy thus:

“Specifically for Scarborough South Bay, particular attention will be given to the sea flooding risks along Foreshore Road and the physical constraints on potential options imposed by existing infrastructure and businesses.

This may reveal opportunities to think creatively about planning and land use development in a broader context and link into wider regeneration and placemaking aspirations.

The effects of climate change, and in particular sea level rise, on wave overtopping, coastal erosion and beach loss are critical in such considerations.”

Does this Leader’s Urgent Decision by Cllr Siddons have anything at all to do with Coast and Flood Defence (despite its title), or is it a cynical ploy to by-pass the normal contract procurement procedures to ensure that Marc Cole will be able to force through his West Pier Regeneration Plan before time runs out? 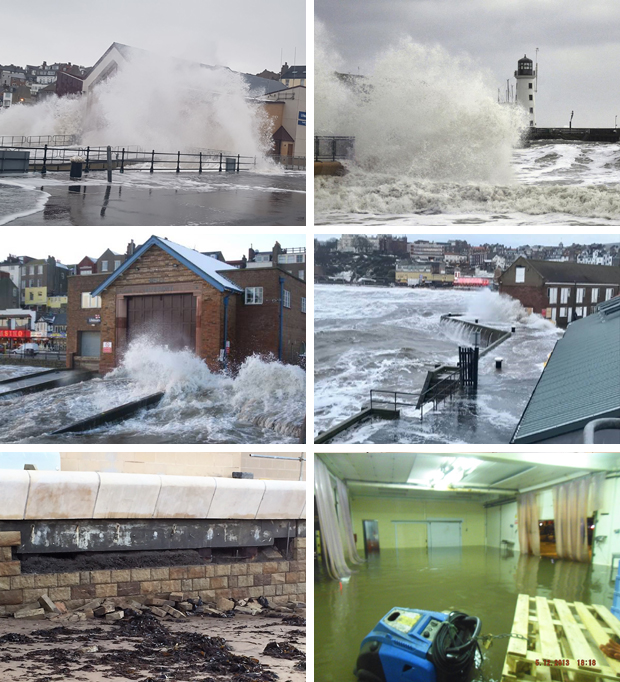