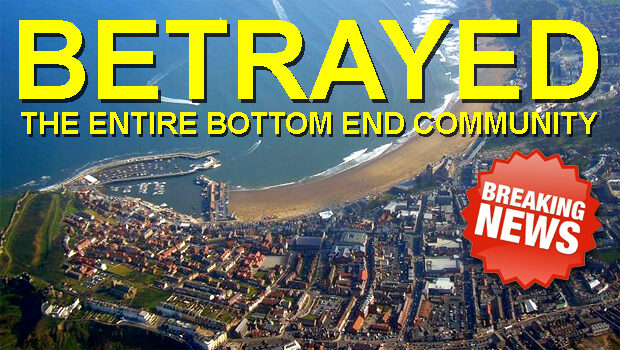 It is important to note that the Scarborough Town Deal Board (STDB) is NOT a democratically elected body; it comprises carefully selected ‘dignitaries’ and ‘luminaries’, predominantly from outside of the Borough, who have scant knowledge of the Harbour or the Town Centre and appear to have been ‘hood-winked’ by SBC Officers.

The eight-page Open Letter expresses, in a clinically well-argued and appropriately documented manner, the signatories’ collective sense of outright betrayal and sets out damning allegations which include:

This Open Letter forms the Part One of a series of publications mounting a pre-legal challenge unprecedented in local government history.

Part Two will appear in a few days time, with further revelations to follow.