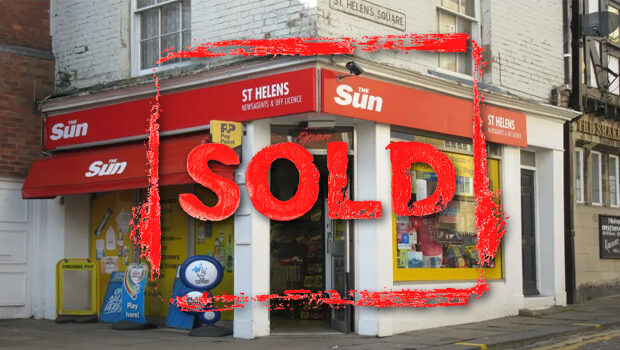 Opposition Councillors are up in arms over the Leader’s Urgent Decision (issued last Friday 17th December 2021) to purchase a ground-floor shop and a flying-freehold maisonette at 1 St Helen’s Square, Scarborough.

According to Zoopla, present market value is estimated at £48,940: 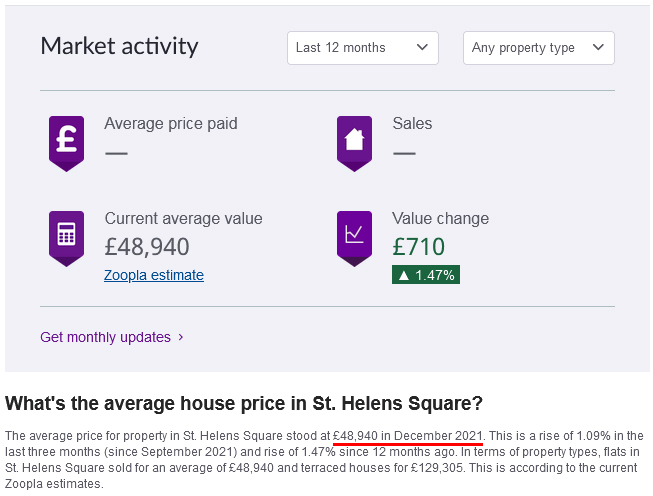 According to as-yet unconfirmed (but historically reliable) sources within the Council, the Leader authorised payments of circa £108K for the flying-freehold maisonette and circa £140K for the ground-floorshop.

The point at issue is that, irrespective of prices, the previous owner of the flying-freehold maisonette, as a member of the Scarborough & Whitby Labour Party and a former SBC Labour Councillor (2015/19), is personally known to the Leader – and to the four Labour members of the Planning & Development Committee (Councillors Subash SHARMA, Rich MAW, Stuart CAMPBELL and Theresa ‘Gluey’ NORTON) – who, in my view, should all have declared their personal and prejudicial interests.

Monitoring Officer Lisa DIXON, in correspondence on a separate matter, has confirmed that the duty to ensure that the Council acts lawfully at all times resides with her.

Disturbingly, it would appear that although Councillor SHARMA did declare a personal and prejudicial interest regarding his close association with the former owner of the flying-freehold maisonette (at a meeting in July 2020), thus drawing the matter to Mrs DIXON’s attention, the Monitoring Officer appears to have overlooked this association, both at the Planning & Development Committee and for the Leader’s Urgent Decision.

Thus, the suspicion arises, in my mind at least, that Mrs DIXON (perhaps ‘under instruction’) may have ‘turned a blind eye’ to the above-mentioned irregularities.

I can now confirm that Opposition Councillors are now hot on the trail, having taken action to ensure that this apparent case of Labour sleaze is fully investigated. Openly and transparently:

This motion has the full support of the Conservative Group, whose Leader has written to the Council as follows:

The Conservative Group on SBC are disappointed that their request to have the purchase of a property in St Helen’s Square, Scarborough, called into Scrutiny has met with no response from officers at Scarborough Borough Council. We ask that the suggestion that the current owner was a member of the Labour Group at the Council as recently as 2019 is explored fully and transparently.

We asked for this urgent decision be put before the Council’s Scrutiny Board and Audit Committee to determine that due process can be fully investigated and that declarations’ of interest were recorded in the correct legal manner.

The Leader of Council opening remarks when he became leader were “that decision making would be more open than ever seen during the past administration “ and yet here he is making secret deals in agreeing the Council purchase a property from a former Labour Councillor.

So again we call for a full investigation into how our Council Tax payers money is being spent.

There’s blood in the water and the sharks are circling . . .

I conclude by adding my support. I live in Whitby, in the Borough of Scarborough. This is my Borough. I am not pro-Conservative. I am not pro-Labour. I am not remotely in favour of party politics at the local level. Above all, I will not tolerate sleaze.

One shocking aspect of all this is that the Labour Leader seems to have lacked the political savvy to foresee that there would be hell to pay over a secret deal reminiscent of the worst excesses of the 1960’s and 1970’s – the POULSON years – when corruption was rife in Labour Councils throughout the north of England.

Had the Leader abided by his inauguration promise of “openness and transparency”, none of this need ever have arisen.

Meanwhile, I am preparing a detailed article examining other property transactions here in the Borough. I hope to complete that article quite soon. I await confirmation of the authenticity of a single document. I hope not in vain.