[Part Two to follow in the course of the week].

An article appeared in our regional newspaper, the Yorkshire Post, on Friday 3rd May 2013, entitled “Councillor probed on ‘failure to register company”, in which Scarborough Borough Council Legal Director Lisa DIXON was quoted as stating that former SBC Councillor (Con) and erstwhile Chair of the NYMNPA Planning Committee Tim LAWN’s failure to register his formation of, and directorship in, Hollybush Minerals Ltd in October 2012 had been reported to the North Yorkshire Police. She went on:

“Although a member of the public referred this to us as a complaint, we were already taking steps in relation to the matter. However, the investigation has now been referred to North Yorkshire Police and we are unable to comment any further at this time.”

Real Whitby had broken the story of Tim LAWN’s Register of Interest irregularities eight weeks before, on 8th March 2013; “From York Potash, With Love”.

Tim LAWN resigned from SBC – and thus from the NYMNPA – on 18th March 2013. Strangely, his Register of Interests was adjusted to include his interest in Hollybush Minerals Ltd just two days later on 20th March 2103.

Real Whitby subsequently expanded on that first article a fortnight later on 2nd April 2013, in a follow-up article entitled “From Scarborough Town Hall, With Anger”, commenting on the belated appearance of Hollybush Minerals Ltd on Tim LAWN’s Register of Interests.

It has since been confirmed by the North Yorkshire Police that the matter was referred to their Major Fraud Investigation Team only a matter of days before the publication of the Yorkshire Post article – in fact, during the week 29th April to 3rd May 2013.

And I have in my possession an email from a Johnston Press (JP) reporter, sent earlier this month, asserting that in a telephone conversation to SBC a month previously (circa Monday 8th April 2013), the assurance was given that Tim LAWN’s apparent failure to have declared his interest in Hollybush Minerals Ltd was nothing more than an oversight – an inadvertent failure to update the on-line Register of Interests in a timely manner.

In fact, a Formal Complaint from a member of the public was sent by email to Lisa DIXON, in her capacity as Monitoring Officer of SBC, on 21st March 2013 – at least a fortnight before SBC asserted to the JP journalist that everything was in order.

SBC’s assertion to the JP journalist on around 8th April 2013 (nearly three weeks after the Formal Complaint of 21st March 2013) that there were at that time no grounds for taking action against Tim LAWN  – let alone reporting him to the Police – was the truth  . . .

Lisa DIXON’s statement to the Yorkshire Post on 3rd May 2013 that it was already known before the Formal Complaint of 21st March 2013 that a serious breach of the law had taken place was outright disinformation – a lie.

Conversely, if Lisa DIXON was telling the truth, why had the JP journalist been provided with blatant disinformation – a lie.

Let us be clear; both cannot be true.

Somebody has been  “economical with the truth”.

But who? And why?

One explanation may be that any delay in reporting the matter to the Major Fraud Investigation Team was motivated by a desire to avoid any further adverse publicity damaging to the Council, the NYMNPA and the prospects of re-election of the ‘double-dippers’ (predominantly Conservatives) in the NYCC elections on 2nd May 2013.

Another explanation might be that Lisa DIXON’s letters threatening legal action against Real Whitby and the Corruption Busters (28th March 2013) would be terminally undermined by an admission that it was, in fact, Real Whitby who had alerted her to a very serious breach of the Code of Conduct on the part of Tim LAWN that she, as Monitoring Officer, had completely overlooked.

But there is more.

Stay tuned – and ask yourself this: 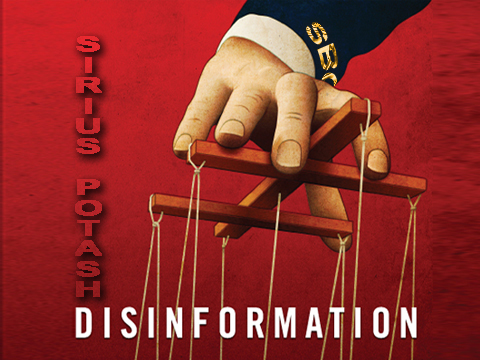