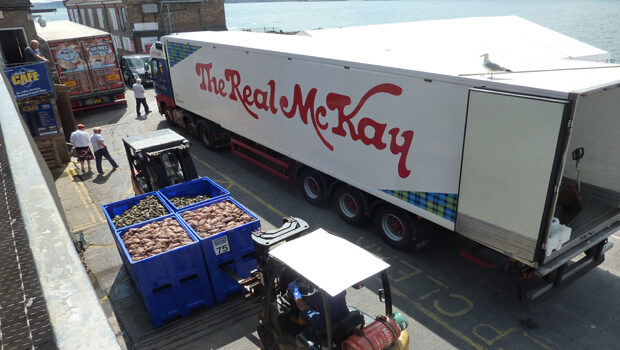 Once again the Councils disregard for Scarborough harbour users, and in particular the fishing industry, manifests itself.

A recent re-application to extend the balcony over-looking the landing area of the West Pier, by the Lookout Café, prompts me to examine the issue once again.

A previous application was made in late 2020.

That application was subsequently, and sensibly, withdrawn by the applicant following justifiable criticism from within the fishing industry that the location of the supporting columns presented an unsafe obstruction for the operation of the landing davits.

Notably, that application has just one letter of support – from the SBC Harbour Department – which stated:

Returning to the present 2021 application, the plans are perhaps misleading for two reasons.

Firstly, the plans depict the the pier to be 22′ wide overall, the carriageway of which will be narrowed to 14’8″ by the location of the supporting columns.

The plans, however, do not mention, or show, the size and location of the landing  davit bases, which are 3’6″ deep, and intrude into this space.

Using the SBC planning deptartment’s own ‘Idox Measuring Tool’, I have superimposed the davits, to scale, onto the Application plans, and they show that the carriageway will be narrowed by 50%, to 10’4″, from the present 22′, by the obstruction caused by the proposed columns. 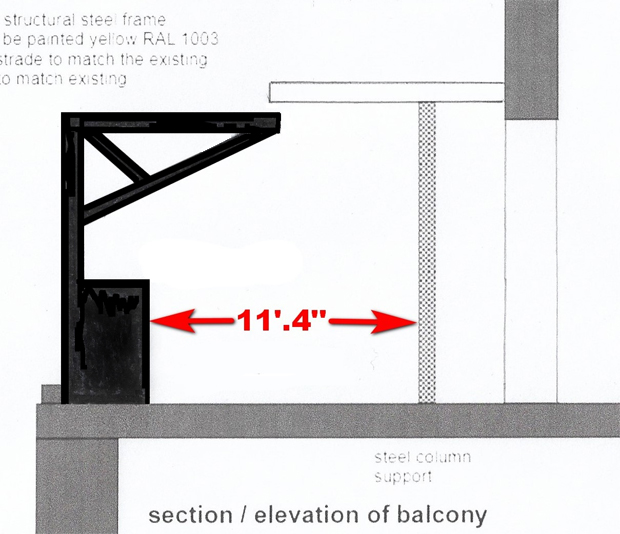 Secondly, and as this snip taken from the text of the application shows, the plans describe the area below the balcony as a ‘footway’, and the supporting columns as ‘obstacles’.

To describe this area as a footway is is untrue. In fact, the area is a busy – and at times a hazardous – area, buzzing with fork lifts loading and unloading catches, bait, gear, etc., and is the ONLY area that provides direct access to the fish market and the landing davits.

The area in question is also the only area that provides direct access to the first floor warehouse entrances all of which have their own hoisting apparatus, as can be seen in the attached images, with gear often lifted directly from trucks etc, up to the warehouses.

As stated earlier, the supporting columns are correctly described in text of the planning application as ‘obstacles’.

Too right they are! And my view is: 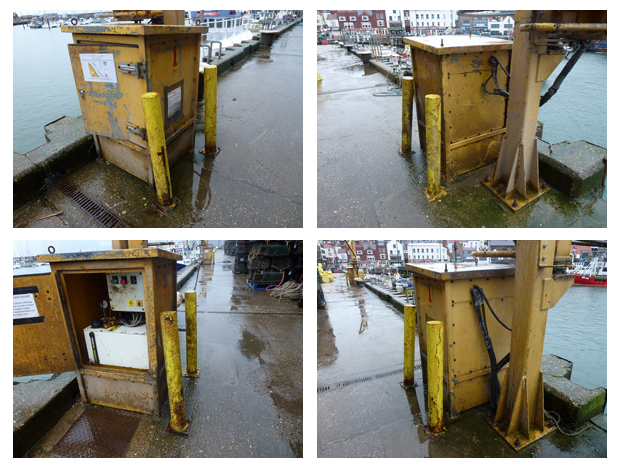 The present balcony was NOT originally intended to be part of the Café, but was designed and constructed with the SOLE intention that it would merely provide a safe viewing area for spectators, that offered zero interruption, or interference, to quayside working activities.

That requirement still exists today. and is a fact that the present owners must, or should, have been well aware of when they took on the Café.

In addition to the above observations, when looking at the entrance access to the lookout, one must question the reasoning of a council who are willing to consider the expansion of a Café located within the heart of what is a busy and hazardous industrial site, as the images below indicate.

Back to the drawing board I reckon….. 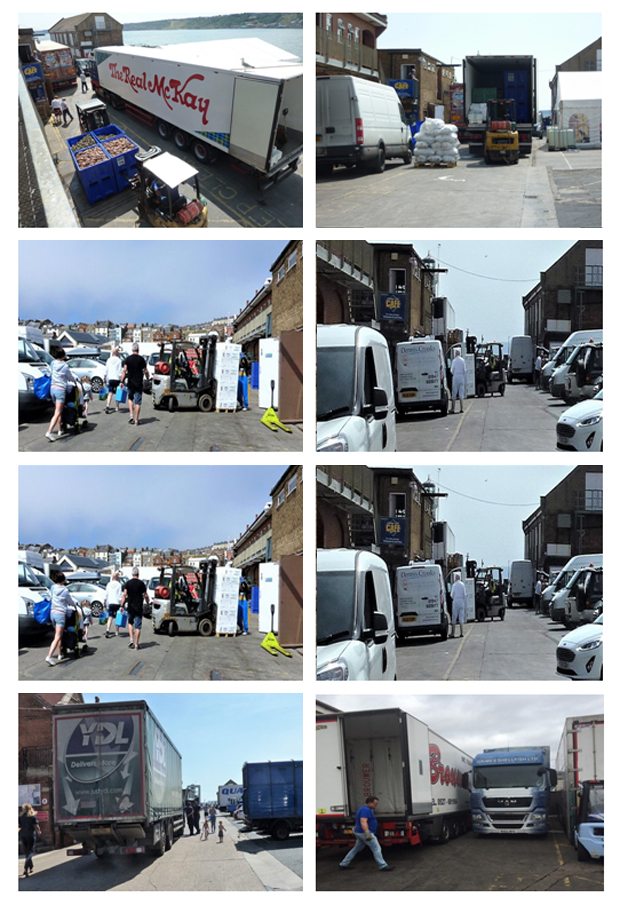