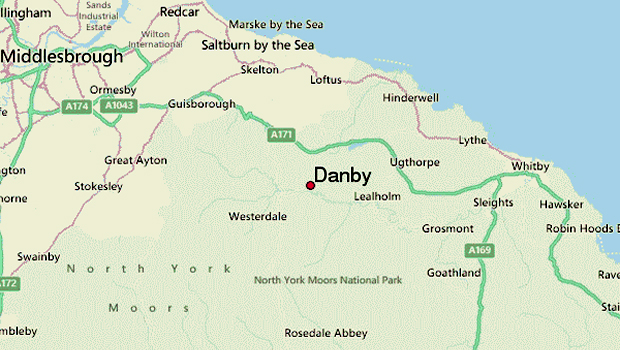 On Wednesday 10th June 2015, my companion and I visited the Danby Group Parish Council (DGPC), sitting in Castleton, near the head of the Esk Valley, on the northern flank of the North Yorks Moors National Park (NYMNP).

We had high hopes of at last encountering an exemplary instance of third-tier local government at its most competent and transparent, since the present Chair, Councillor Pam REEVES, was formerly Clerk to the Council for over thirty years – time enough, one would have thought, to accumulate considerable procedural acumen.

So I was surprised when Councillor Pam REEVES greeted us with a request to identify ourselves. She must surely have been aware that her Council has a statutory obligation to respect the privacy rights of members of the public under the terms of the Data Protection Act 1998. For reasons which will presently become apparent, I make a point of mentioning here that members of the public stand under no obligation to identify themselves at any Council meeting and so I politely declined to do so.

As the appointed hour of 7:00pm approached, my companion made a point of notifying the Chair that the meeting would be filmed, in accordance with the terms of the Openness of Local Government Bodies Regulations 2014 (in force since 6th August 2014).

What followed is difficult to believe. 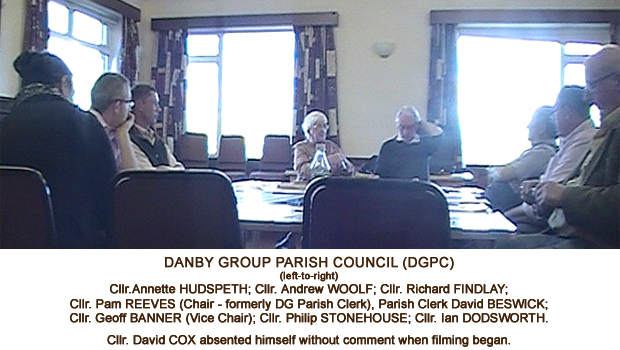 No sooner had Chair Councillor Pam REEVES opened the meeting and raised the filming issue when Councillor David COX jumped to his feet and, without comment or explanation, made a dash for the door. He quite literally ran off! Perhaps his pants were on fire? Perhaps he did not relish being identified on YouTube? We may never know.

Then, without leave from Chair Councillor Pam REEVES, Vice Chair Councillor Geoff BANNER began to interrogate me in what I would charitably characterise as an officious manner, repeatedly interrupting my patient attempts to explain to Council that the law provides no option for the Council to prohibit filming.  They may not like it, but they must lump it.

Between interruptions, I did manage to point out that Article 9.2 of the meeting’s Agenda (shown below, though please excuse the poor quality of this photo-montage of the Parish Notice-board – the Council does not provide printed Agendas for members of the public) was framed to address the up-dated Yorkshire Local Councils Association (YLCA) ‘Template Rules for Filming/Recording Council Meetings’, which one would have hoped and expected Councillors to have read and digested prior to the meeting.

Clearly, Councillor Geoff BANNER had not.

I suspect he was not alone in that omission – though in fairness, Parish Clerk David BESWICK seemed to be au fait with the ‘Template’ but, alas, he could not find a way to penetrate Councillor Geoff BANNER’s hostile harangue against me.

(I have previously reproduced the YLCA ‘Template’ – in my article entitled “Hinderwell Parish Council: Something To Hide?”, published on 30th May 2015 – for those readers who may wish to study it).

Notwithstanding the fact that DGPC has no option in regard to being filmed, Chair Councillor Pam REEVES (she of the 30+ years experience as Clerk, remember) ruled that the Council would proceed to take a vote on whether or not to “allow” filming. Go figure!

So Councillors were called upon to vote, one at a time, beginning with new member Councillor Annette HUDSPETH (who, by the way, was alone in expressing an interest in receiving training as a Councillor), who unhesitatingly voted in favour, stating, “I’m all for transparency and accountability”. Bravo, Councillor HUDSPETH!

In the event, only three Councillors took part in the vote, resulting in a 2:1 decision in favour of ‘allowing’ my companion to film. Again, bravo!

But then, to my genuine astonishment, Chair Councillor Pam REEVES announced that she would now proceed to use her casting vote to . . . . to . . . to . . she knew not what. A Chair, of course, may only use her/his casting vote (second vote) in the event of a tied vote. How Chair Councillor Pam REEVES could conceivably have served for over thirty years as Parish Clerk without understanding that most rudimentary condition beggars belief.

I had to point out that 2:1 is not a tied vote. But neither the Clerk nor any of the other Councillors sought to correct the Chair, who is clearly accustomed to wielding her ‘experience’ in such a way as to brook no ‘interference’ from lesser members.

In the midst of this pantomime, Chair Councillor Pam REEVES made another crucial error, addressing me thus:

To which I responded:

Then, despite me having alerted Chair Councillor Pam REEVES to her error, she promptly repeated it only a matter of a few moments later. That goes beyond mere ignorance of legal requirement (never a valid defence) – and strays into the realms of sheer stupidity. Or insufferable arrogance.

No apology was forthcoming on either occasion – nor at the end of the meeting. Very poor form indeed.

It is a sad fact that many of the Parish Councils in North Yorkshire operate in this slapdash manner. Regular Enquirer readers have already seen what a shambles prevails at Folkton Parish Council (FPC); at Exelby, Leeming & Newton Parish Council (ELN); at Seamer & Crossgates Parish Council (S&CPC) and especially at Whitby Town (Parish) Council (WTC), all of whom conduct the affairs of their respective parishioners with less rigour than a scratch game of snap in an old people’s home.

It is also unfortunate that too few Parish Councils (DGPC amongst them) ‘bother’ to maintain a web-site, thus precluding convenient internet research of their statutory public-record documentation – and this despite the fact that most District/Borough Councils offer to provide a web presence for their Parish Councils without charge.

And Parish Councils who prefer not to be beholden to their District/Borough, there is the option to draw upon the services of a number of private sector web-design/hosting companies who also offer web-site design/construction/maintenance free of charge. East Ayton Parish Council (EAPC), for example, uses a firm called www.parish-council.com.

There is nothing (except, perhaps, for an innate affection for secrecy) to prevent DGPC from doing the same.

So there is really no excuse for DGPC placing me in the position of having to lodge a request under the terms of the Freedom of Information Act 2000 for sight of such basic documentation as members’ Registers of Interests; the Council’s Standing Orders; its Complaints Procedure; its Data Protection Policy, its Procurement Policy (and history), and so on. This will place an avoidable workload on DGPC Clerk David BESWICK, who I would guess works perhaps only one day per week.

Given that all of these documents could (and should) be readily available on a DGPC web-site at no cost to the Council (and therefore placing no additional burden on the Precept) or the public, one can only assume that the Council actually prefers its activities to be shrouded in secrecy.

In the prevailing political climate of (proclaimed) transparency and accountability, this is completely and utterly unacceptable.

I am a localist; I favour decision-making taking place as close to its effects as possible. But not in the hands of incompetents and fools. It is, therefore, a matter of regret for me that many North Yorkshire Parish Councils – DGPC amongst them – are simply not fit for purpose. Would that they were fit for purpose.

The Local Government Act 1972, the Representation of the People Act 1983, the Localism Act 2011 and similar legislation provide a fair and democratic framework for local government. If Councillors and Council Officers would only embrace these laws, in letter and in spirit, rather than seeking every possible means by which to circumvent them, then there would be no work for the citizen-journalists of the North Yorks Enquirer . . .

But for over forty years now, many Parish Councils have operated under the radar oblivious to their legal responsibilities, often in the hands of egotistical and despotic nonentities. They are anachronistic and unaccountable – even to the Local Government Ombudsman.

Time to get it right, DGPC and others. Or hunker down and accustom yourselves to continuing constructive criticism and penetrating scrutiny. You choose.

The time is ripe for sweeping reform – or abolition. 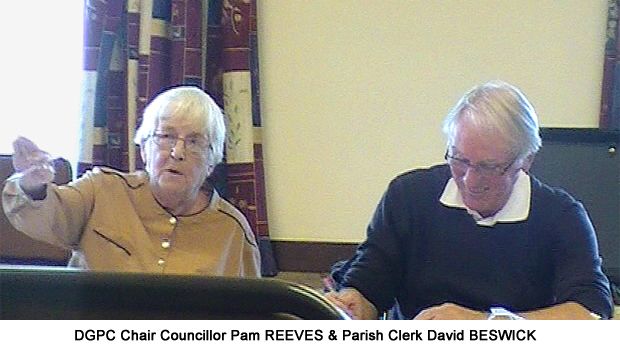 [“Keep it short!” demands Chair Councillor Pam REEVES of a member of the public invited to comment – as Clerk David BESWICK shares with himself a knowing grin. Retirement beckons, Councillor REEVES.]

Very good work, Nigel. Very good indeed. There has been far too little public scrutiny of local government, so that a lot of the wrong kind of people have been attracted to it, for reasons usually having more to do with financial self-interest than a desire to serve the community. The fourth estate, so necessary to good governance, has visibly been withering on the vine over the last two decades. The still slumbering sheeple-types think “democracy” just happens, like the weather. Those of us who know better are having a lot of responsibility thrust towards us. More power to your elbow.

Many similar comments have appeared, though none more cogent than the above – for which the author has my sincere thanks.