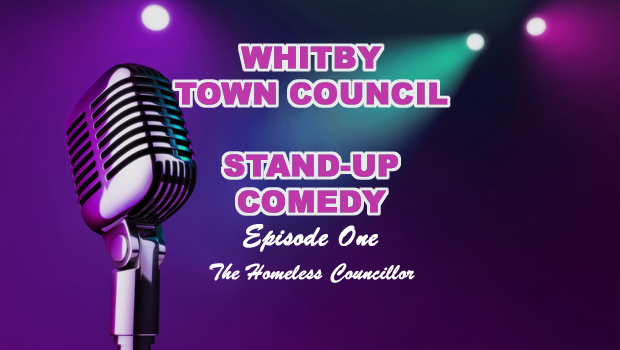 Subsections 29 – 34 of Chapter 7 of the Localism Act 2011 concern themselves with the declarations that Councillors (whether elected or co-opted) must submit for their Registers of Interests, and the penalties contingent upon any failure to do so.

In particular, Subsection 30 defines the nature of such interests as must be declared by Councillors – including interests attributable to Councillor’s spouses. Or spice. Which I prefer.

Fine levels are set under the terms of the Criminal Justice Act 1982 (as amended):

It is hard to imagine, given the foregoing, that Whitby Town (Parish) Councillor Rebecca PEARSON could have submitted a declaration for her Register of Interests that may, by including a false declaration, place her in jeopardy.

The presumption has to be, therefore, that Councillor Rebecca PEARSON is either homeless – as she has formally stated – or she is looking down the barrel of an up-to-five-grand fine.

Because, in Article 7 of her Register of Interests (the Article requiring declaration of the Councillor’s home address of 23 St. Hilda’s Terrace, Whitby, YO21 3AE – a fundamental datum of identification, as it appears on the WTC web-site), Councillor Rebecca PEARSON has asserted that neither she nor her spouse holds any beneficial interest – either as an owner, a lessee or tenant – in the Council’s area. Councillor Rebecca PEARSON has asserted that she has no home in the Borough of Scarborough. In my view, this is unlikely to be true. And it raises questions as to the legitimacy of Rebecca PEARSON’s Nomination for the recent WTC election – a non-event in which all candidates were returned unopposed.

To qualify for candidacy in the WTC election, hopefuls are required to have a home or business in (or within) 4.82km (3 miles) of the Parish Boundary. Technically, by failing truthfully to satisfy Article 7 of the Register of Interests, Rebecca PEARSON may have negated her own Nomination.

But more to the point; why would any public servant (albeit one who has never enjoyed a mandate) wish to evade disclosure of her/his home address?

And how could a Town Clerk, a Deputy Town Clerk and a trainee Town Clerk between them overlook such a glaring omission in a statutorily required legal document?

Perhaps these questions should be addressed by (or to) Scarborough Borough Council Monitoring Officer Lisa DIXON – a recognised authority on false statements – whose duty it is to maintain the accuracy of the Register and to expedite investigation and subsequent referral to the SBC Standards Committee (and, perhaps, the North Yorkshire Police) of potentially criminal infractions?

Of course, there could be an innocent explanation.

It could just be one more example of a Whitby Town (Parish) Councillor signing off a statutorily required legal document without grasping its meaning or significance – a commonplace enough act of stupidity, one might allow, though no lesser an infraction for that.

No-one will notice – much less care a fig.

For a mere £230K a year, what does it matter? It’s only stand-up comedy. It has no impact on real life.