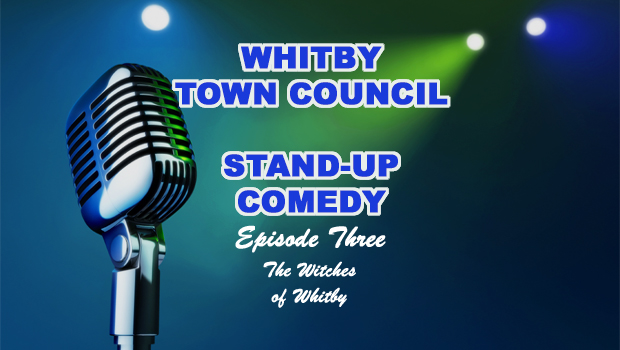 Readers may examine a host of well-documented reasons to conclude that Whitby Town (Parish) Council has been hi-jacked by a relatively small number of Councillors who have shown themselves to be dishonourable, dishonest and downright disreputable – the so-called ‘Witches of Whitby’.

These Councillors have been poorly advised and, in some cases, appear to have been misled – either from ignorance or design – by the Town Clerk Mrs Pam DOBSON.

My intention in this “Stand-Up Comedy” series of articles is to highlight the lengths these people will go to in their efforts to cling to their imagined ‘power’. I hope to communicate just why it is that I believe there is no place for them in public life.

Episode One – WTC: The Homeless Councillor exposed a noteworthy discrepancy in the Register of Interests of Councillor Rebecca PEARSON – a relative triviality, in itself, but one that demonstrates the sort of ignorance and incompetence that must inevitably expose the Council (in its present incarnation) to negative criticism.

Episode Two – WTC: A U-Turn Goes Around The U-Bend exposed the Council’s (and the Clerk’s) ignorance of the WTC’s own Standing Orders, compounding a whole host of departures from regulatory constraints.

This present article deals with the determination of a slim majority of WTC Councillors who have wittingly chosen NOT to hold elections for all seven vacant seats, preferring instead to allow only the by-election for the casual vacancy caused by former Councillor Derek ROBINSON’s refusal to serve without a proper electoral mandate to go ahead.

This ensured that the remaining six seats were destined to stand vacant for some time, since the Council had already resolved (8 votes to 5) NOT to co-opt, thus ensuring that the present junta (as I choose to call it), led by the Witches, would not be subjected to the risk of being out-voted by new, genuinely elected Councillors who may not subscribe to the ethos of the ‘old guard’, preferring to represent the will of the people.

But there have been developments . . .

Firstly, let us consider the following advice to WTC from Kerry RUSSETT of the SBC Electoral Team:

The highlighted passages are of special interest: 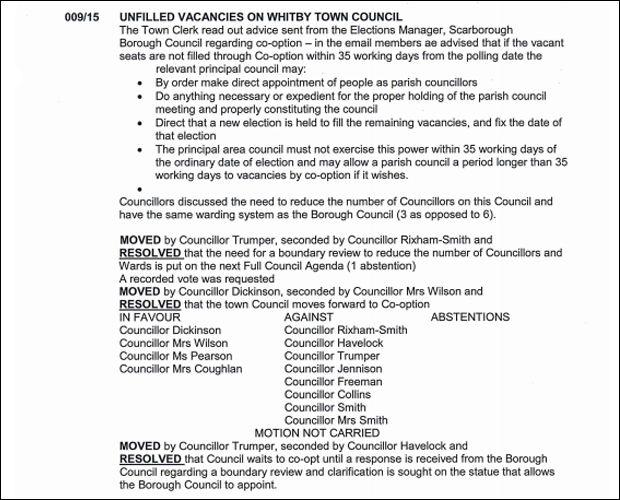 Note the names of the Councillors who voted in favour of co-option.

So it is now clear that it is WTC (or, rather, a slim majority thereof) who so strenuously oppose holding democratic elections for the six remaining seats – not SBC.

But SBC does want to see the seats filled and is looking to WTC to fill them.

So let us now consider Item 14 of the Agenda for this evening’s (7th July) Meeting of WTC:

Yes. That is correct. This latest move, signed off by Town Clerk Pam DOBSON, seeks to revoke the Standing Order 11, which prohibits the Council from revisiting its Resolution NOT to co-opt within six months of that Resolution:

Revoking Item 11 is therefore a necessary preparatory step towards taking a second bite at the co-option cherry.

The bottom line is that the Council (or, rather, the Town Clerk, with her precious little coven) appears to be manipulating the democratic process in such a way as to prevent the electorate from electing Councillors into the six remaining seats, preferring to re-draft the Standing Orders in order to evade the existing prohibition against revisiting the co-option Resolution.

It is easy to understand why.

By limiting the membership of the Council to the existing thirteen (out of a required nineteen) members (once the casual vacancy is filled) – plus any cronies acceptable to the controlling junta – the junta will be able to prevent the people of Whitby from gaining any democratic representation in the Council at all, with the sole exception of the winner of the 3oth July 2015 by-election – either Jeff BOOTH or Richard INESON.

That is about as far removed from electoral democracy as it is possible to be, short of dictatorship.

But cui bono? Who benefits?

Given that our Town (Parish) Councillors receive no Allowances (with the exception of the Mayor), it would be easy to imagine that there is no plausible motivation for the junta to cling so determinedly to their imagined ‘power’.

Nevertheless, it is interesting to note that Mayor Councillor Heather COUGHLAN is on the receiving end of a nice little perk – a free (return) flight to Anchorage, Alaska (paid for by the tax-payer out of the circa £230K Precept), as this line in the accounts betrays:

What despicable little minds these people have.

Shortly after publication of the above article, I obtained sight of the draft Minutes of the Full Council Meeting of June 2015. Astonishingly, the witches’ brew turns out to be more convoluted than previously decribed.

The Council unanimously Resolved to request SBC to hold an election for ALL vacant seats on the Council. 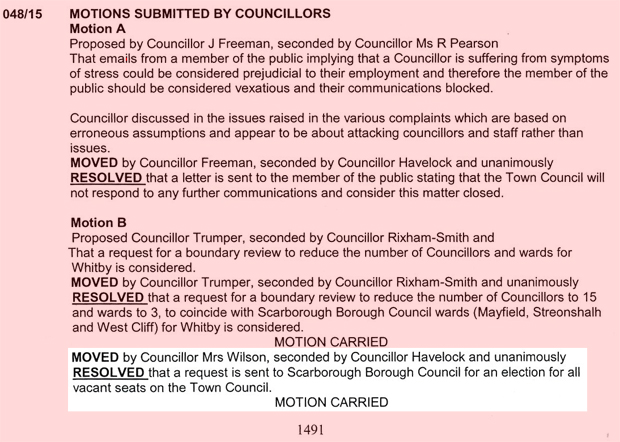 Does Councillor Noreen “You can shove your camera up your arse” WILSON even know what day it is?

S0 now tell me you have confidence in this circus of clowns. 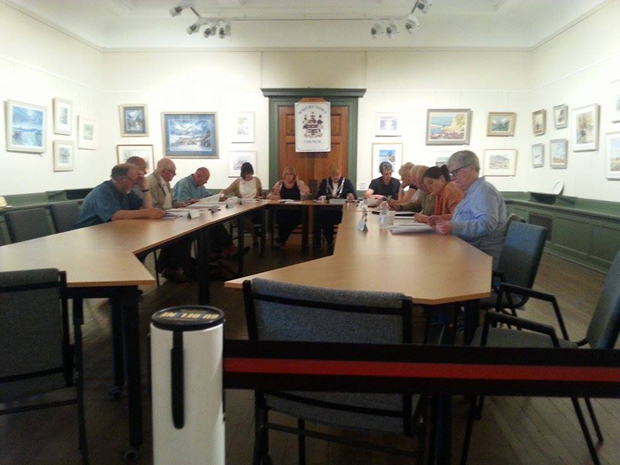 Apparently, the Council has now Resolved NOT to co-opt. It seems that they do not want any additional members – either which way.